Blog updates via Email
It’s not a secret that social media doesn’t stand still; the question is, how can brands keep up with those changes to effectively engage their target audiences? Social media experts at this year’s Social Media Week in New York City provided some hints by highlighting a number of trends and best practices that are emerging in the social space. Here are five key trends to keep an eye on:

Facebook is still the top social network but it’s quickly reaching a saturation point, which means marketers and advertisers will find it increasingly difficult to engage audiences. “There are only so many places to put an ad on Facebook,” notes Evan Neufeld, VP of intelligence at L2, a digital consulting firm. Furthermore, users are becoming immune to the ads. Neufeld shared research from his firm that showed promoted posts received 12,016 interactions (clicks, shares, likes, etc.) in Q1 2016, but that number decreased to 9,731 interactions in Q3 of last year.

Brands have to find more ways of engaging users on Facebook beyond providing an offer and a call-to-action ad, agrees Greg Fitzgerald, director of customer acquisition at Blue Apron. “Our customers get the concept [of Blue Apron],” Fitzgerald says. “Now it’s about how do we differentiate ourselves.” The company is exploring additional ad products on Facebook, he adds, such as video and Canvas, which opens a full-screen rich media page when users click on a News Feed ad.

Snapchat and Instagram are among the top contenders for user attention and ad spend on social media. However, both platforms have unique characteristics that marketers should be aware of. One of those differences is a matter of scale. The most viewed Snap pulls in about 66,000 views whereas Instagram pulls in 800,000 views, according to L2.

Consumers also use Snapchat and Instagram for different purposes. Snapchat is about “communication and connection” while Instagram is about “broadcasting and validation” according to creative agency Big Spaceship’s Victor Pineiro, a social media SVP, and Katie Minard, a community strategist. They explained the differences further:

Instagram: Permanent, a popularity barometer, and about the aspirational self.
3. Influencer marketing goes mainstream

In a world where organic reach on most social platforms has been sharply reduced, “any social campaign that’s gone viral has had some paid component,” suggests Lydia Daly, SVP of social media and branded content strategy for Viacom Velocity. “Paid has gone from optional to essential.”

The rise of influencers who can help extend a brand’s reach is an outgrowth of the paid media trend. But the challenge is to find the right influencers to share your brand’s message in a way that’s meaningful to the influencer’s audience. Brands are more likely to be successful if they avoid micromanaging influencer campaigns, advises Karmelina Parouka, VP of digital production for MTV International/Viacom International Media Networks, who listed the top three things a brand can provide to develop a successful influencer campaign:

At the same time, just hiring an influencer isn’t enough. It’s important to remember that other brands are also pursuing influencer marketing, says Blue Apron’s Fitzgerald. “Everyone claims that they have a unique stable of influencers, but the reality is you’re probably going to be working with the same people as many other brands,” he says. “And so it’s still on you [the brand] to help the influencer find ways to tell your story in a unique way.”

Remember when Salesforce nearly bought Twitter? A few years ago it might have made sense for Salesforce, a company known for transforming customer service through CRM data and cloud computing, to acquire Twitter, which had positioned itself as the go-to channel for customer service. These days, Twitter is looking less and less like a customer service channel and more like a news channel.

In fact, various industries such as consumer electronics, retail, and CPGs, have decreased using Twitter for customer service responses, according to L2. Between Q1 and Q3 of 2016, the number of customer service inquiries that consumer electronics companies used Twitter for dropped 15 percent; retail 13 percent, and CPGs, 24 percent. It could be that other tools such as live chat and chatbots are becoming more commonly used for customer service, Neufeld notes. Brands should also reassess whether Twitter still fits the audience they’re trying to reach.

YouTube recently revealed that viewers worldwide watch more than 1 billion hours of YouTube videos per day. Americans watch 1.25 billion hours of live and recorded TV a day, according to Nielsen. It won’t be long before video viewership overtakes TV, but marketers should think twice before repurposing TV ads for video, warns Ian Schafer, chairman of Deep Focus, a marketing agency.

Audiences are looking for content that they “trust” will be engaging, but have incredibly small attention spans, he notes. Marketers should concentrate on the first two seconds of a video, he explains, because that’s how long it will take for viewers to decide whether they’ll continue watching. In other words, brands will find an increasingly large audience through digital video, but the bar for capturing those audiences continues to rise.

As user behavior and expectations change, so must the social platforms in order to capture user attention and ad spend. And while the technology might change, the underlying message remains the same: companies need to listen to and understand their customers if they are going to effectively engage them. 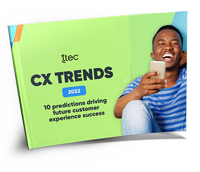 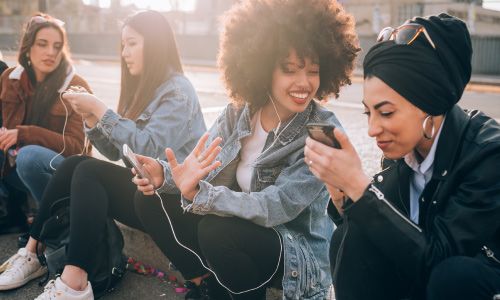 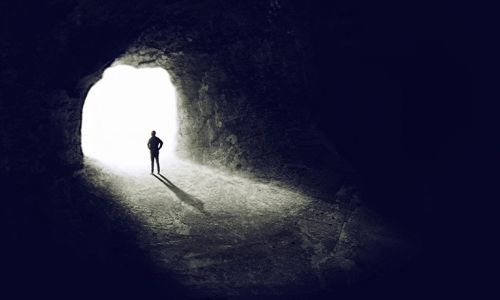