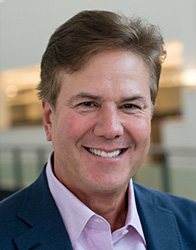 Mr. Tuchman founded TTEC in 1982 with the goal of humanizing the customer experience. Under his leadership, the company has become one of the largest global providers of digital customer experience technology and services, with more than 60,000 employees on six continents. Mr. Tuchman has served as Chairman of the Board since 1994 and was Chief Executive Officer from 1994 until 1999, resuming the position in 2001.

A lifelong entrepreneur, Mr. Tuchman started his first business venture as a teenager and created companies in the automotive and advertising sectors before founding TTEC. He has nearly 40 years of experience in the customer experience technology and services industry, driving innovation, growth and profitability in all economic cycles.

In 2007, Mr. Tuchman launched the TeleTech Community Foundation to empower employees to support organizations and causes important to them. The foundation focuses on improving the educational experiences of students in the communities where TTEC operates. Mr. Tuchman is also a director of the Tuchman Family Foundation, which helps people build safe, healthy and productive lives by funding projects focused on education innovation, breakthrough medical research, positive social change, community well-being and environmental sustainability. In addition, he serves on the board of directors of the Denver Center for Performing Arts and the board of trustees for Colorado Succeeds.

Mr. Tuchman is a member of the 2021 Titan 100, a program recognizing Colorado’s top 100 CEOs and C-Suite executives. He is also a signatory of the CEO Action Pledge, which commits CEOs to creating a more inclusive workplace for their employees, communities and society at large. In 2016, Mr. Tuchman received the Colorado I Have a Dream Foundation’s Dream Maker Award, which honors a community leader whose commitment to quality education has had an enduring impact on area youth. 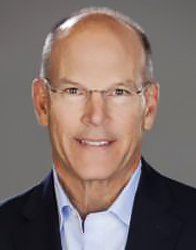 Steven J. Anenen was elected to the board of directors of TTEC in May 2016 and serves as a member of the Nominating and Governance and Executive Committees. In 2018, Mr. Anenen joined the board of directors for DealerSocket, an automotive industry focused customer relationship management and digital marketing software company. In 2014, Mr. Anenen led the spin-off of the Automatic Data Processing (NASDAQ: ADP) Dealer Services Group to create CDK Global (NASDAQ: CDK); and served as CEO and a member of its board of directors between 2014 and 2016. Prior to the CDK spin-off, Mr. Anenen spent almost 40 years with ADP, serving as the president of ADP Dealer Services, a leading provider of technology solutions to the automotive industry, between 2004 and 2014; and senior vice president North America Systems between 1998 and 2004. During his tenure with ADP, Mr. Anenen oversaw the global expansion of the business into more than 100 countries, grew the dealer services business to over $2 billion in revenue, and led the transition to digital through the transformational acquisitions. 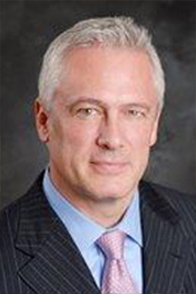 Tracy L. Bahl was elected to the board of directors of TTEC in July 2013 and serves as the Chair of the Compensation Committee, and as a member of the Nominating and Governance and Executive Committees. Starting in 2020, Mr. Bahl joined Welsh, Carson, Anderson & Stowe, a private equity firm specializing in healthcare and technology investments (‘WCAS’), as an operating partner for its healthcare group; transitioning, in July 2021, to the additional role of a managing partner for Valtruis, a newly formed WCAS’ value-based care portfolio company. In 2020 Mr. Bahl joined the board of Glooko, a connected health diabetes care company. He also serves as an advisor to Cricket Health, a comprehensive kidney care provider, to SCALE Physician Group, a healthcare delivery platform, and to C2FO, a fintech company. Previously, Mr. Bahl served as the President and CEO of OneOncology, a General Atlantic portfolio company that provides administrative, operational, and scientific support to oncology practices throughout the U.S. Between 2013 and 2018, Mr. Bahl served as executive vice president, health plans for CVS Health. From 2007 to 2013, he served as a special advisor to General Atlantic, a leading global growth equity firm. Between 2013 and 2015, Mr. Bahl served as a member of the board of directors of MedExpress, a chain of urgent care service centers throughout the U.S.; and between 2008 and 2011 as the executive chairman for Emdeon, a provider of health information exchange and revenue cycle management solutions. Prior to 2007, Mr. Bahl held various senior executive positions as part of UnitedHealth Group, including between 2004 and 2007 as the chief executive officer of Uniprise, a U.S. $7 billion division of UnitedHealth Group; between 2002 and 2004 as chief marketing officer for UnitedHealth Group. Prior to UnitedHealth Group, Mr. Bahl was an executive with CIGNA Healthcare. Mr. Bahl also serves as trustee of the Board of Trustees of Gustavus Adolphus College in St. Peter, MN. 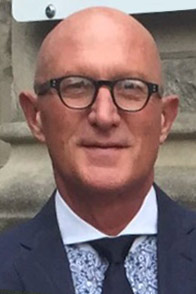 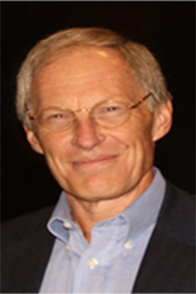 Robert N. Frerichs was elected to the board of directors of TTEC in August 2012 and serves as the Chair of the Nominating and Governance Committee and as a member of the Audit and Compensation Committees. Mr. Frerichs is a director of Wedgewood Enterprises Corporation, a privately held investment real estate and management company. Prior to joining our board, Mr. Frerichs spent more than 36 years with Accenture (NYSE: ACN) where he held various leadership roles including group chief executive – North America, chief risk officer and chief operating officer of the communication and high tech operating group, chairman of the capital committee, and a member of Accenture board of partners prior to the Company’s initial public offering in 2001; culminating his career as the International Chairman of Accenture, Inc. Mr. Frerichs served as a director of Merkle, Inc., a privately held customer relationship marketing agency from 2012 until it was acquired in 2016. Between 2004 and 2012, Mr. Frerichs served as chairman of the board of Avanade, a joint venture between Accenture and Microsoft. Between 2012 and 2013, Mr. Frerichs was the chairman of the Aricent Group, a global innovation and technology services company, and a director of Cyandia, Inc. an interactive consumer entertainment company. Mr. Frerichs is a Certified Public Accountant. 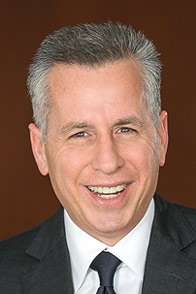 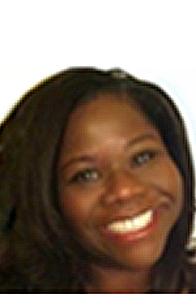 Gina L. Loften was elected to TTEC board of directors in May 2021. Ms. Loften most recently served as chief technology officer for Microsoft USA (NASDAQ: MSFT), the position she has held since 2019. Prior to Microsoft, since 2004, Ms. Loften served in roles of growing responsibility with IBM (NYSE:IBM), including global consulting leader in cloud application innovation for IBM Global Business Services, chief innovation officer for IBM Research, and global public sector leader for IBM Watson Group. Starting in 2021, she has been serving as a member of the board of Thoughtworks Holding, Inc. (NASDAQ: TWKS), a global technology strategy, design and software engineering consulting firm; and Modernizing Medicine, Inc., a specialty cloud platform software company. Ms. Loften is also a member of the board of directors for Foursquare Labs Inc., a leading independent location technology company; and is also a member of the board of directors for the Museum of Life and Science in Durham, NC, where she serves on its Governance committee. She also serves on the advisory board for the Institute of Nuclear Power Operations (“INPO”), a non-profit industry group that promotes excellence in the operations of electric nuclear plants. Between 2017 and 2020, Ms. Loften was a board member for Rise Against Hunger, an international hunger relief non-profit organization that coordinates the distribution of food and aid to people in developing nations. Between 2016 and 2018, Ms. Loften also served as a member of the board for George Mason University research foundation. 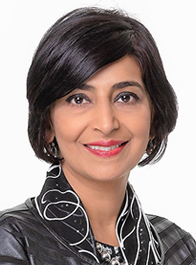