When employees have confidence in their leaders, they are more likely to be engaged in their work and committed to the organization. 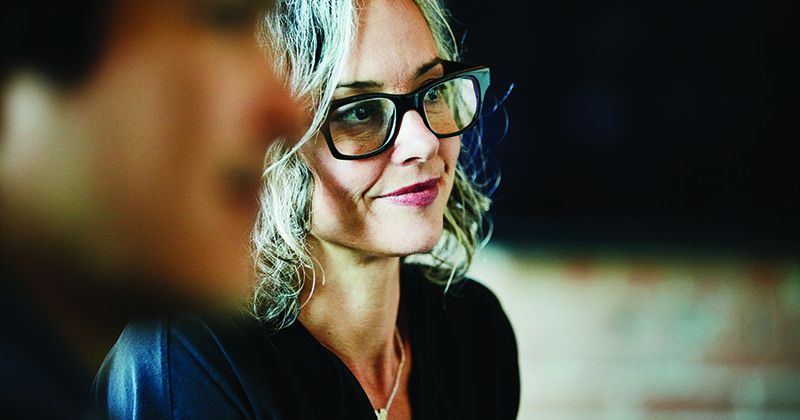 “CEOs need to connect with their employees.” This statement shouldn’t take any business leaders by surprise. In past decades, though, it was hardly a requirement. These days, leaders of Fortune 500 companies and startups alike are taking a different tack. Instead of remaining out of reach, more CEOs are making the effort to engage their employees—some are even humble. In fact, 78 percent of business leaders are focused on raising engagement and retention, according to Deloitte.

So, why is it essential for CEOs to be more engaged?

Studies show that when employees have confidence in their leaders, they are more likely to be engaged in their work and committed to the organization. However, many leaders haven’t done a good job of communicating with their employees. Only 13 percent of employees strongly agree that the leadership of their organization communicates effectively with the rest of the organization, reports Gallup.

The notion that CEOs can lead from behind a desk is not only outdated, it’s bad for business. A smart CEO understands that employees can’t be taken for granted. A strong connection with employees is necessary to continue driving productivity and growth. So, how does a CEO connect with his or her employees? Our research uncovered eight ways top leaders succeed.

1. Question your assumptions
“You always want to question your own assumption about how you’re doing as a leader by soliciting feedback,” says Marcel Schwantes, a speaker, leadership coach, and consultant. “Ninety percent of the time there’s a large discrepancy between how well senior leaders think they’re perceived and what employees think.”

Soliciting feedback requires eating a lot of humble pie, Schwantes adds, but savvy leaders understand the value of doing so, which has contributed to a shift toward more humble leaders.
Microsoft’s recent turnaround success has been largely attributed to CEO Satya Nadella’s collaborative leadership style, for example. Similarly, Warby Parker Co-CEO Neil Blumenthal described entitlement as “the root of all evil in a company,” in a LinkedIn blog post.

2. Be social savvy
“A CEO’s leadership style must evolve to stay current…CEOs must find ways to leverage the power of social media as a means to bring their story to life and connect with customers, investors, and other audiences, including employees,” writes Kathy Bloomgarden, CEO of the communications firm Ruder Finn, in a report.

Savvy CEOs create buzz within their communities while connecting with followers. For example, T-Mobile CEO John Legere has amassed over 6 million followers on Twitter, where he tweets about the telco industry, shout-outs to his employees, and hanging out with celebrities.

Research also shows that socially savvy CEOs are seen as strong leaders and communicators by their employees. Companies led by CEOs who use one or more social channels are more than twice as likely to be on the Fortune or Glassdoor 100 Best Places to Work lists, according to Ruder Finn.

3. Lead by example
Zlatko Vucetic, CEO of FocusVision, a research technology software company, says he reminds himself that his employees have lives outside of work. “I’m a strong believer that family comes first in the lives of my team,” Vucetic says. “I structure my working time and efforts so I am able to be home every night for dinner with my wife and daughters. And I expect my team to be able to use the same balance of commitment and time management to do the same.”

Vucetic also says he believes in an open-door policy where “any employee can provide me—or anyone on my management team—direct and honest feedback without being penalized because it’s ‘not their place.’”

4. Spend your time wisely
How leaders spend their time influences their ability to lead. Sealing yourself off inside an office makes you seem aloof and detached from your employees, but monitoring your staff gives the impression that you’re a micromanager. Ideally, leaders should aim for something in the middle, according to a study by Nitin Nohria, dean of Harvard Business School, and Michael Porter, a professor at Harvard Business School.

Conducted from 2006 to 2018, the study examined how CEOs of companies with an average annual revenue of $13.1 billion spend their time. The study found that more than half (53 percent) of a CEO’s work was done outside of headquarters, “visiting company locations, meeting external constituencies, commuting, traveling, and at home.”

More specifically, the CEOs spent their time in the following manner:

The majority of CEO time is spent on face-to-face interactions, which the study’s authors note, “is the best way for CEOs to exercise influence, learn what’s really going on, and delegate to move forward the multiple agendas that must be advanced.”

5. Don’t be an island
As leaders take on more responsibilities, many feel pressured to “act like a boss,” losing touch with their ability to be empathetic and connect with their fellow employees, notes Rod Brace, an executive coach and former chief learning officer for a major health system. “An emotionally intelligent CEO will resist the temptation of falling victim to these pressures,” Brace says. Instead, the CEO will strive to connect with team members at all levels of the organization.

“Effective CEOs act as if they have no authority and seek to build relationships before they tackle the challenges of operations,” he says. Brace also advises leaders to speak directly with their employees as opposed to hiding behind hierarchical processes.

6. Listen actively
It’s not enough for leaders to listen to employees who drop by their office—they must seek out opportunities to connect with employees, says Dan Goldstein, president and owner of Page1Solutions, a digital marketing firm.

“All leaders should take the time to actively listen to their staff,” Goldstein says. That includes spending time with employees in team-building events and informal gatherings. Goldstein recommends identifying staff who seem to have their ears to the ground and gather information from them. “Most important, as a leader, you must look for opportunities to improve both business processes and morale,” Goldstein says, “even when the staff doesn’t realize there are opportunities for improvement.”

7. Talk with people—not at them
At staffing agency Worldwide101, the onboarding process includes a session on how to speak up. “We encourage our team to over-communicate and we make a big deal of staying in touch through various means to build trust,” says CEO Sandra Lewis. “This is especially important as a fully remote company where we don’t see each other at the office to gauge the mood of the day.”

Managers, in particular, receive training on how to listen. “If there is one tip I would give about employee engagement and motivation,” Lewis says, “it would be to train and inspire your managers to always be curious, which translates into keen listening skills.” At team meetings, managers often ask open-ended questions such as, “What can I do to help?” in an effort to empower team members to engage in conversations that are solution driven. In result, “employees feel heard, engaged, and understood, and retention is high,” Lewis says.

8. Share your vision
It’s essential for CEOs to lead with transparency and honesty, according to Antonio Wedral, CEO of NOVOS, a digital marketing agency. Making your employees “feel that they’re a part of something more than a job is essential,” Wedral says. To do so, Wedral says he shares  with his staff “the story of the business,” including its five-year plan, why the business exists, and what the employees’ roles are in the story. And on a daily basis, he shares good and bad moments with staff.

And while employee perks are appreciated, they mean even more when they’re personal. “For example, we know someone travels on a very long and expensive train to work, so we offer to pay 30 to 50 percent of their monthly travel costs,” Wedral says. While personalized perks can be difficult to scale, the point is to make employees feel that their needs are understood.

Engaged leaders aren’t made overnight
The key takeaway is that there isn’t a fast and easy way to become an engaged leader. “There’s no magic pill,” Schwantes says. “This isn’t a one-off program, it’s a shift in mindset. And it can take months or longer before getting it right.” With that in mind, leaders who approach these changes as a collaborative—rather than solo—effort are already off to a good start. 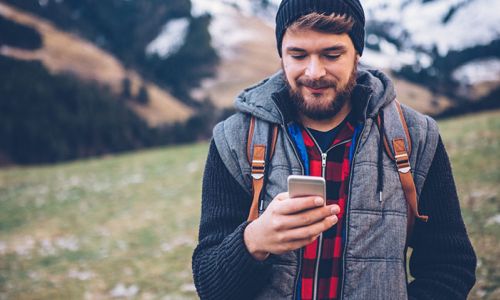