Employees Shine in Some of 2019’s Best Workplaces

In 2019, a great place to work isn’t always defined by a paycheck. The modern workforce is increasingly interested in an environment where employees feel they have meaning and can support the values of the company.

Research by USGBC found that 84 percent of employees desire a job with a strong, concrete mission and positive values. And findings from the University of Warwick show that happy employees are 12 percent more productive.

“This year, we’ve seen more employees tout a mission-driven culture they can stand behind, [with] clear direction from their senior leadership team on where the company is going, transparency around career advancement opportunities, competitive compensation packages, as well as unique benefits and perks, ranging from dog-friendly offices to free catered lunches,” says Glassdoor Community Expert Sarah Stoddard.

We reached out to leaders and employees from brands named in this year’s Glassdoor Employee Choice Award and Inc.’s Best Workplaces survey to find out what it means to be a part of a winning employee culture.

23andMe
The direct-to-consumer (D2C) genetic testing and research company 23andMe, which provides ancestry, health, trait, and wellness reports for consumers, has interwoven transparency into its culture. With a mission to help people access, understand, and benefit from their genetic material, the fast-growing company recruits and supports employees who embody a mission of understanding of the world from a microscopic to global level.

“I think that people have a sense of belonging to the mission, and when you feel like you are a part of something bigger than yourself, it’s deeply motivating,” says Jen Mease, head of recruiting at 23andMe. 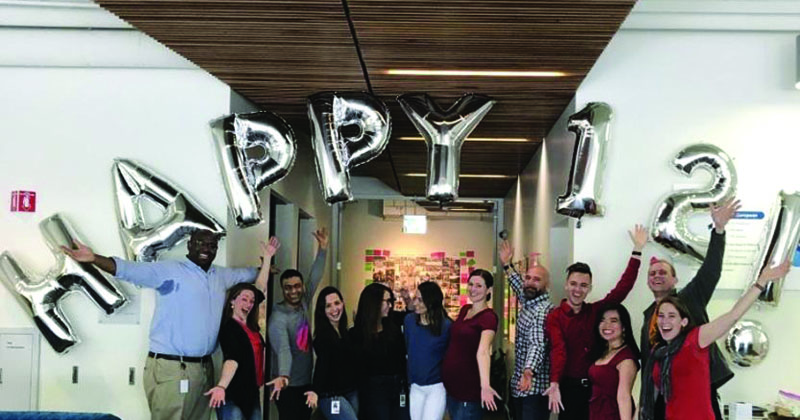 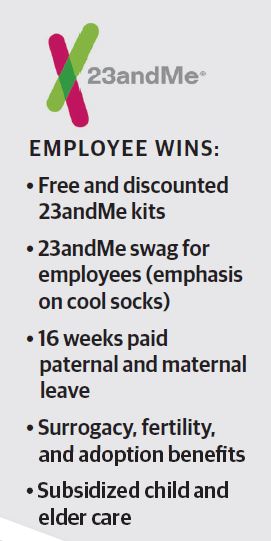 The company was ranked 26th by Glassdoor in the best Small to Medium Companies to Work for in 2019, with a 97 percent recommendation rate on the website. Employee reviews on Glassdoor praised its work/life balance, mission-driven work, and investment in company culture as some of their biggest motivators.

“Knowing that behind every data point is a human being is truly inspiring for our employees,” says Mease. “We hear of stories on a daily basis of customers who find siblings or discover potentially lifesaving health information. Feeling like you are a part of that and connecting to the product is really remarkable and unique to 23andMe.”

Research from Imperative has shown that employees who feel a strong purpose with their company are 30 percent more likely to be high performers in the workplace. 23andMe seeks potential employees with relevant job experience and skills, but more importantly, Mease says the company wants to employ people who embody its core values.

“I think it can be relatively simple to provide someone with tools and resources to get better at their job, but it’s more difficult to teach someone to align with your core values. Ideally, we want everyone we hire to make a long-lasting impact at 23andMe,” says Mease. This helps create a work environment that she described as fun, collaborative, innovative, and imaginative.

Additionally, the company is bolstered by the strong leadership of its CEO and co-founder, Anne Wojcicki. As of March 2019, Wojcicki had a 100 percent approval rating as CEO on Glassdoor and was ranked as the 24th Top CEO of 2018 by the site. Despite the company’s growing size, 23andMe hosts an all-hands meeting every Friday to discuss the state of the company and dedicates time for Q&A from employees with Wojcicki and her executive leadership team.

Team Rubicon
There are a select few organizations that inspire their employees to literally go the distance and enter harm’s way to help others. Founded in 2010, Team Rubicon is a non-for-profit volunteer organization that recruits military veterans, civilians, and first responders to help with the unmet need for disaster relief and humanitarian aid across the globe. An important objective of the organization is giving veterans a chance to use the skills they learned in the service to help others, with former military making up almost 70 percent of the volunteer force.

The organization has helped during disasters such as Hurricanes Michael, Florence, and Maria, which impacted parts of the U.S. and Puerto Rico. 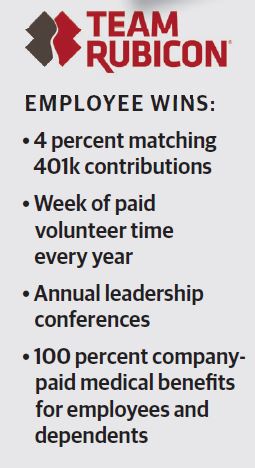 “Many of Team Rubicon’s values, standards, and roots can be found in the military service of its founders, leaders, and volunteers,” says Josh Anderson, talent management at Team Rubicon and a Marine Corps veteran. “Many of our organizational values have to do with the delicate balance—the compromises—that must be struck during periods of conflict, stresses, hazards, or moments of severe consequence. In disasters, as in combat, the stakes are high.”

Employees and volunteers commented on Glassdoor that its mission-driven, challenging, and collaborative culture is a big driver as to why they are part of the organization.

Research from Team Rubicon found that 78 percent of those deployed report contributing to a greater purpose. “Our values are fundamentally different from what many experience in their adult working lives. They are strong, fearless, liberating, and bold,” says Anderson. “If you embrace them, live them, they free you up to become your best self, to really show up and make a difference in an authentic way. They also create a lot of value for those we serve.”

Purpose- and value-driven employees are essential to creating a positive and impactful environment. A survey from BetterUp Labs revealed that nine out of 10 American workers would give up 23 percent of future earnings to have a more meaningful career.

“We have a bias for action, but we are accountable for our actions and can’t afford to be reckless,” says Anderson. “The people who rely on us most can’t afford for us to be anything but precise, bold, and efficient. But they also need us to be totally human, to help bring them peace when they’re experiencing their worst day.”

With a belief that family comes first, Scott Tanne wanted to ensure that those values are equally ensured to his employees. “We encourage our employees to find the balance that works for them. And, as leaders, we ensure that people feel trusted and empowered, knowing that we focus on measuring our outputs and results vs. over-emphasizing late nights in the office and trivial things like that,” he says. “The result is an office of workers that feels [and looks] more like a home with people who treat and trust one another like family.” 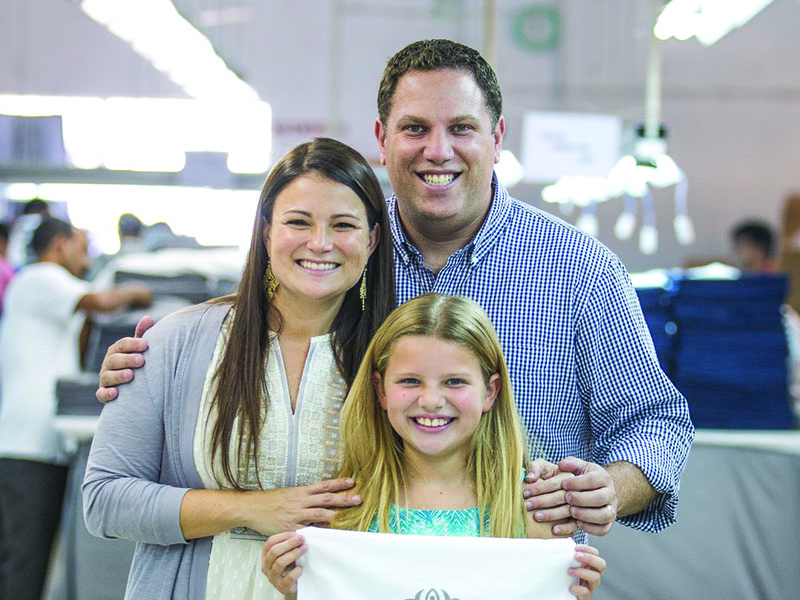 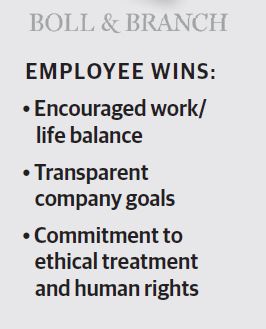 According to Gallup’s “State of the American Workplace” report, over half of respondents said that the ability to have a better work-life balance and personal well-being is very important to them. To Tanne, a big perk of the company’s D2C model is the ability to have a centralized team compared to traditional retailers that are more spread out. This enables the company to home in on work-life balance and flexibility by all working in one location and managing similar work schedules.

As a Fair Trade Certified company, the brand also follows ethical standards around reduced water use, no child or forced labor, living wages, and premiums to the factory and farms associated with the company.

Tanne encourages a work environment that begins with a one-on-one discussion of the company mission during hiring, and continues with transparency and reports for employees following factory trips. “When the Fair Trade impact report is released in June we present that to the full team,” says Tanne. “Things like this we prioritize to ensure we’re keeping people, our mission, at the heart of Boll & Branch’s culture.”

High ethical standards is a key ingredient to employee engagement and great workplaces. LinkedIn’s 2018 “Workplace Culture Trends” report found that 87 percent of American workers say pride in the company they work for matters, with 46 percent citing a positive impact on society as a key factor.

goodr
Founded in 2015 in Los Angeles, goodr’s small team of 39 employees runs a successful line of athletic sunglasses for runners, cyclists, and various athletic competitions and training. The brand has a lively and unique employee culture backed by autonomy and ethical workplace awareness.

For starters, everyone who applies for a position at goodr has to submit a drawing of an octopus fighting a pirate. 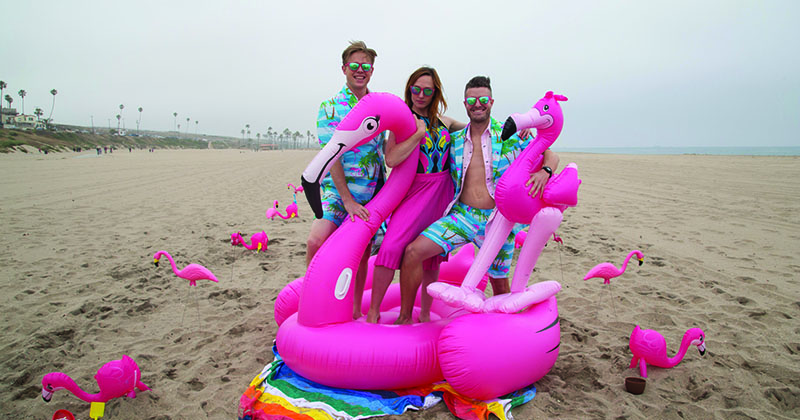 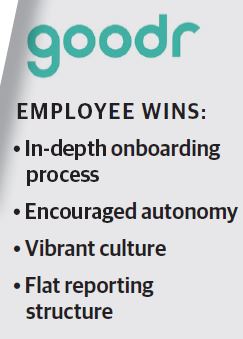 “What’s interesting about our brand is we’re a super vibrant fun company. And if you see us, I think there’s this idea that we slam margaritas all day, but nothing could be further from the truth. We actually work very hard,” says Stephen Lease, co-founder and CEO of goodr. “We have a super in-depth onboarding process because we realized our culture is so different and we have to deprogram people from normal ways of thinking.”

The company’s extensive onboarding process, which it calls goodr.OS (goodr operating system) is made of eight pillars that the staff, both new and current, go through. Examples include:
• New hires get a swag bag of books that goodr feels are cornerstones to its culture.
•Team members are encouraged to put together a personal productivity system.
• Training and test on an Enneagram (a tool for measuring personality types) so employees can better understand each of the nine personality types and how to best work with each other’s differences and strengths.
• The production of a weekly “Learn goodr” video that the team watches and discusses.

Goodr also has a flat reporting structure where there are no bosses, which they find isn’t for everyone. “You have a role you know what to do, we try to train leaders and adults, not followers,” says Lease.

What it takes to be a best place to work
These brands prove to be not only exceptional on the outside, but meaningful and impactful for those making it work on the inside. As consumers become more aware of unfair, toxic, or mistreated workforces, leaders need to look at the brands that are creating forward thinking and ethical workplaces to be impactful. 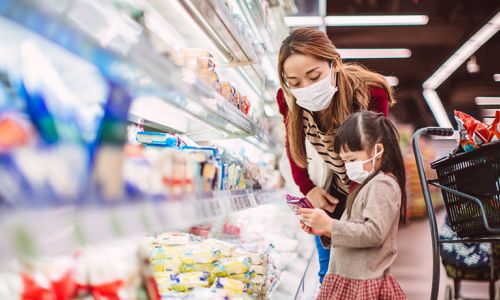 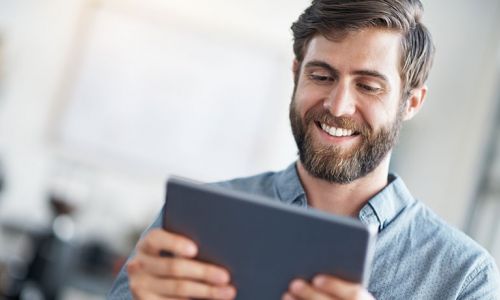 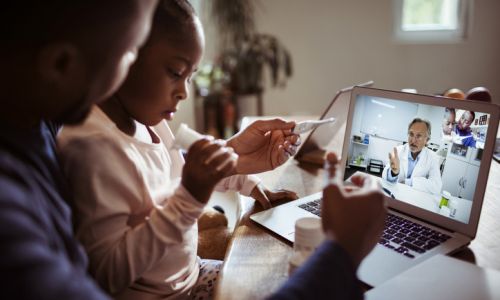