A multinational company strengthens its talent pipeline and sets up future leaders for success. 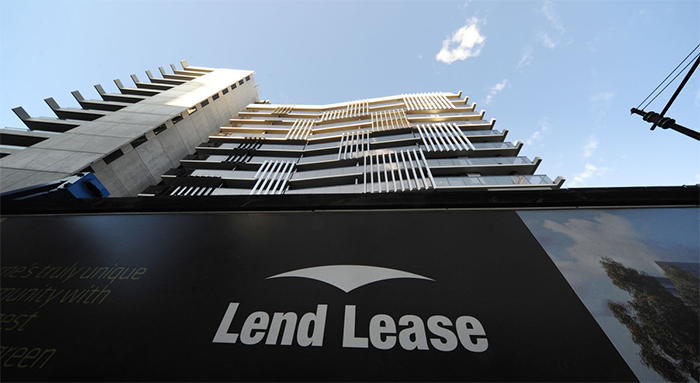 Attracting and retaining talented employees is critical to drive continued success, but companies can stumble without an effective strategy. And in a highly competitive economy, businesses can’t afford to operate without an efficient and dedicated workforce. Lend Lease is a multinational property and infrastructure company that specializes in asset and property management, construction, and other services. The  firm employs more than 16,500 people and has completed more than 10,000 industrial projects worldwide.
Gaps in Lend Lease’s talent pipeline, however, created obstacles in the company’s continued growth. There was a shortage of workers who were prepared to take on greater responsibilities within certain roles. Additionally, some employees were being promoted to leadership roles with strong technical capabilities but lacked necessary managerial experience and skills. It was against this backdrop that Lend Lease set out to strengthen its leadership development strategy with a series of workshops and coaching sessions called the Aspire program.

“Our annual engagement survey pulse check was showing us a decline in our leadership scores, particularly around communication, developing future leaders, and managing change,” says Nadia Sardella, talent program manager for the Aspire program at Lend Lease. “We were very keen with the Aspire program to set up some future leaders for success by identifying people we want to start progressing and accelerating through our leadership pipeline.”

Lend Lease embarked on a 12-month leadership development program. Nearly 400 employees applied to the program, from which the final 60 participants were chosen. The sessions were run in Sydney, Singapore, New York, and London, with 7 to 10 people attending a series of three-day workshops.

The design process was collaborative. Facilitators met with senior leaders from different parts of the business to discuss the challenges facing future leaders and create content based on specific scenarios. The content was focused on how to make the transition into a leadership role, with an emphasis on areas such as communication, pitching, and having the right mindset for undertaking challenges and finding solutions.

Workshops included modules based on scenarios and challenges that leaders commonly face. In each module, participants were presented with a topic, discussed it in relation to a specific scenario, and then applied what they learned to create a solution and received feedback. By designing the course around these scenarios, there was heavy emphasis on the need for leaders to be agile and ready to respond to various situations very quickly several times a day. To help employees further absorb the lessons, senior leaders from the company met with the group in a lunch networking environment so that they could apply and practice some of the presentation and communication skills they had learned.

Lend Lease employees greatly benefited from the global leadership development workshop. The interactive exercises and workshops exposed employees to the information and training necessary for moving forward into leadership roles within the company. The Aspire program also helped Lend Lease change its approach to talent management and leadership development. Whereas in the past, the company often recruited externally to fill key management roles, there is now a focus on building an internal talent pipeline of experienced employees to draw from.

“I anticipate that we will have better leaders at an earlier stage of their career,” Sardella says. “It has also been very useful for senior leaders to be involved in developing young talent and learning how to do that effectively. It’s created an appetite to do more and it’s changing our culture in terms of how we tackle and prioritize development.”

Indeed, many employees responded well to the workshops. The company now has a larger leadership force to choose from and there have already been some promotions. By January 2015, halfway through the program, six of the 60 participants had been promoted into front-line leadership roles.

Anecdotal feedback also suggests that participants benefited on a personal level by being empowered. One participant reported that she asked a question in front of 100 people at a conference, something she would never have previously attempted before. Two other attendees told a facilitator that they had intended to leave the company, but decided to stay after attending the leadership development workshops.

Lend Lease’s leadership initiative is also likely to have a positive impact on customers in the longer term, once the new generation of leaders is in place and able to guide their teams in taking a more proactive approach to customers.

While there’s still more to be done, Lend Lease has made significant progress in improving its approach to talent management and leadership development, Sardella says. “Ultimately this program is really about cultural change and developing leaders at all levels at Lend Lease. We will be able to judge the lasting legacy of Aspire as we measure and track this group over time in terms of their level of engagement and performance, and by tracking the impact they have on their teams. We have made an encouraging start.”