The Power of Storytelling

Walgreens looks to influencers to help reach customers in effective and engaging ways via mobile. 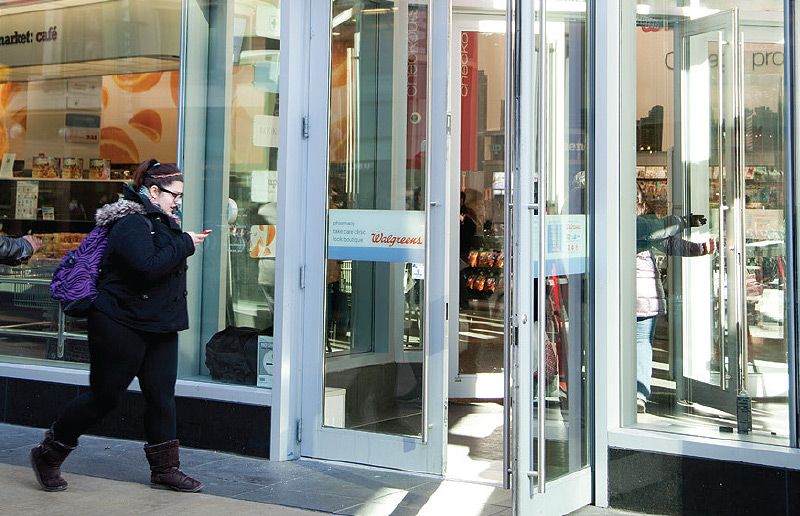 Brand awareness is hardly a challenge for Walgreens, one of the largest pharmacy store chains in America. Approximately 76 percent of the U.S. population lives within five miles of a Walgreens. Still, Walgreens wanted to reach a growing subset of its customer base: mobile users.

Many consumers’ first interaction with a brand takes place on a smartphone. To build loyalty, brands must connect with customers on the mobile web or an app. Walgreens looked to influencers—people with an established audience—to help tell the brand’s story. “We view influencers as important partners in helping us connect with consumers in an authentic and relevant way,” explains Calvin Peters, public relations and digital communications manager at Walgreens Boots Alliance.

In 2016, Walgreens embarked on a campaign to help more people become aware of its mobile offerings. The pharmacy chain offers a number of mobile features such as prescription refills and photo printing. Users can also save coupons on the app to be redeemed at checkout.

Rather than broadcast the value of its app in ads, Walgreens turned to influencers. Influencer marketing is an offshoot of word-of-mouth marketing. It reflects a shift from generic messaging to personalized exchanges where bloggers gain an audience by sharing advice or ideas in an engaging manner. Walgreens sought out influencers who were known for “staying true to their own authentic voices while helping convey key brand messages through personal, consumer-relevant stories,” Peters says.

A number of factors are leading marketers like Walgreens to take a fresh look at influencer marketing. First, ad blocking technology is on the rise, according to the Interactive Advertising Bureau. In addition, last year PwC reported that 45 percent of online shoppers indicated that reading reviews, comments, and feedback on social media influenced their shopping behavior.

For this campaign, the company selected five existing “Walgreens VIP Ambassadors”—influencers who demonstrate a talent for digital storytelling and content creation, have a history as a Walgreens advocate, and have an audience reach of 10,000 to 100,000 followers.

Over the course of several weeks, the influencers created 3,600 pieces of content, including blog posts, photos, and videos about using the features of Walgreens’ mobile app. The content, which was identified with the hashtag #MyWalgreensApp, focused on key areas, including photos, couponing, and mobile pay.

On her blog, NYC Pretty, Christine Bibbo Herr, for example, wrote a post about partnering with Walgreens to test the app. She highlighted the benefits of using the photo feature—speed and convenience—and included the photos she printed in her post.

The content that garnered the most engagement (which Walgreens defined as the number of likes, comments, shares, link, clicks, and video views on a piece of original content), however, was videos created on Instagram’s video app Boomerang. A simple video that featured a hand placing a tube of lipstick among other cosmetics with a phone displaying the Walgreens app on the corner of the screen, took the “top spot” with 3,900 views, according to Peters. Indeed, Instagram and Facebook were the two leading platforms for engagement—information that can be useful for future campaigns.

Walgreens amplified the influencer-generated content by sharing it with other Ambassadors and distributing it across other print and digital publications.

Within a few days, the #MyWalgreensApp campaign generated more than 220 million impressions—exceeding the goal of 120 million by 86 percent—with overall engagements of more than 213,000 clicks, with 1,700+ clicks to the tracked link for Walgreens.com/mobile. Walgreens did not share the total cost of the campaign, but purchasing premium digital display ads to deliver the equivalent impressions would have cost more than $2.3 million, Peters notes.

In 2017, the company plans to continue growing its network of VIP influencers, as well as the “amplification mechanisms we employ to ensure the relevant, engaging, and useful content reaches the end consumer,” Peters says. “We’re looking to scale up our base of VIPs across all relevant categories in our stores, better target that content to relevant audiences, and, while we’ve consistently been able to correlate influencer content with sales lift, we’re looking to better track the direct impact of this content on foot traffic and in-store sales.”

Of course, Walgreens isn’t the only retailer to work with influencers. Its competitor, CVS, has garnered attention for its own brand with the help of social media. In one instance, the agency Sway Group Partners targeted women aged 18 to 24 in a CVS campaign designed for the Video Music Awards, reports Adweek. The agency put together a group of style bloggers who created posts, the majority of which were on Instagram, about the fashion styles that were on display on the red carpet of the VMAs with a #LooksThatRock hashtag. The posts included photos of beauty products sold at CVS with a note that the posts were sponsored by CVS, as well as a contest to win makeup sold by the retailer. The campaign was launched an hour before the VMAs and netted CVS 17.6 million impressions.

With many brands tapping influencers to generate content, it won’t be long before the effectiveness of influencer marketing wanes. And as more companies use experiential marketing to attract eyeballs, the bar for outstanding experiences will continue to rise.

This is not necessarily a problem, Peters notes, as long as the organization aligns its resources and employees to remain focused on the customer. One way to do that is to develop a corporate framework in regards to both culture and structure, he suggests. For example, “On the digital side, we have a way of working that we like to call the ‘the triangle,’ which includes team members across product, design, and technology who are all accountable for delivering great digital experiences.”

At the same time, the customer experience team has a “seat at the table so the focus is always on the customer, [which is] really a critical part of the culture here,” Peters adds. The company makes it a point to include a digital perspective in other parts of the organization as well, such as merchandising, supply chain, and store operations, to further streamline the experience. And finally, “It’s important to have a senior-level person held accountable to ensure seamless execution of digital experiences across all relevant areas.”

Tactics like influencer marketing will come and go, but basing decisions on customer expectations and needs is far more important for staying ahead of one’s competitors.