A surge in fake news and negative brand associations has companies taking a fresh look at content moderation strategies. 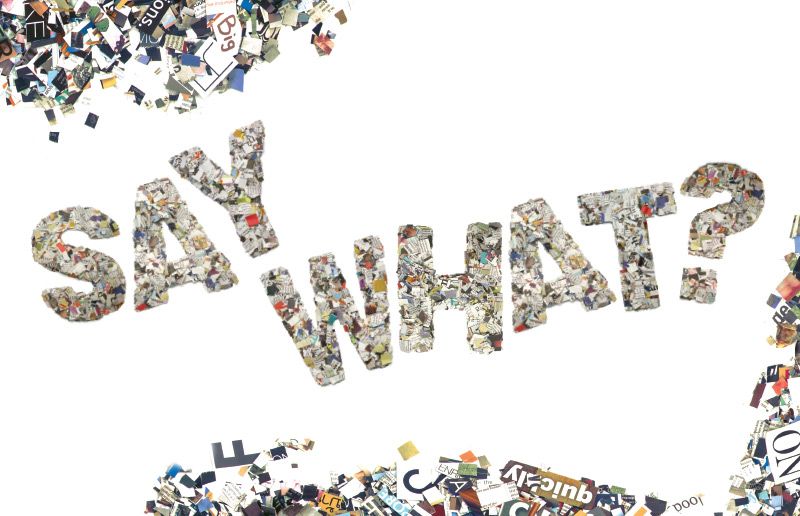 Content is gaining ground online as a way to build brand awareness and engage with customers. But along with more informative content comes disreputable stories and comments spreading across the internet.

In the wake of a rise in fake news sites and anonymous negative posts, companies are reassessing their interaction strategies to avoid negative brand associations.

So how can companies monitor and foster positive perceptions of their brand? It begins with content moderation. Moderators today face substantial challenges in making sure that user-generated content and ad placements meet the company’s standards. But human moderators can’t do the job alone. An effective content moderation strategy needs both human moderators and technology solutions.

“Brand safety” has historically involved making sure ads didn’t appear on questionable websites. However, the rise of programmatic media buying, where ads are distributed across thousands of websites within milliseconds, complicates the moderator’s task. It can be difficult even for advertisers to know where their ads may appear.

Programmatic ads are placed on sites based on factors such as audience demographics, not specific site buys. For example, a consumer may be tagged under “fashion” or “beauty” and will see these types of ads regardless of the site he or she is viewing. And the practice continues to grow. U.S. programmatic display ad spending is expected to reach $37.9 billion, or 82 percent of total spending on display ads in 2018, up from $25.2 billion in 2016, according to eMarketer.

“Given the scale of the internet, it’s impossible for a human being to sort through all that content,” says Harikesh Nair, a professor of marketing at the Stanford Graduate School of Business. “Companies want to use digital tools to help them tackle this problem, but even then they need to hire and/or train employees to do it, which is why some companies have put it off or failed to adequately address the problem.”

These are some of the factors that caused brands to suddenly find themselves mired in controversy. Kellogg’s, for example, was hit with a social media storm when its ads appeared on a website known for publishing anti-Semitic, sexist, and racist articles. Kellogg’s announced that it was pulling all advertising from the website on the grounds that the site did not align with its values.

A significant part of the online criticism has been driven by a Twitter account called Sleeping Giants, which encourages people to tweet at brands whose ads appear on the contentious site. As of this writing, 818 brands have pulled ads from the site, according to Sleeping Giants.

Besides external pressure, advertisers expressed fears about inventory transparency even before the fake news and hate speech phenomenon gained attention. According to a survey from the Association of National Advertisers (ANA) and Forrester Consulting, 59 percent of U.S. marketers who responded said they felt “significantly challenged by the lack of inventory transparency” in 2016, up from 43 percent in 2014.

But research suggests that few marketers are actively using these safeguarding tools. Only 51 percent of U.S. marketers aggressively update blacklists, while 45 percent use whitelists, according to research from ANA and Forrester Consulting.

Even when these tools are used, they are not foolproof. Advertisers can’t just launch an automated solution and forget about it. They must regularly check their ad placements and the sites they appear on to make sure nothing slips through the cracks. Facebook’s algorithm mistakenly blocked bsdetector.tech, the website for a popular browser extension that detects and tags fake news sources, for example.

Companies need a comprehensive strategy that enables them to proactively weed out problematic content quickly and efficiently. Enter content moderation.

Pre-moderation: Moderators review content submitted to a brand’s website or community forum before making it visible to all members. This approach is best suited for content that is not time sensitive and/or includes legal risks where a moderator is needed to block libelous content. It could be helpful, for example, in online communities targeted at children, as a way to prevent bullying and other inappropriate behavior.

Post-moderation: User-generated content appears instantly online and is simultaneously placed in a virtual queue for moderation. This allows users to engage in real-time discussions without impeding the flow of conversation. Objectionable content on a Facebook ad or post, for instance, is flagged for the assigned team to review and potentially remove quickly after it’s been posted.

Reactive moderation: Reactive moderators rely on users to report inappropriate content when they see it. This means posts are usually checked only if a complaint has been made, such as via a “report this” button. When alerted, an internal team of moderators will review the post and remove it if necessary. Reactive moderation puts power in the hands of the user. It shares the responsibility for blocking objectionable content with members. On the other hand, reactive moderation can result in a lot of false positives, where users flag content for no good reason.

User-only moderation: In this approach, users are responsible for deciding how useful or appropriate the user-generated content is. If a post has been flagged a certain number of times it will be automatically hidden. And similar to reactive moderation, this type of moderation can be easily scaled as the online community grows, with minimal costs. However, trusting a community to self-moderate itself carries obvious risks. A company should consider appointing staff members to review the flagged content and/or use an average score to determine whether the content should remain visible or be reviewed.

Automated moderation: This approach uses various technical tools to process user-generated content and apply defined rules to reject or approve submissions. The most commonly used tool is the word filter, in which a list of banned words is entered and the tool either replaces it with alternative word or blocks it out. A similar tool is the IP ban list. And some of the more sophisticated tools being developed include engines that generate automated conversational pattern analytics. Of course, the drawback is that an automated solution could miss nuanced phrases or other irregularities that a human content moderator would catch.

To be effective, content moderators must be well-acquainted with the site’s content and its audience’s tastes, in addition to being knowledgeable of the topics discussed on the site. They must also be steeped in the relevant laws governing the site’s country of origin and be experts in the user guidelines and other platform-level specifics concerning what is or what is not allowed. And most important, they must be able to make quick decisions.

However, it is impossible for even the fastest moderator to keep up with the constant stream of content that floods the internet. Increasingly, companies are using a combination of technology and human intervention to flag objectionable content.

Facebook, for example, uses algorithms and human moderators to help it flag fake news. Algorithms tally fake news signals and prioritize what’s sent to the fact checkers. If an article is flagged a certain number of times, it is directed to a coalition of fact-checking organizations including PolitiFact, Snopes, and ABC News. Those groups will review the article and offer recommendations on whether it should be marked as a “disputed” piece, a designation that will be visible to Facebook users.

Additionally, disputed articles will appear lower in the news feed. If users still decide to share a disputed article, they will receive a pop-up message reminding them that the accuracy of the piece is questionable.

Nair, though, thinks it is unlikely that human moderators will ever be completely replaced by digital technology. “Machine learning and artificial intelligence are only as useful as the data that they receive,” he says. “But objectionable content doesn’t have a fixed set of attributes; it’s always changing, which means we need people to continuously ‘teach’ the machines to recognize the right content and keep an eye on the results.”

How to measure results

Measuring the effectiveness of content moderation requires more than adding up the number of blocked posts. It’s possible, for example, that only a few people had published objectionable posts that day, thereby skewing the results.

A more effective approach is to examine a range of factors, suggests Chris Brown, chief of staff at TeleTech. “Response times, as well as comparing the number and types of objectionable content that is being flagged are important factors,” he says. “Furthermore, what can the company learn about the content that is being removed or blocked? Is there a system in place to update a knowledge management database with these learnings?”

Ultimately, he adds, the performance metrics applied to the content moderation team must be aligned with the company’s objectives and goals. If the objective is to increase positive brand perception, for instance, then the company may want to survey or mine the opinions of its customers as part of its analysis. “Measuring the effectiveness of content moderation is complicated, especially since the space changes quickly,” Brown notes. “Success must be determined on a case-by-case basis.”

Content moderation is at a turning point; the rapid and constant nature of digital media requires companies to take a more active role in monitoring content that affects their brand. But this is not something marketers can set and forget. Effective content moderation strategies need technology to quickly comb the internet for problematic content as well as trained human associates to separate the false positives from the actual problems.

Though fake news and other objectionable content are here to stay, brands prepared to handle the accompanying challenges are the ones who will win positive mindshare and customer loyalty.