Microsoft U.S. CMO and General Manager Grad Conn explains how the company is evolving to keep up with customer demands.

It wasn’t too long ago that Microsoft defined the PC user experience for most consumers and enterprises. Computer software was synonymous with Microsoft. Eventually, competition and the rise of the experience-based economy created cracks in Microsoft’s business model.

Microsoft had to shift gears quickly from its product-focused culture. Although the road back to dominance has been rough—Microsoft’s smartphone unit hit substantial obstacles—other lines of business, like its cloud-computing business, are surging.

We spoke with Microsoft U.S. Chief Marketing Officer and General Manager Grad Conn about how the tech giant is adapting to an experience-based economy and the importance of authenticity.

Customer Strategist: What do you think spurred the development of the experience economy?

Grad Conn: Well, first, this idea that there’s an experience economy when there wasn’t one before isn’t completely accurate. For example, Disneyland opened in 1955, and Disneyland is nothing but an experience. What Walt Disney was trying to do was bring the movies he had made to life. So he created a fantasy world that people could immerse themselves in.

The real issue is that as more businesses are moving from selling a product to selling a service, services are inherently experiences. So I’m not so sure that there’s an experience economy, but rather we’re converting more and more into a service economy. And services need to provide an end-to-end experience.

The real challenge for a lot of businesses today is that they’re not structured correctly for a service business. They’re structured more in a product-siloed way. When you’re building a product, you tend to have different departments that pass things off to each other, which worked pretty well.

CS: Do you have any advice on how to make inroads through those silos?

GC: I don’t think it’s about breaking through silos, it’s more about organizing the company around the customer. If you think about how Tesla makes a car, versus the traditional way, the traditional way is to have a production line where one person’s job is to screw a bolt on and the next person’s job is to attach a tire, etc. Everyone has a very specific job (which is increasingly becoming robotized).

But Tesla makes the cars as a group. A single car is made by a team who possess a variety of skills. And so an entire team takes full responsibility for each car or unit. Now apply that idea to your customers.

CS: How is Microsoft working to become more customer centric?

GC: It’s interesting for us because we’re going from being a company that sold products on shelves to delivering services. We’re making that transition just like many others. If you think of Office 365, that’s a service. Windows 10 is really a service. We are moving from a business that sells things to effectively having to re-win our customers every month [e.g., via subscriptions].

The companies who are good at this are the cable companies. They frequently offer lots of new services and promotions to keep people excited about their offering. For us, it’s a fundamental change to how we operate and it’s causing huge changes in the way that we operate internally, such as creating compensation models around our version of the Net Promoter Score. That’s key because if you can’t create high levels of customer satisfaction you won’t be able to hit your revenue targets.

CS: Can you give an example of how Microsoft is taking a customer-centric approach to its products?

GC: [Corporate Vice President] Panos [Panay] and his team [who work on Surface] noticed that people were carrying two devices: an iPad and a PC. That’s because there were certain things people wanted to do with touch and browsing and others that required a mouse. So, the idea was what if we made something that could perform both functions so that people could just carry one device?

What we often hear from people is they love their Surface because it lets them do everything they need to do. That is the general history of technology. Technology inevitably starts with single-purpose devices and over time they merge into general-purpose devices. If you think of all the devices that the iPhone has replaced, it’s shocking. It’s replaced the camera, cellphone, tape recorder, alarm clock, etc.

And so the Surface represents the continuum of that spectrum in becoming more general purpose by combining a mobile touch device and a PC. People don’t want to carry several devices, and if you can give them that, they get excited.

CS: How do you find customer insight?

GC: A lot of companies do focus groups and sometimes quantitative research. That’s useful, but the sliver of insight is so small, it’s not the right way to become a customer-centric company. Five years ago, we started something called the social command center. We worked with a social media management company called Sprinklr to help us create a social listening platform. We originally called it a customer insight center because we wanted to hear what people were saying about our products.

And so, we listened more and more, and last year we filtered 150 million messages and mentions of our product. We noticed a lot of people were requesting help, getting upset, or just expressing how much they liked our products. Very quickly, we realized we had to interact with them and so we created several rules of engagement. That turned into a powerful set of proactive and reactive engagement mechanisms.

Adding paid social was part of the next step. So now we have this listen, engage, and amplify process that we share with business and product groups that are working closely with us. We directly engaged with engineering, marketing, and product groups and showed them what people were saying and the issues they were having. That flows directly into product design and thinking. That’s critical. You have to be where your customers are talking about you, but you also need a social command center that’s tied to the rest of the organization to share those insights.

CS: What is the social team’s criteria for responding to a comment on social media?

GC: We divided it into proactive and reactive engagement. For reactive engagement we have four types of things we’d respond to. One is support. Support has different levels. There’s the one-off question like how do I add something to my dictionary? Another level is billing and installation questions where we’d move that person to a direct message on Twitter and then pass it on to the customer support department. Third are outages or technical support issues that require engineering. Those are pretty easy.

The second category is prospects. We see a lot of people posting questions like, “I’m thinking of buying a CRM system. What’s a good one?” We started responding to those with something like “Hey, check out CRM Dynamics and let us know what you think.” That’s been very powerful for us.

The third category is fans. We have a lot of people who post stuff about how much they love our products. We’ll often make an ad that celebrates that and tweet the ad back to them. People are surprised we would respond in such a rich format. These kinds of engagements are gold. We don’t spend too much time engaging with detractors because it can turn into a never-ending argument.

We also do proactive stuff. We’ll schedule editorial content like data Thursdays or promote events and offers. That combination of proactive and reactive is powerful.

CS: How do you maintain authenticity in your customer engagement activities?

GC: Too often, marketers get wrapped up in what they want people to think and are essentially yelling at people. What’s great about social is it’s a stimulus response medium. So instead of telling people that we’re a company that cares about its customers, we can just do it. We engage with customers, help them, talk to them, and celebrate the fandom. We don’t run ads that say we’re customer centric, we just are customer centric. That’s a core difference between companies that use slogans versus those that just do it.

That’s why you want to connect with people from an emotional standpoint, because that’s what’s sticky. But you don’t want to do it in a way that’s cut-throat because then you’d lose the authenticity of it.

The point I’m making is companies shouldn’t get caught up in the idea of an experience economy because lots of people have been doing this for a long time. Look at what great businesses are doing, benchmark against them and do it.

CS: You seem to be a big fan of Disney. Have you considered working there?

GC: I do love Disney. After I sold one of my companies in 2002, I was burned out and I had a dream to spend a year in Disneyland as a visitor. I went there for 300 consecutive days. It was amazing. I went on the rides, I watched the other guests, and I got to know everyone in the park. On the 300th day, I sat at a piano in the Magic Kingdom where I knew the pianist. He asked me, “Don’t you think you’ve had enough?” For me, that experience [visiting Disneyland] was magical and I carry it with me. It’s something you can bring to lots of businesses. It’s less about the buzzword and learning about the joy and honesty that Disney knew about in 1955. 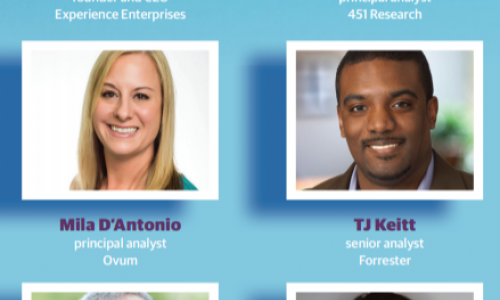 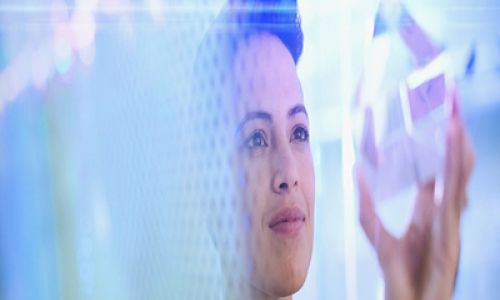