Research reveals the isolated and unclear nature of sales organizations as financial services firms emerge from the Great Recession. 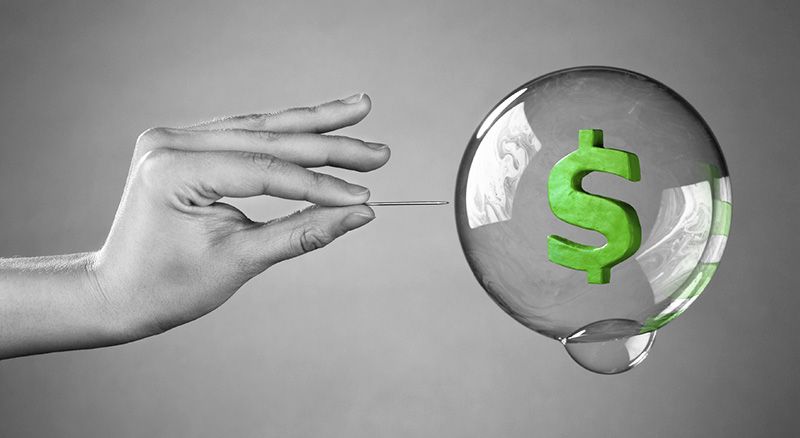 It’s a tumultuous time for the financial services industry. Economic uncertainty rules worldwide, scandals have eroded consumer trust, and the industry is under increasing regulatory, technological, and social demands to change. All of this puts immense pressure on sales teams on the front line. After all, they are often the vanguard of profits.

Yet as companies in other industries embrace the “we’re all in this together” approach to business, many sales leaders in the financial services world still choose to go it alone. And many don’t set a specific strategy to do so.

We asked 115 senior sales leaders from financial services organizations around the world about key factors in their success, as well as factors limiting their sales performance. Of those surveyed, 90 percent have been working in sales at least five years, and 47 percent have more than 20 years experience. Many respondents have an international remit, with 23 percent working across multiple regions.

The survey found that top goals of sales leaders are typical: Gaining new customers, retaining and growing existing customers, cross-selling and upselling. So how successful are they in achieving these goals?

Only 5 percent of those surveyed agree that their sales strategy is very effective. The large majority—83 percent—say theirs is effective, but could be improved. Meanwhile, another 12 percent say their strategy is ineffective. Overall, sales leaders agree that their organizations are not optimized, and there is clearly room for improvement. The survey uncovered a number of opportunity areas for sales leaders, including a clearly communicated strategy, alignment across the business, and creating a sustaining culture of success. 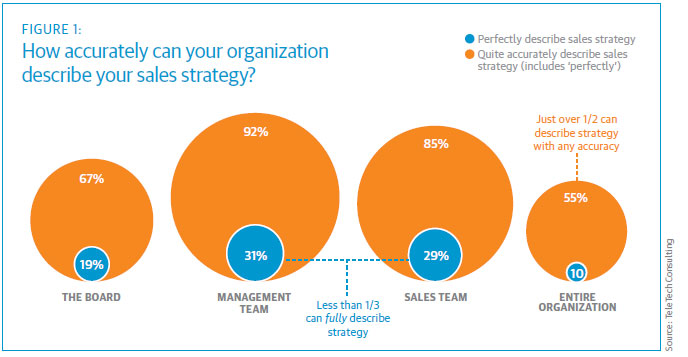 Imagine a team of thoroughbred horses racing around a fenced paddock. There’s a lot of energy being expended and it looks and sounds quite impressive, but the reality is they’re just going around in circles. Now imagine putting the reins on them, lining them up, and setting them off in the same direction. Now you’ve really got that power and pedigree working for you. It seems that sales leaders are calling out the need for a clear plan with everyone pulling in the same direction.

Recommendation: Sales leaders should formally document their strategy to help boost awareness throughout the organization and improve its effectiveness.

Most respondents cited people factors like relationships and customer service as leading differentiators in their success (see Figure 2). And with top sales goals including customer acquisition, retention, upselling and cross-selling, you would think that there is a focus on alignment between sales and the rest of the organization to achieve this goal. Think again.

This external focus on people does not translate internally. Almost half appear to be operating ‘blind’ with no buy-in from the people they rely on to deliver results.

A large majority (80 percent) of respondents involves senior management in developing sales strategy, yet 58 percent don’t even consult their own sales teams. What’s more, 44 percent of sales leaders are not being consulted to develop the strategy. So it’s not surprising that only one-third of those surveyed work with other departments when developing their sales strategy (see Figure 3). 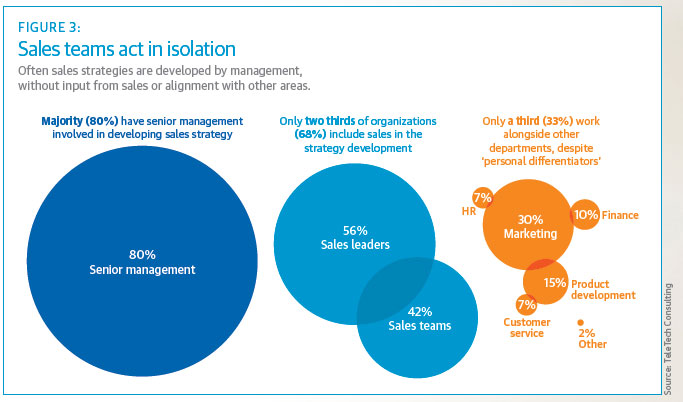 Other important differentiators cited by sales leaders include brand reputation, customer value created, product quality, and price, which are dependent on other departments to succeed. This shows that while collaboration is currently lacking, aligning all parts of the business will help better enable sales and differentiate from the competition.

When asked about their biggest challenges, external factors such as “too many distractions (41%),” “increased competition (41%),” “price resistance (39%),” and “regulations (37%)” were top issues. Many of these are out of sales leaders’ control. Yet a number of other issues that rose to the top are influenced internally, and can be improved by increased alignment. They include poor systems and tools to support sales, incorrect pricing, poor marketing support, and poor aftermarket customer service support (see Figure 4). 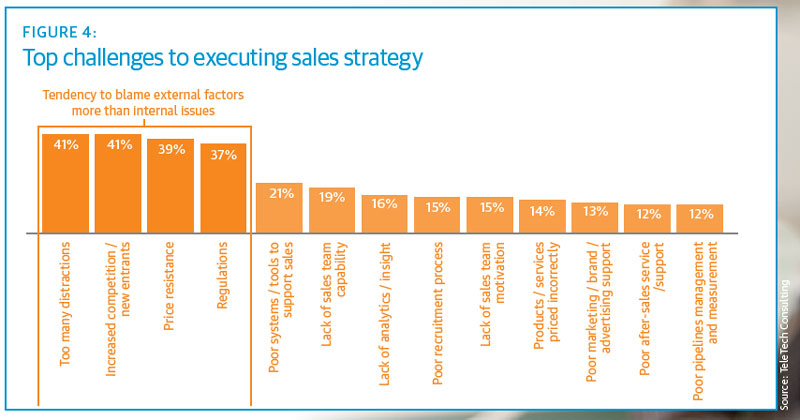 The paradox is that the ambitious and driven nature of sales teams ends up creating a “Bubble Boy” environment, to reference Seinfeld. Sales often insulates itself against the rest of the company. This lack of collaboration internally often feeds external interactions, as well. Sales teams will go to market telling clients what they think is best, not listening to client needs. It impacts internal culture and affects how you interact with customers.

Recommendation: One of the strategic priorities for any sales team should be structured, genuine collaboration with other departments. This will accelerate strategy execution down the line and deliver better, more customer-focused outcomes.

Critical to success is having the right team in place to execute the strategy. What do sales leaders look for in their sales teams? According to the research, the top six attributes were (in order):

The survey also found gaps in talent. Only 59 percent of those surveyed say their sales team has right mix of attributes to be a high-performing salesperson. The study found that organizational and relationship skills are areas in need of the most improvement (see Figure 5). These skills are critical, since relationships are noted as the top differentiator for sales leaders, and if sales teams are to begin strengthening internal relationships.

Once you have the right people on your team with the skills they need, a successful team culture must be fostered to really let them be effective. Nearly all of those surveyed—96 percent—say culture is important, and 50 percent say it is critical to creating a successful sales team. The bigger the team, the more important culture becomes. Eight-five percent of those with teams of over 20 say culture is critical, compared to 48 percent in teams of 11-20, and 44 percent in teams under 10. However, only 30 percent say their current team’s culture is a very close fit to a high performing sales team—so there is a clear need to improve.

The most important factor when creating this culture is appropriate and effective motivation of the team. So if motivation is absolutely critical to ensuring your team has the right culture to success, what is the best way to motivate your team? The results were surprising.

While financial remuneration is unsurprisingly important, the biggest motivator is trust in the company and its leadership and management (see Figure 6). We know that successful sales people are driven, ambitious, and relationship-focused, so they want to believe the organization is really going somewhere. In contrast, most say that informal learning opportunities, team social events, and tactful discipline do little to motivate.

The bottom of the pyramid is typically what sales leaders focus on to motivate their teams. And while commission, training, and promotions are important factors, they essentially keep a sales organization from moving backwards. They do little to propel sales effectiveness.

Sales leaders play a big role in developing and maintaining culture. Great leaders are inspirational, supportive, and trustworthy—which connect to the motivating factors. The survey found that the best leaders share common attributes:

1. Inspires and motivates others

2. Coaches and supports others in their development

3. Have high levels of integrity and honesty

Recommendation: Sales strategy planning and review must involve the sales team to facilitate buy-in, generate new ideas, and engage the team so they execute the plan.

The research shows that in general, sales teams feel they “know best.” As a consequence, they can often make decisions in a vacuum, relying on past success and their guts to make decisions, even when those decisions impact other parts of the business. They lack organizational discipline regarding their strategy and execution. They risk alienating those they need most to execute on their strategy. This way may have worked in the past, but in an increasingly regulated, competitive, and rapidly changing world it’s not the way forward. Sales may “know best,” but they should know better.

As the economic landscape begins to stabilize around the world, financial sales leaders are finally able to invest and explore new ways to create competitive advantage. but in an increasingly regulated, competitive, and rapidly changing world experience tells us that alignment and disciplined execution of strategy can be that advantage. It’s a simple concept, but difficult to implement. It requires a shift of internal mindset, capabilities, and collaboration within sales and across the organization. It’s not for the faint of heart, but it provides a competitive edge that few in the industry are capitalizing on. 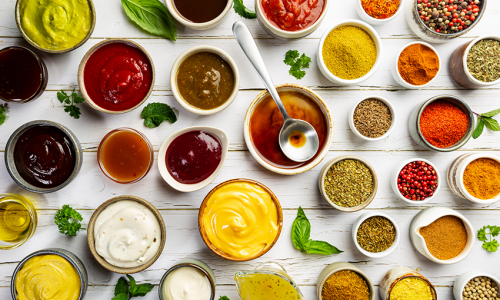 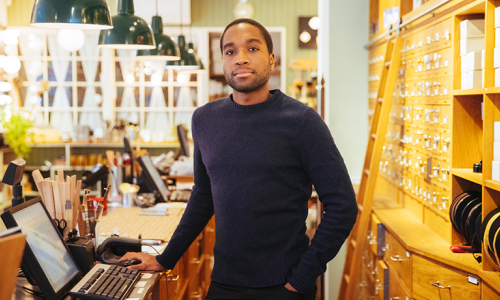 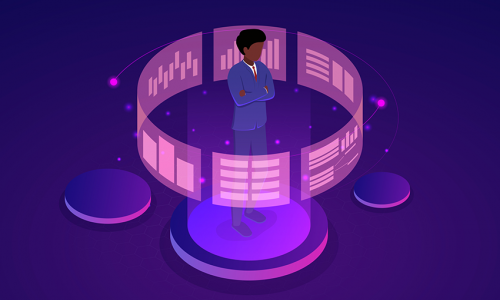 Article How to make VoC work for your brand See More