Access to 100 percent of its loyalty program and POS data gives the grocery retailer and its CPG providers unique competitive insight. 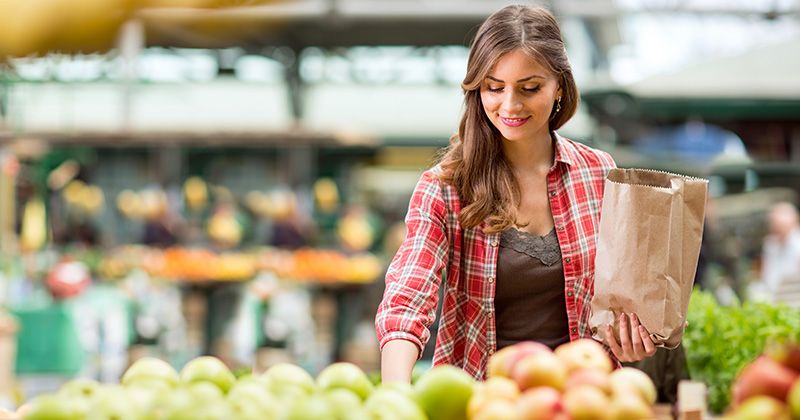 In the multitrillion-dollar grocery industry, retailers and their suppliers continuously seek new ways to gain a competitive advantage. The result is a hugely competitive and highly dynamic market—one that incites these businesses to learn everything they can about customers that could help them to influence purchase behaviors and loyalty.

At the heart of retailers and suppliers’ struggle to stay competitive, however, is a lack of direct insight into individual customers’ needs—information required to build closer relationships with them and to better serve them.

Three main issues contribute to this data deficiency. First, individual shopping behavior is difficult to mine in retail settings where millions of rows of data stream daily. Second, a shortage of IT capabilities and an incapability to quickly react to information hamper retailers’ efforts to respond to consumers’ ever-changing expectations. Third, the inability to move streams of point of sale (POS) data to an environment where retailers and consumer packaged goods (CPG) companies can analyze which groups of customers bought which products and why plagues the industry.

Sainsbury’s is one grocery retailer working diligently to overcome that problem. By partnering with Loyalty Management Group (LMG), a division of Groupe Aeroplan, the 140-year-old London-based supermarket chain is able to analyze detailed data from both its Nectar loyalty program and its POS system to better understand its customers’ needs.

Sainsbury’s began using LMG’s Nectar platform when the loyalty card first launched in 2002. Nectar is a coalition loyalty program whose 19 partners include American Express, BP, and Sainsbury’s. About 50 percent of UK households participate in the program, which awards members four points per every £1 spent when they shop in Sainsbury’s stores or online at Nectar’s eStores. Sainsbury’s customers earn double points when they buy directly from Sainsbury’s website.

Although the Nectar loyalty program has helped to grow Sainsbury’s business, the retailer understood that to stay competitive it also needed to work with its CPG vendors to make better decisions about the products it offers. Rather than use Nectar simply to reward customers, Sainsbury’s wanted to use the information gathered through the program to service them and offer products tailored to their needs.

Previously, Sainsbury’s only received sample- level data about its customers through the Nectar program. New challenges in staying competitive meant that was no longer enough. The retailer wanted to access and to use all of its data. “They wanted basket-level information,” says Mike Poyser, client solutions director at LMG. “What Sainsbury’s wanted to do was to get more at the SKU-level data. They wanted data from every single store, and to build a service to make better decisions in the store.”

Sainsbury’s request was lofty because in addition to looking at detailed data, Poyser says the retailer wanted hundreds of its employees to run analyses on their own, without the constraints of working with analysts. Sainsbury’s believed it could provide the service to its staff on its existing database environment.

Sainsbury’s gets real-time access
LMG partnered with business intelligence firm Kognitio to build an application called Self Serve, which provides analytics on two years’ worth of full POS customer data via an interactive, Web-based service, putting analysis in the hands of the end user. LMG analyzes POS and aggregated Nectar loyalty card data daily and then releases insight every 36 hours into Self Serve, where users can review the results through its Web-based interface. Additionally, LMG sends a data feed directly to Sainsbury’s at about 2 p.m. every day.

Self Serve houses 100 percent of Sainsbury’s POS and loyalty card data, and contains information on every item sold in every store every day. Before Self Serve, Sainsbury’s could only analyze 10 percent of two years’ worth of POS data. Today the retailer can analyze 100 percent of that same amount of data, including customer transaction history, customer ID number, loyalty points, cashier ID, till number, payment type, date and time, number of items, transaction value, product information, and transaction reference number. Additionally, users can see the performance of all products in a given category.

The majority of Sainsbury’s 400 Self Serve users work in product category teams, such as fresh food or meat, not as data analysts. So LMG packages the information in such a way that anyone can analyze it. “It can be a skilled user or one who isn’t trained,” Poyser says. In addition, LMG employs a team of 16 people who spend 90 percent of their time at Sainsbury’s in marketing and merchandising to help the retailer get the most out of the application. LMG is currently developing modules so Sainsbury’s can conduct patterns of trade analysis and portfolio analysis.

The breadth of information available to Sainsbury’s users helps better inform their decisions related to products, marketing, and advertising. Analysts can drag and drop a whole range of data to create myriad reports—from who is buying what, how, and when, to method of payment, to how product promotions are running versus their competitors’ products, compared to other stores, and versus other days of the week. As a result they can analyze such details as an individual customer’s behavior, the likelihood of a customer switching products, and the types of products being sold. At the end of 2008 Sainsbury’s was running 2,000 reports every week with an average reporting time of two minutes.

The data from Self Serve helps Sainsbury’s in several areas: with its brand health check, assortment, new product development, promotional evaluation, and activity evaluation. Through better product ordering, placement, and assortment, Sainsbury’s now can conduct segmentation of its POS data to better understand its customers. “You start to get a good impression of what type of customer is shopping,” Poyser says.

According to a spokesperson for Sainsbury’s, the chain has benefited from the user analysis by having the ability to make better customer-based decisions and having the capability to provide customers with highly targeted, relevant, and timely offers. “We believe that this gives us a distinct advantage over our competitors,” the spokesperson said in a statement.

But Sainsbury’s isn’t the only beneficiary of accessing the deeper real-time data. CPGs also get access to customer reactions pertaining to their own product categories. So, for example, The Coca-Cola Company only sees customer data about the soft drink category, helping it to tailor product recommendations and work with Sainsbury’s to determine the best product placement, as well as to evaluate whether customers are responding to promotions or product changes.

Since launching, 65 CPG companies have registered to use the service, with 800 users trained to operate the system. “Data is better in the hands of more people,” Poyser says. “If you open it up to partners, you get the benefit of them also thinking about your customers and data.”

When working with new CPGs, Sainsbury’s leverages the data from Self Serve to help them analyze the potential market for their products and to determine whether the category appeals to various customer groups. Then when the products launch, Sainsbury’s and the CPG company can quickly analyze how well the products are performing and can track repeat purchases over time. “We know if someone bought a new flavor of chewing gum for the first time,” Poyser says. “We know how loyal people are to individual products.”

Turning the impossible into reality
Stocking the right products based on customer insight is vital, but so is effectively communicating with customers. According to Poyser, the Self Serve data has enabled Sainsbury’s and its CPG providers to be more relevant in their communications and marketing. “Now they’re doing better promotion and analysis,” he says.

Reports from Self Serve, for example, have unearthed six prominent customer groups that Sainsbury’s now uses to segment its data and tailor content and promotions. In one recent analysis, the retailer ascertained that it was doing an adequate job of providing products and tailoring promotions to customers in the Convenience Group (people who don’t cook at home), but discovered that it was ineffectively reaching out to customers in the Traditional Group (people who cook a few times per week). “If [Sainsbury’s] narrows that group of customers it can more generally run the business to appeal to them through the right promotions and by stocking products that they will buy,” Poyser says. “The idea of doing segmentation is you can make sure your customer strategy appeals to all the different types of customers.”

According to Poyser, Self Serve has exceeded Sainsbury’s expectations. The system has reduced analytical query response time by a factor of 60. Analyses that previously took more than five hours to run can now run in less than five minutes. The retailer has also benefited from reduced administration levels, and daily load times have been lowered to just 30 minutes. Most important, Sainsbury’s and its CPG partners have a clear understanding of the customers’ buying habits, their reaction to new products, and how they respond to marketing—and they can see, on a week-by-week basis, what works, what doesn’t work, and how they can best incentivize their shoppers to purchase more.

Sainsbury’s comprehensive approach to gaining business insight has turned the impossible task of getting real-time answers to complex questions into a reality. Such insight will surely keep Sainsbury’s and its CPG providers competitive for the long term.