A Conversation (Not a Lecture) About Social Media 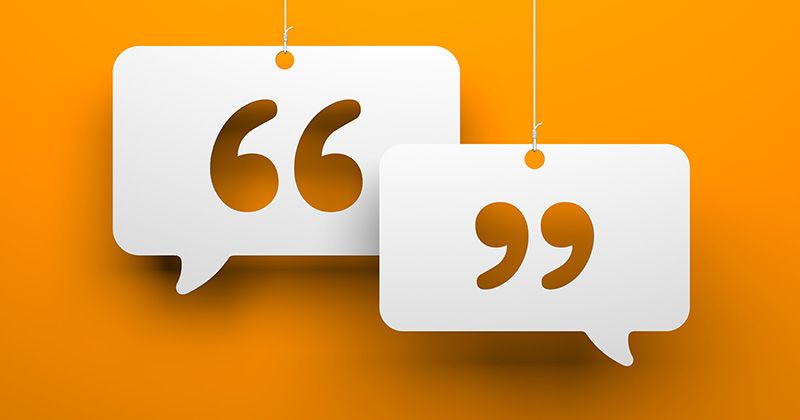 Nigel Dessau doesn’t pull any punches on his blog or, for that matter, in person. “The advice I give to other CMOs is to fire anybody who is a ‘social media expert,’” says Dessau, senior vice president and CMO of Advanced Micro Devices Inc. (AMD), a technology company that produces computing and graphics solutions. “I think most of them are talking rubbish. The first person who crossed the Andes was not an ‘Andes specialist.’”

Like Dessau’s no-nonsense style, his blog is notable for its candor and depth. Not surprising, considering the extent of his industry experience. Dessau joined AMD as CMO in March 2008, following 22 years of marketing leadership experience at Sun Microsystems, StorageTek, and IBM. He oversees all AMD employees and budgets that are marketing related, “whether they report to me or not.”

In this exclusive interview with Customer Strategist, Dessau explains how social media supports the microprocessor chip manufacturer’s customer strategy and why the medium should aspire to be a conversation rather than a lecture.

Customer Strategist: What is AMD’s approach to customer strategy?

Nigel Dessau: Customers live at the center of our strategy. What differentiates AMD is that we tend to do the next thing first. We accomplish that in three ways. First, we integrate technology in a way that other companies do not. Second, we work intimately with our customers as we do that. And third, by working intimately with our customers to do the next thing first, we believe we impact the industry in a significant way.

Back in the early 2000s, for example, 64-bit computing emerged and Intel was telling people that they needed to replace all of their software, hardware, and peripherals. This was a time when most people and companies did not want to redo their systems. We understood the benefits 64-bit would bring, so we took the basic existing architecture and integrated 64-bit into it. We worked with our partners and customers to ensure that the transition was easy…and we probably helped save trillions of dollars in the process. We took that approach because we listen to our customers.

ND: Our social media strategy is designed to participate in day-to-day conversations, as well as in the communities that we think are important to the long-term, strategic decisions that we need to make. We use social media to help us listen, inform, debate, and collect feedback.

Today one of our most important messages is that the speed of the processor does not define the experience of the user. For the past 20 years [chip makers] have been saying that you need a faster and faster processor. That’s just not true anymore, just as it’s not true for cars or for dishwashers. We want to have a conversation that it’s not about speed, but it’s about how you use it and what you do with it. That’s a conversation, not a lecture.

We’ve discovered that we also need to be more visual…. We use YouTube and Flickr and a number of those types of content-delivery engines to provide people with visual and video images, without lots of marketing speak, so they can assess our solutions on their own. We describe our visual approach as AMD Unprocessed.

ND: I think Twitter works if your audience, the people you want to hold conversations with, is there. All of my customers are on Twitter. Most of the large retailers have people on Twitter. There are lots of journalists on Twitter. All of the technical reviewers are on twitter. If you look at my Twitter…you will find the people I would like to interact with on a daily basis. So, when I post a blog and tweet about it, that blog is read by a dramatically higher number of people than when I don’t use Twitter. When someone from Dell or HP says something, I see it. When Walt Mossberg [technology reviewer for The Wall Street Journal] or David Pogue [technology reviewer for The New York Times] writes an article, I see it and can comment in response. We have conversations using Twitter as a mechanism.

CS: What is AMD’s editorial policy concerning blogs and participation in online communities?

ND: Our social media guidelines are pretty simple. They are about honesty, integrity, and transparency. You should have the conversation or go work in the community that you want to, but you have to do it with honesty. This is not a marketing ploy, this is an honest engagement. And you need to do it with integrity; don’t say anything on social media that you wouldn’t say anywhere else…. If you are engaging in both the conversation and the community, then you should be ready to prove and re-prove everything you’ve said. That’s transparency.

Occasionally, we have said something by mistake that we’ve later found out not to be true. At that instant we go back and say, “We made a mistake, that was wrong information, and we apologize.” That’s part of having honesty and integrity, but also transparency, in what you’re doing.

If you want to blog at AMD you have to apply for a blogging license, and I’m the only one who can issue that license. It’s a very short form that asks who you are, what you want to blog about, how often are you going to blog—just make sure you don’t do it once a month and walk away after three months—and who in legal is going to review it.

It’s important that legal reviews these things not because they control any editorial policy, but because it is the word of the company.

CS: Does the review by the company’s legal staff lessen the candor within the blogs?

ND: I don’t find that’s true here. We had an initial set of conversations about blogging and about the impact on the business and we agreed to some very simple guidelines, which we call the traffic light system: red, yellow, and green. There are some red subjects you just can’t talk about, such as legal actions. And there are never any arguments on the red. There clearly are some green subjects: product releases, customer case studies—all of that stuff is fine. The debate centers on the yellow stuff. And we ask legal to give us advice and guidance. Sometimes legal asks, “How do you prove that?” And I’m absolutely OK with that question. If we can’t prove something then why would we say it? And if we can prove it, why aren’t we putting the proof down? If you have the right conversation with the legal people it only ever makes anything better; it never makes anything worse.

CS: Do you measure the impact of your social media activities?

ND: Yes. We use Radian6. It gives us a feel for how the conversations are going. We apply very similar measurements [to social media] that we apply to our public relations activities, such as impressions, equivalency, and tonality.

I’m not a great believer in, “How much revenue did you generate from social media?” I think that stops it from being a conversation and a community-building exercise and makes it a commercial exercise. If you do that, then your social media strategy will disappear into a sales strategy.

We get a lot of data [from the Radian6 tool] that our communications people pore over. I read through the dashboards and then ask specific questions about what I see. For example, if I see that one of our pages is getting less traffic, I want to know why. It’s important to me that [social media] exists within the normal flow of our communications, PR, and marketing strategies.

CS: What are some common pitfalls in the realm of corporate social media?

ND: I think some people and companies fail in social media because they think they can essentially put up a billboard that they don’t have to justify. That’s not the case, because these are two-way interactions.

Social media is hard for many people to get their brains around. When you ask someone to write a blog, the first response typically is, “Why would anyone care what I think?” And then the person gives you 10,000 opinions on other subjects. No. All you need to do is capture one of those thoughts each week and type it on a single page. I don’t find this difficult to do. I’m excited by our products and the people I work with...and, hopefully, I communicate that excitement.