ADP Gets to the Heart of Emotional Connections

The company takes a strategic approach to building emotional connections with customers and drives significant outcomes.

Human beings are emotional creatures. The customer care organization is clear proof of that. A full panoply of human emotions from frustration to delight can be observed through interactions between customers and representatives. While conventional wisdom suggests that a representative’s job is to make customers happy, HR and payroll processing firm ADP believes there’s more to it than that. A growing body of research has found that customer satisfaction doesn’t have a strong influence on customer loyalty. What matters more is whether brands connect with customers on an emotional level. And so, in what Phillip Dzialo, division vice president, ADP HRO, described as a “leap of faith,” the company put the research to the test.

Let’s make a connection
At most companies, customer satisfaction is “often already high, and seldom a competitive differentiator,” concluded Harvard Business Review contributors Alan Zorfas and Daniel Leemon, who researched the impact of customer satisfaction on customer loyalty across numerous brands. “On a lifetime value basis, emotionally connected customers are more than twice as valuable as highly satisfied customers,” Zorfas and Leemon wrote. “These emotionally connected customers buy more of your products and services, visit you more often, exhibit less price sensitivity, pay more attention to your communications, follow your advice, and recommend you more.”

This finding is in line with other studies on the link between customer behavior and emotional connection. “The way an experience makes customers feel has a bigger influence on their loyalty to a brand than the effectiveness or ease of the experience,” according to Forrester’s U.S. Customer Experience Index for 2018. What’s more, emotionally engaged consumers are willing to spend twice as much on brands to which they are loyal, according to a report from Capgemini. In other words, companies must do more than provide a pleasant experience to earn their customers’ loyalty and dollars. Dzialo agrees. “Like most organizations, we train our employees on courtesy and empathy,” he says. “But we wanted to go deeper.”

Employees create strong customer relationships
ADP recently partnered with TTEC (Customer Strategist’s parent company) to deploy emotional-connection-based strategies within its contact center and help associates build stronger relationships with callers. The project started with a pilot of six associates. The objective was to measure and analyze customer interactions and determine whether a stronger emotional connection between customers and associates drives quantifiable improvements in the company’s Net Promoter Score (NPS), employee engagement, and other areas.

The associates who were selected for the pilot used a CRM system that allowed them to note information that a caller shared that could be used to personalize the conversation and subsequent calls. For example, if a customer indicated that he or she was calling about the birth of a child, the associate might say, “Congratulations! Is this your first child?” Based on the caller’s response and profile, the associates were instructed to look for opportunities to add more value to the conversation. If the caller was a new parent, the associate might mention that the caller’s insurance plan includes a postnatal hotline and offer the phone number.

For guidance and consistency, the associates were given knowledge management one-pagers. “We designed experiences for critical life events that guided our associates through connecting, consulting, and surprising callers (e.g., alerting them to a service they were unaware of),” Dzialo explains. At the same time, it was important for associates not to follow a script. The idea was for callers to “feel like they’re getting an answer that isn’t identical to what was given 30 times prior that day,” Dzialo adds.

The associates also had the option of sending postcards for life events, such as a new home or the death of a loved one, if they wanted to further personalize an interaction. Additionally, they could bestow small gifts of $25 or less. An associate who had an emotional conversation with a caller who was diagnosed with cancer made a $25 donation to the American Cancer Society in the caller’s name, for example.

The pilot lasted 60 days and it was “incredibly successful,” according to Dzialo. Based on NPS email surveys, the company saw a 15 percent increase in positive NPS results compared to associates who were not part of the pilot. The email response rate itself was up 54 percent year-over-year. In addition to the increase in NPS score and response rate, the company experienced a rise in empathy sentiment of more than 200 percent in the NPS comments.

Additionally, using Clarabridge’s text analytics tool, the company noticed that certain words like “hope” and “empathy” appeared more frequently in customers’ written testimonials. The associates who participated in the pilot also gave positive feedback and were advocates of the new, people-centric approach. The company also learned from the pilot that associates are more likely to change their behavior after listening to a peer handle a call in an ideal manner. “Playing segments of live calls role-modeling the expected behavior had the greatest impact on the advancement of the brand,” Dzialo says.

Encouraged by these results, ADP rolled out a company-wide plan for helping all associates build stronger one-on-one customer relationships. In 2017, the company introduced new terminology; representatives, for example, are now referred to as MyLife Advisors. To ensure that these changes weren’t superficial, the company introduced additional strategies and processes to prioritize a personalized customer experience across other channels, such as email and chat. Instead of ending an email with a formal statement, for instance, associates were given the freedom to use a casual tone, such as, “Hopefully you found this information helpful.”

At the same time, senior leaders constantly observed the new processes and operational changes and discussed opportunities to make improvements. For example, after noticing that some associates felt pressured to note personal details about a caller, ADP introduced an internal concept called “MyStory.”

"Everyone has their own story to write in life and our goal is to help each caller add to that story,” Dzialo says. “So even if [the associate] didn’t include more information on a caller’s profile but still received a good score [from the customer], that’s important too.”

What’s next for ADP CX
As associates add more data to ADP’s CRM system, the company’s next step is to use data analytics and machine learning to identify trends and predict next best actions to help associates work more efficiently while remaining focused on the customer. With TTEC’s help to connect data sources and create a single view of the customer, ADP is working on an advanced version of “MyStory.”

The new features include the ability to distinguish between static versus dynamic CRM information (e.g., a customer graduated from New York University versus taking the family to Disney World next month); integrating and tracking gifting fulfillment, as well as using emojis to quickly identify potential common interests. For instance, an associate could hover over a baseball emoji and see that the caller is a Red Sox fan.

In addition, the company will be implementing predictive behavior routing technology to align the personalities of the caller and advisor. “With this we will look to modify the knowledgebase to adapt and make connections based on the personality of the caller,” Dzialo says.

Focus on the human touch during contact center interactions
For other companies that are looking to personalize their customer interactions, Dzialo has several tips:

• Empower associates to break away from scripts (with adequate training and practice beforehand).
• Be prepared to learn quickly from mistakes.
• Regularly observe, discuss issues, and recalibrate.
• Give associates ongoing guidance and feedback.

And even if some responses aren’t polished or can be worded better, that’s fine, Dzialo adds. “It’s OK not to have a perfect response to an emotionally charged conversation. In fact, the awkwardness makes it a genuine conversation.” Above all, be willing to take a risk. Even with plenty of research and data to support it, there were moments when “we were taking leaps of faith that emotional connection with customers really matter,” Dzialo says. “And I think it does. We see it in our Net Promoter Score and our employee engagement surveys. The comment we frequently hear is, ‘I’m proud to work for an organization that can make a difference in people’s lives.’” 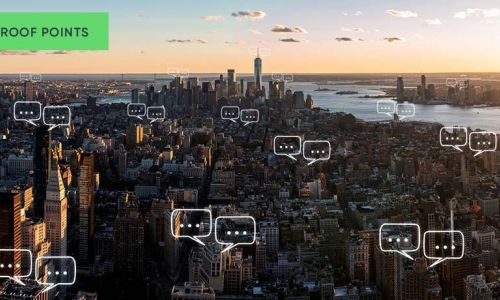