This Pride Month, Brands Look Beyond the Rainbow to Stand Out with Customers

It’s Pride Month 2021 and brands known for offering great customer and employee experiences are marking the occasion by taking a thoughtful approach to the annual celebration of the LGBTQIA+ community. In many cases, their Pride extends well past the month of June.

These days, to truly engage with employees and customers, brands need to make meaningful steps toward fostering a truly inclusive environment. It’s not enough just to temporarily don a company logo in rainbow stripes or launch a new rainbow-themed product that does more to boost bottom lines than to raise awareness. Customers and employees want to know brands are truly invested in the cause and supporting LGBTQIA+ people even when the calendar isn’t telling them to.

To many, the stakes are particularly high this year. As GLAAD says on its website: “Over this past year, we have witnessed an unprecedented level of horrifying attacks on the LGBTQ community in policy, rhetoric, and direct violence. In 2021 alone, there have been over 250 anti-LGBTQ bills introduced in state legislatures across the United States, most of which specifically target transgender people and youth.”

Against this backdrop, here’s a look at how are some brands are celebrating Pride, this month and beyond:

Amazon has long been a vocal champion of LGBTQIA+ rights, having launched the affinity group glamazon back in 2005. This month, the group raised the new Pride Progress flag at Amazon’s Seattle headquarters – incorporating the colors pink, white, and blue to represent the transgender community; and black and brown to represent people of color.

“We are proud that Amazon has more than 40 glamazon chapters around the globe,” the company said in a statement. “But our work to make both Amazon and our communities more inclusive and welcoming isn’t done. In the fight for equality, it’s still day one.”

On a corporate level, Amazon advocates for anti-discriminatory federal legislation, like the Equality Act.

To spread Pride to its millions of customers, Amazon is offering curated lists of content – movies, shows, books and playlists – and showcasing LGBTQIA+ entrepreneurs throughout the month.

The cosmetics retailer has launched an online Pride hub where visitors can make an impact well after June comes to an end.

The site decries the spate of anti-trans bills that have been proposed this year and encourages visitors to sign a petition that urges federal lawmakers to pass the Equality Act.

For every signature to the online petition between May 31 and Aug. 29, The Body Shop will donate $1, up to a maximum of $25,000 – with no purchase necessary.

“Here we want to encourage allyship in ways to take action,” the site says.

Microsoft has been a long-time supporter of LGBTQIA+ rights, especially when it comes to its own workforce. The company added sexual orientation to its nondiscrimination policies in 1989, and a few years later became a corporate pioneer when it extended employee benefits to same-sex domestic partners. It also started its GLEAM employee resource group, which helps workers feel supported, in the early 1990s. The group is in more than 36 countries, including some places, like Singapore, where being gay is against the law.

Microsoft has donated more than $2 million to organizations that support LGBTQIA+ efforts in the past year alone. The company says it is “standing up for LGBTQI+ justice and equality year round.”

“This Pride, as we navigate multiple crises around the globe — the coronavirus pandemic, systemic racism, targeted violence, and more — we are focusing on the role we can all play to create collective change around the issues that LGBTQI+ people care about most, including those issues often not recognized as LGBTQI+ specific but that impact us all,” the company said. “Together, we can make an impact for LGBTQI+ communities and beyond.”

Software developer Slack is shining a spotlight on its LGBTQIA+ employees this month with its “Out at Slack” initiative, which shares first-person stories, reflections and calls to action.

In addition to giving workers a safe space to speak about their personal journeys, the site weaves in resources, such as a discussion about using the correct pronouns, and tips for “lifting each other up and seeking authenticity.”

From a corporate perspective, the company has made a public pledge to increase the number of underrepresented minorities at Slack, including those who identify as LGBTQIA+. In 2020, the company reported that 7.6% of its U.S. workforce, and 6% of its U.S. managers were LGBTQIA+.

Embracing Pride isn’t just the right thing to do, it can be very good for business. Consumers increasingly want to support brands that take a stand on social issues.

Three-quarters of consumers are likely to start shopping with a company that supports an issue they agree with, and 71% think it’s important for businesses to take a stance on social movements, according to Clutch. And 68% rank social responsibility as the most important attribute of a brand – more than those (44%) who said price was most important.

Having a social conscience can also be a draw for talent. Consider research about Millennials from Cone Communications: 88% of those surveyed say jobs are more fulfilling when they can lead to opportunities to make a positive impact on social issues, 83% would be more loyal to a company that helps them contribute to social issues, and 64% consider a company’s social and environmental commitments when deciding where to work.

At TTEC, we believe diversity, equity & inclusion is something that should be celebrated all year long. Our mission is for each person to feel they belong and can bring their authentic self to work every day, during Pride month and beyond. While we have a lot of work to do, CEO Ken Tuchman put it best when he said: “At TTEC, all people are equal, moments are shared, differences are valued, and discussion is encouraged." 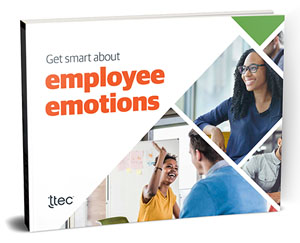 Get Smart About Employee Emotions 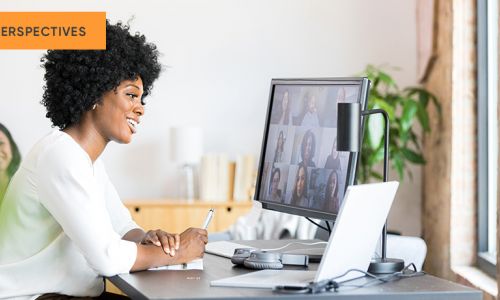 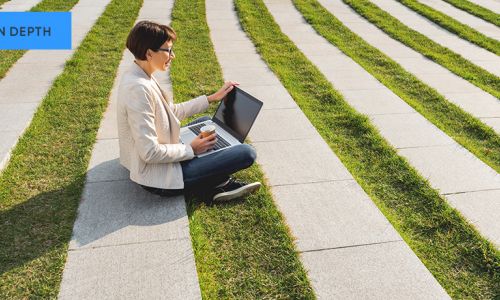 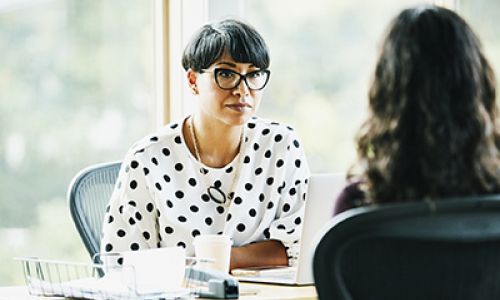