article |
Transform: Own Disruption and the Future of CX

What should companies do when ‘move fast and break things’ isn’t enough? 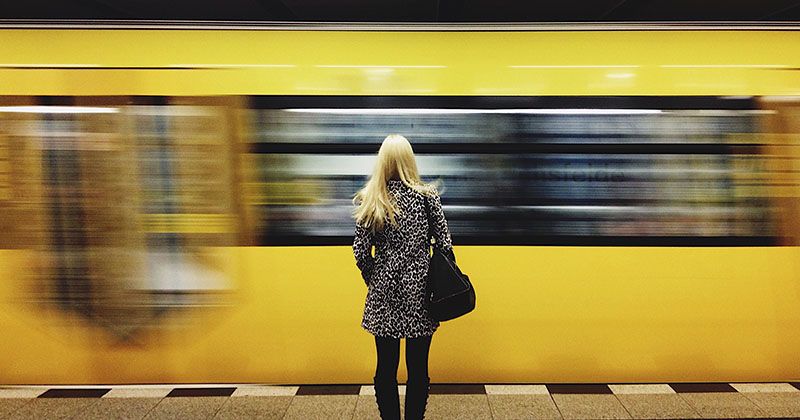 When Facebook founder and CEO Mark Zuckerberg revealed his company’s internal motto was to “move fast and break things” back in 2009, it perfectly encapsulated the nature of disruptive companies. Disrupting an industry meant figuring out how to get a product or service to customers faster and more cheaply than competitors. However, companies today are being asked to redefine what it means to be disruptive.

Disrupting disruption
In some ways, it’s easier to be a disruptive company than ever before, says Suman Sarkar, a partner with Three S Consulting and author of the book, Customer-driven Disruption: Five Strategies to Stay Ahead of the Curve. “So much information and technology is readily available that anyone with an idea could start a business,” he says.

But there’s a growing disconnect between businesses and the customer, Sarkar notes, that’s only going to get worse unless businesses take a different path. “The more time I spend in business, the more I realize that business leaders are focused on the wrong things when they should be focused on the customer and other stakeholders,” he says.

Consider disruptive giants like Uber, WeWork, and Instacart, which a few years ago were heralded for introducing services that emphasized convenience for the customer. Today, many of those companies are facing worker strikes, lawsuits, and increasing government scrutiny. What went wrong?

In the race to disrupt markets and deliver customer innovation, companies failed to acknowledge other people who are affected, such as the workers providing those services and even the environment, Sarkar says. “Companies need to do the right thing and work with all their stakeholders, which is why we’re now seeing a backlash.”

As corporations face rising discontent over dismal working conditions, harmful products, and income inequality, some business leaders are calling for a redefinition of business goals.

Salesforce founder and co-CEO Marc Benioff told Fortune that businesses need to move to a “new capitalism” based on equality, fairness, and sustainability for both stakeholders and shareholders.
The core of Benioff’s new capitalism is the idea that “values are creating value.” He pointed to Salesforce’s “1-1-1 model” of giving 1 percent of product, equity, and employee time to philanthropic causes as an example of how a company could operationalize its values.

Benioff’s message of business transformation echoes the Business Roundtable, an association of CEOs that issued a statement about “the purpose of a corporation.” The statement maintains that companies should no longer advance only the interests of shareholders. Instead, they must also invest in their employees, protect the environment, and deal fairly and ethically with their suppliers. Yet it remains to be seen whether companies will make any impactful changes to the way they do business.

A good indication that a company is likely to transform its business is if it has a clear understanding of its future customer, according to Charlene Li, principal analyst at Altimeter, a Prophet company.
“I think it’s interesting that the number one characteristic of disruptive organizations is that they focus very hard on future customers, building the right experience, and basing decisions around them,” says Li, who recently wrote about disruption in her book, The Disruption Mindset: Why Some Businesses Transform While Others Fail. “And yet when I ask most organizations, do you know what your future customer looks like, they’re still trying to figure out what the customer looks like today.”

What does the future customer look like? Research shows that Millennials and their younger cohort, Generation Z, are calling for values-driven companies—and they’re not the only ones. Today, four in 10 of those ages 50 to 59 consider company values when making a purchase, along with a third of those ages 60 to 70, according to Forrester.

In other words, “More than a fleeting trend or an advertising tactic to attract Millennials, committing to company values has emerged as an imperative for corporate success,” writes Anjali Lai, senior Forrester analyst, in Forbes.

Giving customers what they want
Lemonade, a five-year-old property and casualty startup, is focused on simplifying the process of purchasing homeowners and renters insurance and paying out claims quickly. As per its website, its value proposition is, “zero paperwork and instant everything by replacing brokers and bureaucracy with bots and machine learning.”

Customers can start the process on the web or mobile and are guided by a chatbot named Maya. Maya asks customers questions about their insurance needs, and based on the responses, serves up a policy that fits their answers. The company charges a monthly subscription fee starting at $5 for renters insurance and $25 for homeowners insurance. Once the policy is in effect, policyholders can manage the policy and file claims on the Lemonade app.

In addition to convenience, the company also highlights its “giveback” program. Policyholders select a nonprofit to donate to when buying insurance through Lemonade. The monthly payments are pooled with those of other policyholders and after paying expenses and claims, the company gives any money left over to the customers’ charities.

The company’s target customers are people who aren’t looking for highly customized coverage and have a preference for user-friendly, digital-first insurance. Lemonade co-founder Daniel Schreiber tells eConsultancy that the company “appeals to an underserved market” and the “evidence” of that is that 87 percent of its customers are first-time insurance buyers.

Another way that Lemonade tries to distinguish itself is by attempting to be transparent about how it handles claims.

In a blog titled, “The Secret Behind Lemonade’s Instant Insurance,” co-founder Shai Wininger outlines the role algorithms play: “As smart as algorithms may be, they aren’t always perfect. This is why we only use our claim algorithms to help us reach one single decision: should a claim be handled automatically or not. AI Jim will either pay claims instantly or call in human Jim to take charge.”

Venture capitalists like what they see about Lemonade. Last year, the fintech startup, which is backed by VCs such as Sequoia, General Catalyst, and Ashton Kutcher’s Sound Ventures, raised $300 million in a funding round that valued the four-year-old company at more than $2 billion.

Of course, Lemonade also has its share of disadvantages. Its rates are still affected by factors such as location, value of the home, and potential risks. And if you want to speak face to face with an insurance agent at Lemonade, you’re out of luck.

Industry experts have also pointed out that Lemonade’s business model isn’t revolutionary and is, in fact, similar to other insurers. So, is Lemonade truly an innovative customer-driven company?
“The real KPIs are retention, combined ratios, and customer satisfaction,” insurance expert Nick Lamparelli writes on InsNerds.com. “Those will take years to sort out. Are they [Lemonade] truly in it for the customer, do they really want to revolutionize the business model or is the exit strategy already in place? The world is watching.”

Costco’s strategy for beating Amazon
Companies don’t have to be startups to be disruptive. Costco, which is known for its loyal customers and employees, has a long track record of strong financial performance and is regularly listed at the top of best employer and customer service lists.

The nearly 40-year-old retailer’s strategy of selling merchandise at low prices in a treasure hunt model, combined with its strong employee culture and attention to customer experience—in stores and online—continues to give the company incredible momentum.

In 2019, Costco even knocked Amazon down to second place for online shopper customer satisfaction in the American Customer Satisfaction Index; Amazon had held the top spot since 2010. What did Costco do better than Amazon?

“What takes it to the next level is the customer experience,” writes customer experience expert Blake Morgan in Forbes. “The combination of value, technology, and a human touch puts Costco in the top spot for customer satisfaction. While Costco doesn’t have the amazing quantity of items like Amazon, it excels in personal and convenient service. And apparently, that matters with customers enough to give Costco the edge.”

Redefining customer obsession
A cardinal rule for business growth is customer obsession. Companies that understand their customers and keep up with their ever-changing needs will avoid disruption. While consumers still crave convenience and affordability, they also value worker fairness and environmental sustainability. Transforming a business into one that upholds these values and more requires immense disruption to existing business models, but the companies that don’t will soon find that they have fallen behind. 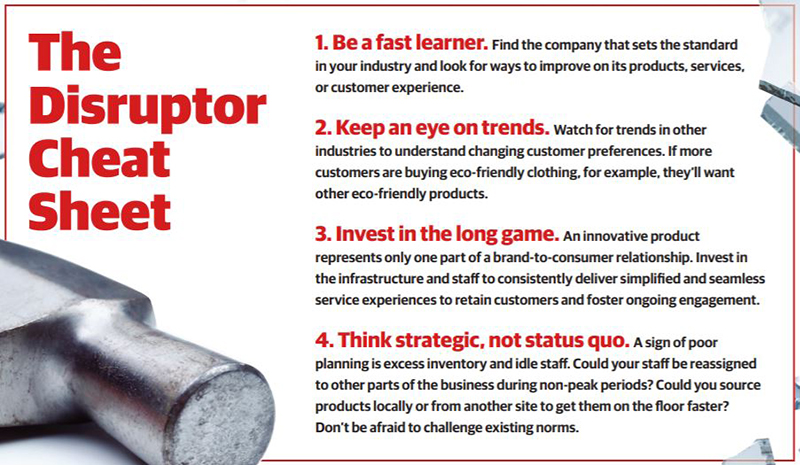