Through an ambitious voice of the customer initiative, the insurance provider uses feedback to improve its products, services, and customer relationships 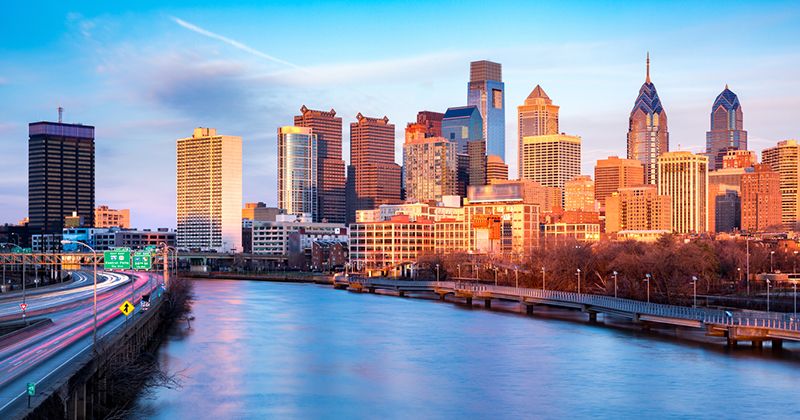 Organizations striving for a competitive advantage know that they not only have to deliver what customers want, but must also surpass their expectations. Doing so begins with understanding customers' needs and preferences, and then taking action based on that insight. This approach helps to develop a sense of confidence among customers that the company puts its customers' needs ahead of its own, which can build trust that results in increased future business.

A comprehensive, closed-loop voice of the customer (VOC) strategy is how savvy businesses are capturing the customer information they need to improve products and services in ways that matter to customers, as well as building customer relationships by communicating those changes back to customers. Philadelphia Insurance Companies is one organization doing just that, and its efforts allow it to be more agile in identifying and rectifying problems, leading to considerable improvements in its Net Promoter Score (NPS).

While in the past, the 50-year-old organization was collecting customer feedback through annual transaction-based and web surveys, as well as mystery shopper exercises, the company felt it was not seeing as many responses as it would have liked to. Although customers were filling out surveys, the information was solely dedicated to providing feedback on the experience a customer had when calling Philadelphia Insurance Companies' contact center. The organization reviewed the results on a monthly basis primarily to determine the performance of individual customer care representatives. However, no other action was being taken based on what customers were saying. "The results were objectively captured, but there wasn't a lot of information as to how customers perceived the company, whether they were pleased with the level of service, and whether they would recommend us to someone else," says Seth Hall, Philadelphia Insurance Companies' vice president of operations.

Further, although the company was receiving up to 35,000 calls a month and some 700 emails daily, multiple sources of customer feedback made it difficult to develop a holistic and enterprisewide analysis of what customers were saying. The organization felt that a more streamlined analysis could potentially recognize systemic problems that could be resolved, thus eliminating future calls on those issues.

Further, Philadelphia Insurance Companies was putting a lot of emphasis on its internal scorecards, which indicated whether processes were going according to the established standards; for example, how long it took the company to respond to a claim. The company was doing well in terms of meeting internal process requirements, scorecard results were good, and customer feedback was generally positive, but the orgaization felt that valuable feedback was still missing.

"We were making the assumption that our customers were pleased when we had positive resullts from our internally focused scorecards," Hall says.

When Hall joined the company in 2009 he quickly realized that the focus on internal measures over customer feedback wasn't giving company executives the data they needed to inform their decisions and determine the success of new projects. "If you want to move the needle, you have to look at what customers are saying," he stresses. Hall understood that the organization needed to focus on what its customers were saying to ensure it was delivering on its promises and increase its customer-centric culture. Additionally, this information needs to be shared throughout the organization to make sure that decisions are based on what customers say rather than perceptions of their experience.

At the end of 2010, Hall selected a cross-functional team of associates to launch a four-phase VOC strategy. The first phase, in mid-2011, was to bring existing surveys into a newly implemented MarketTools platform, which would allow Philadelphia Insurance Companies to capture data from customer feedback that would then be aggregated and visible in real time. Phase two mapped the best ways to analyze and use the feedback, as well as develop companywide communication and reporting tools. The third phase included identifying other feedback loops that were occurring naturally through channels other than the contact center. Phase four was to develop and implement surveys in the service areas where feedback was not previously being collected.

The company now receives thousands of responses to multiple surveys every month, equivalent to about 4 percent of its customer base. This allows the organization to notice trends quickly and be agile in taking any necessary actions. Low NPS scores trigger automatic emails to the person responsible, who can then contact the customer, get more information, and resolve the issue. (Overall NPS averaged at 55.1 between August and December 2011, with a high of 60.45.)

Hall says that the new information allows Philadelphia Insurance Companies to know exactly how it's doing in the eyes of its most important critics: its customers. "I no longer tell the CEO that because our internal scorecards are saying we're doing good things, it means [we are]. We match our internal scorecards with external feedback," he says. So, although Philadelphia Insurance Companies is retaining its internal scorecards, it no longer bases all of its decisions on these results. For example, the scorecards indicated no major billing issues, while the VOC program uncovered that there were more negative comments surrounding billing than anything else. Armed with this information, the company is modifying its billing system this year.

Scorecards also indicated the need to add more customer service reps, because the average speed of answer (ASA) had slipped. However, after reviewing VOC data the company realized that ASA wasn't a good indicator of satisfaction; a better one was first call resolution. "This data was instrumental in us changing the metrics and goals, and thus not hiring the additional staff we thought we needed," Hall says. "The big win is being able to make the necessary changes."

Voice of the customer feedback has also helped improve the organization's ability to connect customers with the right person and get them the right answer. "We are now putting together targeted and transactional surveys to find out what exactly we can be doing differently, and obviously better," Hall says. Philadelphia Insurance Companies has also started compiling an Ease of Administration report, specifically intended to tell employees how easy it is to do business with, from the customer's perspective.

Bringing the C-suite to the customers

However, the company isn't stopping there. An integral part of the company's VOC program is to have C-suite executives contact customers who give less-than-stellar feedback. This practice brings the boardroom closer to customers, enabling two-way communication between the two. It also shows that C-level executives are privy to what customers are saying and are willing to hear more as part of the company's journey to iron out any problems and ensure a great customer experience.

Additionally, this practice gives customers the peace of mind that their comments aren't falling on deaf ears, but are reaching the highest levels of the organization. This direct connection with the executive level is rare in the financial services industry. Custom­ers are surprised to receive a call from a senior executive, and many times are apologetic for giving a low score.

"They're shocked that a se­nior person would contact them on a seemingly small issue," Hall says.

According to Hall, this practice makes it clear that Philadelphia Insurance is not afraid to apologize when it makes mistakes. "Although we do a lot of things well, we're far from perfect, but we're going to call you, apologize, and fix the problem. And we'll do it very quickly," he says.

Not only does this initiative add a layer of humility to a company that manages $2.2 billion worth of premiums, but it also removes the perception that senior executives are unreachable. "There is no ivory tower," says Hall. "This creates a level of trust and comfort as well as confidence in us." These feelings, Hall continues, can make a real difference between whether a customer recommends a company or not. "The fact that we're hearing them and we are reaching out to them, makes us more trustable." 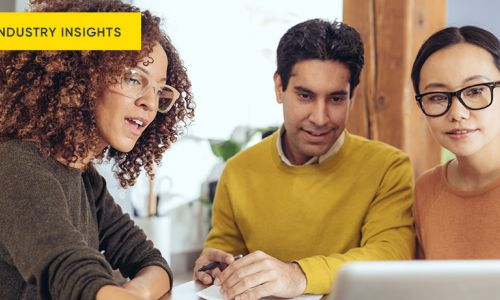 Article Here’s where banks can deliver the most value, now and in the future See More