Montreal’s public transport society entices young riders in their preferred channel, with a positive environmental message that resonates with the fickle customer group.

Opportunities don't grow on trees. They need to be uncovered. Often, they are hiding in plain sight, and it takes thinking outside the box to identify them and make them a reality.

La Société de Transport de Montreal (STM), the public transportation agency for the Canadian city, took a chance by focusing its attention on a previously untapped customer group­­­—young adults—and turned it into a successful venture. It increased ridership, improved the customer experience, and put the transit agency on the map as an innovative organization that understands the needs of its customers and delivers on their expectations.

STM operates bus and rapid transit train services in and around Montreal for 1.2 million daily riders. Its mission is to increase ridership by 40 percent by 2020 and generate additional revenue from sales, concessions, and advertising. According to Pierre Bourbonniere, STM's head of marketing, the organization boosted ridership by 15 percent in five years, due in large part to substantial investments in the city's bus and metro fleets. It then reached an acquisition plateau. "The apples were higher up the tree and harder to fetch," he says.

The organization switched gears and embarked on a retention strategy. Bourbonniere explains that STM was experiencing a 13 percent annual churn. "We wanted to plug the holes of customers who were leaving," he says. The agency identified a specific segment of riders who stopped or drastically reduced their public transport use: students who recently purchased their first vehicle. This provided an opportunity for the transit society. "We wanted to delay their decision to stop using public transport."

A new strategy for a fickle segment

Young people love the freedom a car offers. For many, it's a rite of passage, making the owner feel more grown up and even providing an element of sex appeal. STM had to find a way to compete. Further, there was a cost consideration. New graduates could lease a low-cost vehicle for little more than they spent on their monthly public transit pass. The solution, Bourbonniere says, was to make using public transport a cool choice. "We wanted to change our young riders' outlook towards public transport."

This mentality shift required a company-wide strategy, which started with an organizational rebrand that repositioned STM and made it more attractive to young people. Working with an agency, STM looked at how it could become more appealing to the young commuters. First it changed bus colors and staff uniforms, before  delving into what matters to citizens.

Studies have shown that young adults in Canadian and other Western societies are aware and in touch with their impact on the world, particularly the environment. And Bourbonnier notes that environmental consciousness is a main driver of public transit use, along with price and convenience. STM used this knowledge to create a unique loyalty program to build relationships with riders on a personal level, not just be a means of getting from one place to another. In 2013, the agency launched a loyalty program based on four crucial elements—delivering the right product to the right person at the right place and at the right time. It could achieve this goal using mobile as the primary interaction channel, the preferred channel of most young adults. The program is built to run on the agency's new mobile app, Merci, built with SAP.

Unlike other organizations, which reward customers with points, STM uses virtual trees. The agency's message is that a round-trip using public transit is equivalent to the benefits one tree provides to the environment over a one-year period. "We want to underline the benefits of using public transport," he says. The message carries over to STM's advertising campaigns, tugging at riders' environmental heartstrings by showing how many cars are removed from the road by a single bus or metro.

STM needed to differentiate itself, or else it would be another loyalty program that would get lost in the shuffle. So instead of points, users get "instant gratification," Bourbonniere explains. Leveraging the benefits of mobile with the Merci app, STM can alert individual riders of immediate delays or other issues on their usual routes, using geo-location tools. It can also offer an alternative means of transport, for example using the metro instead of a bus, or recommend the best times to arrive at a station to get a seat on the next bus. "If an escalator is being repaired, we can alert riders and offer them an alternate route that will prevent them having to climb the stairs at that station," he says.

In addition, STM partnered with local retailers and entertainment entities to increase the value to customers. Offers from approximately 1,300 partners are pushed to riders, and individuals can also search for relevant offers. For example, a rider who wants to meet friends for a drink after work can look for a bar in the area that has offers. Using geo-location technology, the Merci app will provide him with recommendations, and show him how to get there using public transport. Rewards are based on individual public transit usage; while a light user might get a 20 percent discount, someone who uses public transport more often will receive a two-for-one offer, for example.

Timeliness is also a differentiator for the program. A customer walking down a particular street will receive a notification when he's close to a coffee shop in the morning, but will receive a different offer when going through the same route later in the day. And sitting on the bus on the commute back home, passengers might get a simple dinner recipe from a nearby supermarket. "Offers are targeted in real time," Bourbonniere says. Further, the system learns from customers' usage, allowing STM to deliver even more relevant content to its riders based on what they've expressed interest in, rather than solely relying on demographic data. "We have partners where people live, in the different boroughs," Bourbonniere says, adding that plans are in the works to partner with event organizations to offer discounts on shows and festivals.

One of the challenges that STM had to overcome revolved around Quebec's strict privacy laws, which, as Bourbonniere explains, means that companies cannot retain customer information that isn't "mission critical" to the organization. Even opting in isn't sufficient to circumvent this regulation. This was a serious roadblock to the implementation, but STM developed a creative solution that uses two separate databases so data doesn't mix. The only time the two come together is when a customer receives a personalized offer. "We've created a Chinese wall between the two to abide by privacy regulations," Bourbonnaire says.

These messages have resonated well with customers, and Bourbonniere says that STM has started to see an increase in young adult riders. "Our research shows that a car is no longer considered as sexy to kids as beforehand."

In the first six months of the pilot program, almost a quarter of Merci's 20,000 users increased their use of public transit. Bourbonniere explains that 43 percent are using public transport for new reasons, for example riders who only took the bus to and from work are also using it to go out on weekends. "This gives us more trips."

And, the exercise has had a snowball effect. Nearly half of participants have taken a friend with them after getting a two-for-one offer, generating additional ridership and giving the transportation society the opportunity to capture and retain these new customers, turning them into loyal users.

Merci has also had a positive impact on STM's image. "We are trying to communicate that we're a dynamic organization that provides customers with the right choice," Bourbonniere says. Apart from providing riders with extremely personalized and relevant offers, STM is reinforcing that riders made the right choice deciding to use public transport by reminding them of the benefits to the environment.

Another benefit of the program is that STM now has a relationship with its riders. The agency can now identify those riders who stop or reduce their use of public transit because they feel they aren't well served. "We can contact them and ask them why," Bourbonniere says. This approach is also allowing the society to identify segments that are at risk.

Public transport can get commuters to their destination, but as STM has shown, public agencies can go beyond being a utilitarian service by taking a customer-centric approach. The transport organization is delivering added value to its customers, and even tapping into their environmental consciousness. "We want to engage with them and reward them for their ridership," Bourbonniere concludes. 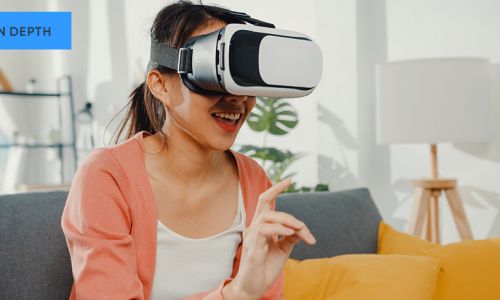