Research shows that telecom operators can unlock unrealized revenue by acting on the drivers and triggers of mobile data usage throughout the customer lifecycle. 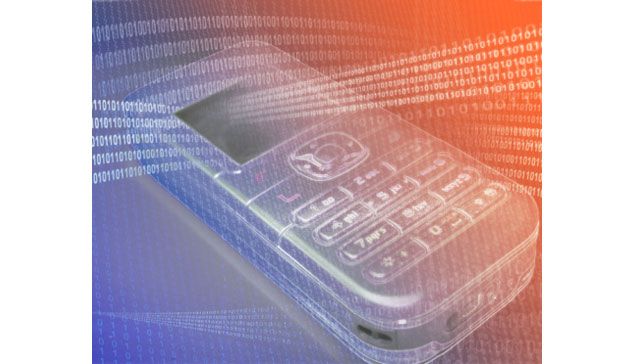 Mobile data usage has grown sharply recently, and we are only at the beginning of the mobile data era. Smartphones are becoming an integral part of modern society and mobile data has led to a change in behavior.

Mobile handset technology has improved tremendously in recent years, and this continuous innovation will bring advanced smartphone features and apps to the mass market at increasingly affordable prices. This explosion in the telecom market is why we conducted research about the current and potential use of mobile data in both the emerging and developed world. The study surveyed more than 8,000 people about their mobile data use in both emerging and mature telecom markets around the world. Mature telecom markets include the United States, United Kingdom, Australia, Singapore, and Hong Kong. Emerging markets include India, Indonesia, Thailand, Malaysia, Brazil, Nigeria, Turkey, and the Philippines.

Respondents were categorized into four groups: youth, professionals, senior, and low-income. They were surveyed primarily about their decision to sign up for mobile data, their spending habits, price sensitivity, and overall satisfaction.

More than two-thirds (67 percent) of handsets captured in our research were 3G enabled in mature markets, while 35 percent are 3G enabled in emerging countries. Tablets, which were virtually non-existent in 2010, now represent approximately 5 percent of the operator device portfolio globally, according to the Wireless Federation's April 2012 report. Operators are quickly responding to this by upgrading their 3G and 4G networks to prepare for demand from  data-hungry users.

The research, along with Peppers & Rogers Group analysis, indicates the potential for a rise in data revenues, while voice revenues will stagnate and start to decline. Overall data revenues will grow to US$400 billion and contribute 47 percent of total operator revenues worldwide by 2016. The number of 3G connections will take over as the dominant mobile data technology, while some markets will see 4G connections pick up momentum in 2015 onwards. 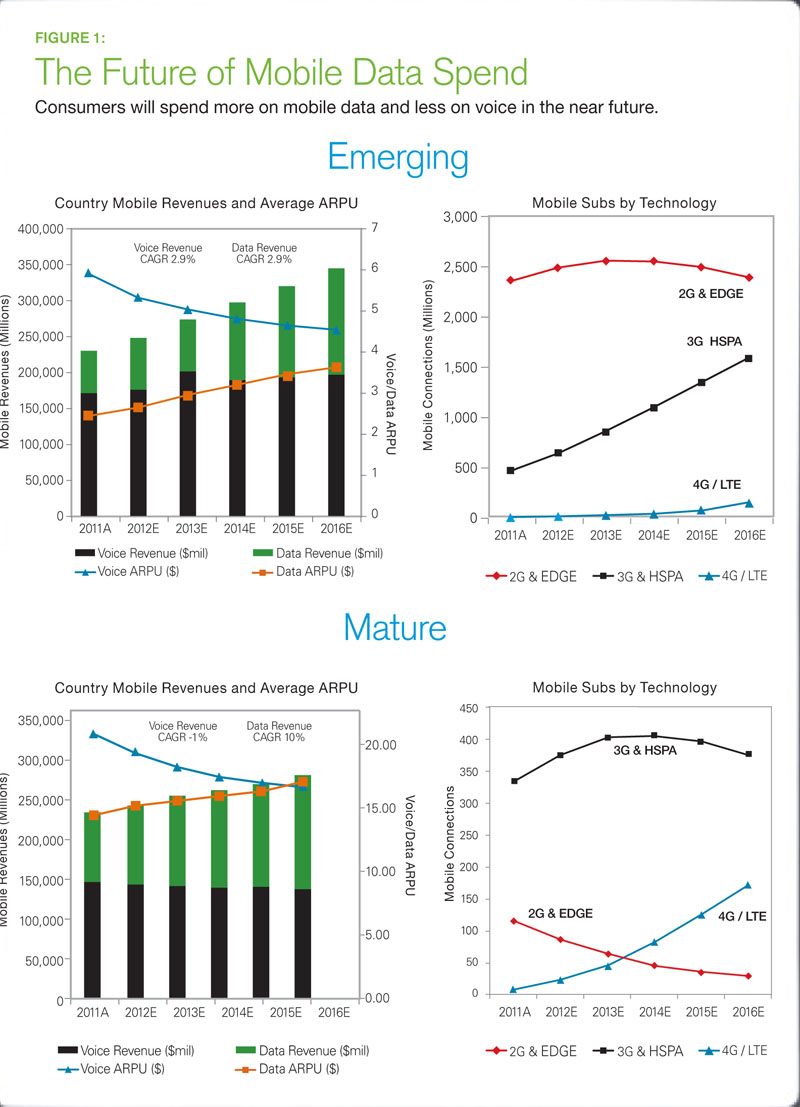 Subscribers are at a nascent stage of mobile data adoption and usage. Consumer spending patterns are slowly evolving toward developed market trends as subscribers continue to spend more on data and less on voice. The youth market spends on average 11 percent of their

Prepaid is still the dominant payment model in emerging markets. Respondents stated that the main reasons  they did not want to sign up for contracts with their current operator were because they did not want to make a commitment and their usage is irregular. Only 8 percent of emerging market respondents said that they recharge daily, 30 percent recharged 2 to 3 times a week, and 31 percent recharged once a week.

Subscribers from emerging markets have a higher price sensitivity toward voice charges and less for data charges, due to the simple fact that a majority of their spending is on voice. In contrast, youth and professional segments from mature markets are more likely to leave when data charges increase, while seniors and low-income users are more sensitive to increases in voice charges. Interestingly, subscribers from mature markets wanted better prices, while subscribers from emerging markets wanted better network speed and quality.

More than 60 percent of those surveyed from emerging markets said that social networking was the trigger for their mobile data use. Accessing Facebook, Twitter, Whatsapp, LINE, Skype, and other social networking apps is becoming a prevalent way to use mobile data among the youth and professional segments in countries like Indonesia, Thailand, the Philippines, India, Vietnam, and China. However, there are limitations. An overwhelming 70 percent of respondents said that high prices are the main reason that is preventing them from increasing the use of mobile data, followed by network speed and network quality. 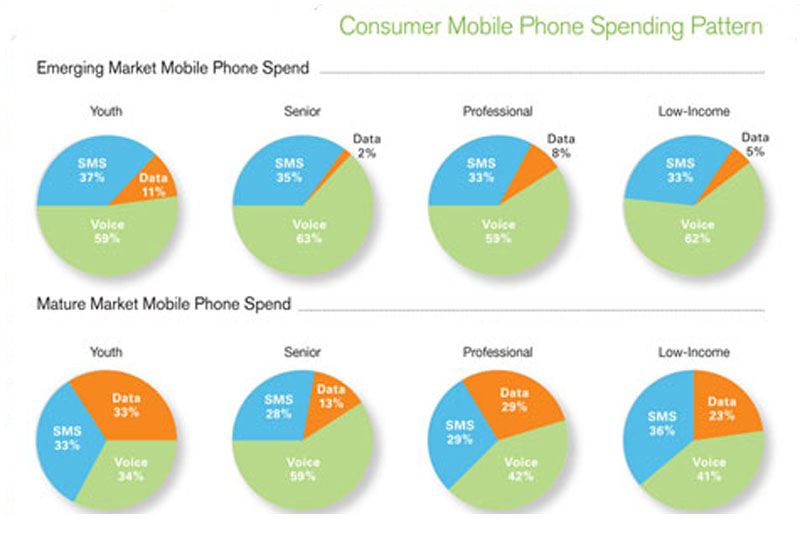 Taking action throughout the customer lifecycle

It is important to understand the behavioral patterns and triggers for mobile data growth in different stages of the customer lifecycle. We have identified four customer lifecycle stages on which operators should focus their efforts: Awareness, adoption, addiction, and monetization.

In the awareness phase, it is important to over-communicate with the customer about the benefits of mobile data. Understanding the needs, behavior, and value of the microsegments will enable smart operators to personalize offerings and educational materials to attract non-users. They also need to be transparent in price plans and clear in their terms and conditions to avoid future surprises.

In the adoption phase, operators should look for ways to enable users with Internet and 3G capabilities. A growing number of handset makers have introduced advanced and affordable smart devices, such as Huawei's Ascend line, Karbonn and Lava in India, Cherry mobile in the Philippines, and a wide array of China OEM smartphone manufacturers. Reliability and speed are also important. By closely monitoring the market behavior trends and keeping up to date with the latest consumer demands, operators should be able to discover an emerging need and develop a more targeted data package offering.

In the addiction phase, it is important to increase convenience and stimulate usage with personalized bundles and add-on plans. Yet operators have to be careful not to build up destructive addiction that will cause revenue cannibalization on main revenue streams. Mobile operators can leverage their existing usage to penetrate new and neighboring devices from within their customer base.

In the monetization phase, operators should be collecting and mining customer data to enhance revenue generation capabilities by increasing adoption rates and discovering new usage patterns. They can also drive up profitability through effective cost management, regulating usage trends, and maximizing ROI by utilizing unused capacity and opening up new revenue streams.

Operators can leverage the abundant amount of customer data to build info-smart capabilities through customer analytics. Operators who excel in customer analytics will be able to understand the mobile data usage behavior per segment such as usage times, popular websites browsed on mobile devices, reload patterns, and response rate toward promotions. These insights will allow an operator to interact in ways that appeal to users. Understanding customer behavior, value, and needs will also allow an operator to boost revenue stimulation programs.

Interest and usage of mobile data is accelerating in both mature and emerging markets. To capitalize on this mobile data boom, operators need to move away from traditional price competition and instead look at providing a new and improved mobile data experience.