article |
The Strategic Side of Social Media

Social media is enabling doctors at Mayo Clinic to better communicate with its patients, helping them become informed, and ultimately, empowered to ask the questions that matter. 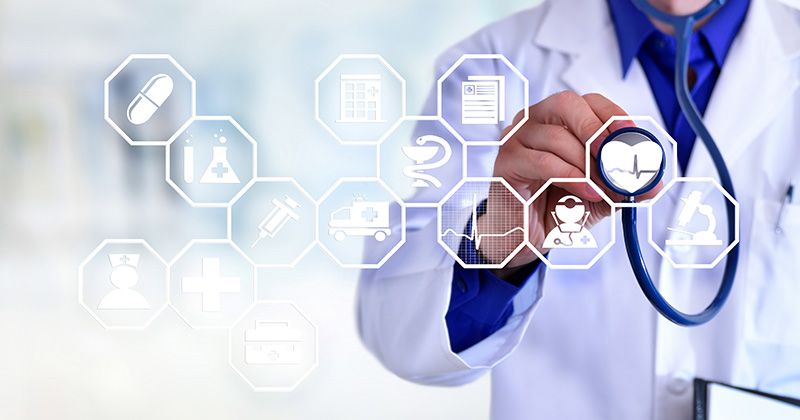 As told to Cynthia Clark

Patients are already interacting in the social space, so physicians need to master these channels, as well. They're already being talked about in social media, whether they like it or not. This makes it imperative for medical professionals to know how to take charge of their appearance on these platforms and decide what information they want to share via social media, while ensuring that what's already available about them, and about the medical conditions they treat, is accurately represented.

With this in mind, last year Mayo Clinic launched its Center for Social Media to be a resource for health-related organizations, be they hospitals or individual physicians, that are interested in applying these tools in the healthcare context. The Center uses webinars, workshops, boot camps, and an online curriculum to train healthcare professionals on the use of social media. It also provides consulting and coaching to help organizations align social media strategies with their business goals and conferences to teach these skills based on Mayo Clinic's experience.

The Center this year organized the first social media residency, which we plan to have on a regular basis at our campuses, as well as at other locations. The two-day course, part of a week-long social media summit that we hosted for medical professionals, took the format of a hands-on medical residency. The chief residents, members of our Mayo Clinic Center for Social Media staff and external advisory board, provided individualized attention to other medical professionals, teaching them about the best ways to use social media to communicate among themselves and with their patients. There was one physician among the chiefs, but mostly they were social media experts associated with our center. We had about 40 people attend the residency. Several left with plans to implement at their organization. We learned a lot through this first course, and expect to be offering the Social Media Residency several times in 2012.

Extending medical professionalism into social media
One thing we emphasize at the Center is that, as in all other spheres of their work, physicians and patient organizations need to think first and foremost about professionalism before embarking on a social media strategy. Social media is not a place to practice medicine, but a place to share information of a general nature—ensuring that patient confidentiality remains a priority regardless of the channel of communication being used.

Even when physicians are careful, the possibility exists that patients themselves will reveal information about their condition on social media, for example when they contact a doctor on Facebook. We urge medical professionals to immediately take these conversations offline. They should respond to these patients and inform them that such an issue should not be discussed in a public space.

When social media is used properly, however, physicians can share a great deal of information with patients, and even with sufferers of a particular condition who are not yet their patients. One of the ways medical professionals can use social media is to educate patients about different facets of their specialty and equip those patients with information that enables them to ask more relevant questions during face-to-face time with their doctor. We've worked with oncologists who prepare 10-minute YouTube videos to give information about a particular cancer in which they are specialized, giving an overview of some of the treatments that are commonly used. This has proven to be helpful for patients and patient support groups and, as a result, we see more people coming to visit those doctors.

Social media's use in healthcare as a source of information and a point of connection between patient and doctor doesn't end there. The same tools can be used to prepare patients for their visits, so that the one-to-one communication with the medical practitioner can focus on issues that are specific to that particular patient, rather than on the condition in more general terms. This can lead to more productive visits for both patients and physicians.

One of our success stories is a video recorded by Dr. Sreenivas Koka, chairman of Mayo Clinic's dental specialties department. He noticed that he spent the first few minutes of every appointment answering similar questions, some of which were about him. He recognized the opportunity that social media gave him to introduce himself, so when patients entered his office they felt like they already knew him—helping to overcome some of the first-visit barriers. Koka also noticed that there were three main reasons why people needed the dental prosthetics in which he specializes: bite function, pain, and appearance. He used a YouTube video to explain these three issues and ask patients to think about their main concern. This is helping prepare patients for their appointment, giving them the information to be better able to explain what their concerns are. As a result, Koka's appointments should be more effective and take less time.

Video as a first step into social
Another way to improve a hospital visit is to familiarize patients with their surroundings beforehand. Mayo Clinic has produced a number of videos that do just this, virtually showing patients around the facilities and pointing out specific areas, for example, where they can check their coats.

Videos also are a great way for medical professionals to ease into using social media. Physicians have a deep knowledge of the medical subject and the scientific basis behind it; simply capturing that information on camera and sharing it is a real contribution that they can make.

We use videos to share advice within the healthcare profession, too. For example, several videos on the Mayo Clinic's YouTube channel give medical professionals tips on how to launch their own social media presence. Four pieces of advice physicians have shared there are:

The way people are going to be involved will depend on their comfort level, and some of that might vary by age. While younger doctors who went to college in the Facebook era are likely to be more active in social media, we are also seeing those who are more advanced in their careers willing to participate in some ways.

The key message, though, is that medical professionals do need to be involved in social media. Time can be scarce for a busy doctor, but physicians need to look at the bigger picture and realize that investing some hours into maintaining a social media presence can actually save them time in the long run.

It is certain that social media will play an increasingly important role in healthcare and make a difference in the way it's practiced. Perhaps healthcare has been slower to adopt social media, but these tools are so powerful that they will only grow in impact.