article |
The Strategic Side of Social Media

The high-tech behemoth launched a social media listening command center to listen closely to customers’ comments and concerns, and take quick action on any issues before they escalate. 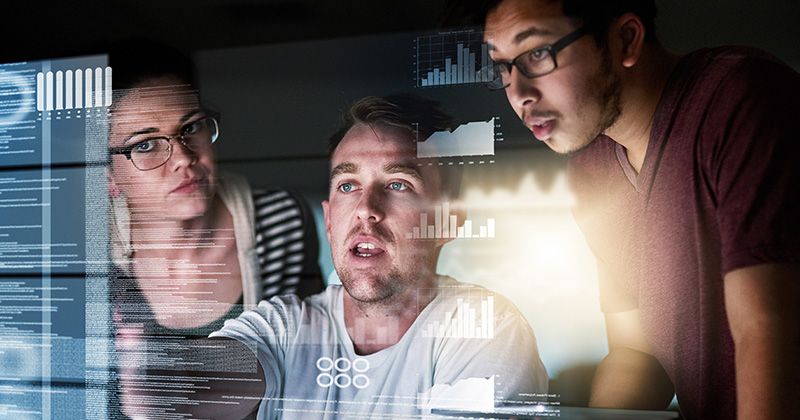 Listening—a skill that humanity has been trying to master for centuries. Yet, in the age of social media, listening has taken on unprecedented importance. For a company, listening effectively can make the difference between customer apathy and customer engagement and between averting disaster before it happens and having to pick up the pieces afterwards.

After its own social calamity, Dell made a commitment to engaging customers online. Its IdeaStorm online community, for example, encourages customers to share ideas for new products, as well as ways to improve current ones. But that was just the start. Cognizant that its customers were increasingly turning to social media to discuss most everything, including Dell, senior management wanted to listen closely, and cohesively, across the social landscape for mentions of its brand and products. Although various listening groups scattered throughout Dell's different departments had been monitoring social media mentions for some time, company leadership felt the need to set up a central structure to monitor social conversations and ensure that action is taken on any customer concerns.

So, in December 2010 the company launched its Social Media Listening Command Center at its headquarters. The command center takes a central role in tracking mentions of Dell via social media, analyzing sentiment, and if there's a problem, mobilizing the necessary teams to address it immediately. It plays a crucial role in ensuring that issues are not blown out of proportion.

Along with its monitoring role, the Social Media Listening Command Center also functions as a training center for social media monitors situated within Dell's various departments, who are also responsible for listening in to social customers' conversations. "The aim is to empower everyone at Dell to keep a finger on the pulse of their customers, in real time, through social media," says Maribel Sierra, Dell's director of global social media and communities. "The command center serves as the body that helps them along the way. Most important, it watches the overall conversations, making sure that nothing is going viral, and if it is, coordinates with the appropriate teams that need to address the issue."

Staffing to serve
Launched with five employees, the command center has already tripled its staff to 15 and further growth is planned. When selecting the initial team, Sierra chose employees who were already social media savvy. It made sense to harness their existing skills. Additionally, Dell wanted to capture the skill and enthusiasm of its other socially savvy employees, especially those with technical expertise on its products. Aware that its customers want to communicate with experts in the particular area where they have an issue, Dell management decided to train these experts, give them the necessary tools to listen in to customer conversations, and have them interact with customers to resolve their problem—consequently improving the customer experience. "We thought, 'Why don't we empower them? Why don't we provide them with the right training to be our brand ambassadors out there?'" Sierra says.

Since Dell connects customers directly with experts, the role of the Social Media Listening Command Center stops with monitoring. "They just listen," Sierra says. If the command center employees identify an instance where they feel Dell needs to engage, they will communicate with the appropriate department and hand the baton to them. "We think about it as an early warning system that connects the dots between all these different groups in case something goes viral."

For example, the company has a dedicated team that monitors social media specifically for customers in distress. Recently, this team discovered a cluster of posts from customers who reported that their laptops were heating up. Further review determined that this group of people was using the same prelaunch model. So, the monitoring team alerted the command center of the issue. The command center team tracked an increasing number of similar posts populating social media; communication with the contact center revealed that it had received a number of calls about the same issue. The Social Media Listening Command Center next alerted the product group, which began reaching out to customers online. Through those interactions the group gathered enough information—including photos of where the system was heating up—to identify the root of the problem and plan for design changes. Since the incident happened with a prelaunch product, Dell was able to make the necessary changes before releasing it into the market.

"It was a great discovery and the kind of situation where the command center played the crucial role of coordinating the different parties and getting the right information. The value of social media was the real-time feedback that led to identifying the problem before the issue went viral," Sierra says.

Listening in to social media conversations also helps Dell equip all its customer touchpoints with the information they need to answer questions. In the above case, for instance, contact center associates were able to tell customers what the issue was and what the company was doing to address it. "We have a very tight process around anything we discover over social media, and there's a resolution around making sure that associates handling the phones, email, or chat facilities have that information in case they come across the same issue," Sierra explains. It also helps the company preempt an increase in customer service requests and staff its departments appropriately.

One of the crucial decisions that Dell made when it launched its social media listening posts was trying to diminish the risk of misunderstanding what its customers were trying to say. In fact, within its first year in operation, the command center is already monitoring conversations in 11 languages, something that is extended throughout the organization's listening posts. More important, it is done by native speakers of each language. "When we expanded globally we made the decision to have native speakers monitoring posts so they can validate the quality of the post they were reading. For example, sarcasm in English might be different than sarcasm in French. It's important to catch the nuances in customer comments," Sierra points out.

The value of immediate feedback
Sierra says the power of having real-time data available is what makes the Social Media Listening Command Center so successful. "We don't need to wait for a survey. Customers are giving us feedback right now." She adds that the command center has provided visual evidence of how having this instant feedback can help the company. This, in turn, has increased awareness among Dell employees of the strength and importance of social media. "Being able to visualize, on one screen, the top 50 most influential people talking about a particular topic, whether healthcare or mobility, makes us realize the power of social media."

Since Dell launched the Social Media Listening Command Center, it has won five awards recognizing its work. Sierra says the command center has facilitated more prompt identification and correction of issues, together with a more coordinated and integrated early-warning system. It also has allowed Dell to onboard more team members across the company on its listening tools and processes with the goal of empowering them to directly keep a real-time pulse of their customers.

Dell is keenly aware that not all of its customers' problems can be solved. However, listening helps even if the company cannot resolve every issue. "We found that customers are surprised when you reach out and say that you're there to help," Sierra says. "Just knowing that you're out there, that you're monitoring and listening, is a big customer experience transformation."

As more and more customers discover the power of social media, the demand for companies to listen and be aware of what customers are saying will only increase. Gatorade, for example, launched a social media listening center similar to Dell's in June 2010. Sierra believes that more companies will start making social listening a priority.

"Companies that are serious about wanting to understand what their customers are saying, and those who feel the need to have real-time monitoring because they realize that things are changing so quickly, will need to have a similar structure." In fact, for the majority of companies a social listening strategy will not be an option, but something they will need to implement.

"Every company will need to listen," Sierra says. She offers three tips for companies that are planning to embark on such an endeavor: