The Evolution of E-Commerce

Nowhere is the intersection of humans and technology more visible than in e-commerce. Consumers are increasingly using their smartphones, tablets, and other mobile devices to conduct research on and purchase products and services they’re interested in while they’re in-store, watching TV, or using a kiosk. In fact, more than half of consumers regularly use two or more digital devices at one time (see Benchmark research).

The online retail experience continues to evolve as consumers increasingly rely on their social connections, online recommendation engines, and other technology enablers to drive their purchase and repurchase decisions.

Bernard Luthi, COO and CMO at Rakuten (formerly Buy.com in the U.S.), has a bird’s eye view on how the convergence of consumers and technology is shaping up and what this portends for online retailers. A leading global e-commerce company, Rakuten offers more than 90 million products to consumers through its marketplace of nearly 40,000 merchants. Luthi speaks to Customer Strategist about how the convergence of customers and technology continues to evolve.

Bernard Luthi: Online shopping is becoming increasingly social. Social shopping is an approach to online retailing that seeks to mimic the way in which consumers shop in the offline world. Increasingly, shopping and social media are fusing together. We are seeing that consumers are finding deals on new items to buy via social media. Traditionally, there was only one form of e-commerce shopping, online via desktops. Now, as more people are spending time online via their smartphones, laptops, and tablets, technology is powering consumers’ ability to connect anywhere making e-commerce even more convenient. 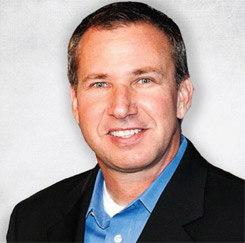 The online marketplace is becoming a blend between e-commerce and social media sites. Let’s take Pinterest as an example. Rakuten led a $100 million investment in Pinterest in May 2012 because we firmly believe shopping is entertainment. Subsequently, in October 2013, eBay launched Pinterest-like “Collections” and there are a myriad of other e-commerce sites that have adopted similar Pinterest-like collections. When technology is realized that meets the needs of a consumer, adoption quickly follows.

Furthermore, some retailers such as Nordstrom and Lowe’s now offer customers the option to get email receipts instead of paper copies, as well as finding coupons and discounts online to apply in-store. As technology continues to advance and devices become more connected, e-commerce sites and brick and mortar stores alike will continue to find ways to reach customers where they are—on-the-go through their technology.

CS: How is this confluence affecting the customer experience?

BL: This confluence is only enhancing the customer experience. Customers now have easier access to new products, deals and exclusive offers from the convenience of their mobile device—laptops or tablets—anytime. For Rakuten shoppers, we are able to view data on what our customers are interested in and make thoughtful recommendations for future purchases. Even more importantly, we are able to personalize our messages to customers and specifically focus on their wants and needs instead of sending broad emails that they may consider spam. We want our customers to have fun when shopping with us, not a hassle.

CS: Does Rakuten make use of Big Data to generate dynamic pricing for its customers?

BL: Big Data is a global project and this is no small task when you look at Rakuten’s acquisition trail [the firm operates unique sites in 13 countries]. Specifically, we use Big Data to make sure our pricing is as competitive as possible. Rakuten companies are working together to share and consolidate data so that our corporate stakeholders have the business analytics required to effectively run our ecosystem from a central headquarters. Of course, rolling in external data sources adds to the size of our datasets and provides valuable intelligence for us to operate competitively.

CS: Can you point to some examples of how Rakuten makes use of technology to better understand the needs and preferences of its customers and then act on those insights?

BL: We have an open rapport with our customers and encourage them to share their feedback, whether good or bad. Through our online analytics, we look to gain insight by comparing product trends against historical data. Through this information, we can offer discounts on relevant items, insights into future sales and reward a customer’s loyalty for purchases made through the Rakuten Super Points™ loyalty program.

CS: What are some emerging technologies that could change the way that people utilize e-commerce in the future?

BL: Body-adapted wearable electronics, nanowire lithium-ion batteries, and screenless displays are just a few examples that could definitively change the trajectory of e-commerce. Not long from now, the e-commerce of today will look like an 8-track tape player. Location-based mobile alerts and coupons based on proximity have the potential to change the way people shop in the future. Major retailers such as Target and McDonald’s have already started mobile coupon pilot programs and device manufacturers are adding more mobile commerce enabling features such as near field communication (NFC).

CS: What are some ways in which mobile e-commerce is evolving?

BL: Mobile commerce is exploding. According to our research, by the end of the third quarter of 2013, 63 percent of U.S. consumers owned a smartphone and 35 percent owned a tablet. NFC and geo-fencing-related apps are emerging. Customers want their devices to do more, know what their needs are, and take full advantage of mobile push technology.

CS: Some of these technologies such as wearable technologies are still emerging and maturing. How do you determine the organization’s priorities?

BL: Technology will never stop developing and the next big thing will always be out there. However, it is important that companies do not jump on the next thing right away just because people are talking about it. Instead, companies need to explore technologies in detail and create a strategic approach to rolling out. Companies cannot chance adapting to new technology right away without properly testing and rolling out, or they risk having angry customers, a poor user experience, and diminished brand loyalty.

BL: The digital consumer experience is ever-changing and we have seen significant changes among regions. On average, we have found that consumers in Asia Pacific and Europe prefer shopping online versus in-stores, while consumers in North and South America still prefer to shop in-stores. Unsurprisingly, of the consumers who do shop online, more than 75 percent of those users in each market respectively are using desktops, laptops, and notebook computers, not mobile devices. Of those using smart devices— mobile phones, smartphones, tablets or other mobile device— in Europe and North America we have seen more users shopping online via tablets, while in South America and in the Asia Pacific users shop via smartphones.

CS: Are we at a point yet (or getting closer) to where Rakuten can anticipate the types of products that consumers may want based on transactional information, life cycle status, social sentiment, and other types of feedback that’s shared?

BL: Closer, yes. However, recommendation engines must mature well beyond where they are currently. We must progress to the point of differentiating between what a customer personally wants and products they may be viewing due to a friend’s recommendation or purchasing for a family member, etc. As soon as a shopper clicks on a product, it can become a candidate for similar product recommendations and this is a common complaint from shoppers: “You really don’t know what I want.” In a world of developing neural technologies, this is not acceptable.

CS: Given the disruption being caused by digital technologies, how might e-commerce companies need to adapt their business models going forward?

BL: E-commerce companies must progress beyond providing a digital version of a brick-and-mortar shopping experience. Naturally, physical shops conform well to the cultures of the individual countries in which they are situated. Products are tailored to local tastes and staff understand local variances in customer behavior. It is vital that this is replicated online if e-commerce is to provide an exceptional experience. Shoppers are researchers who must be given the tools and shopping experiences they demand. 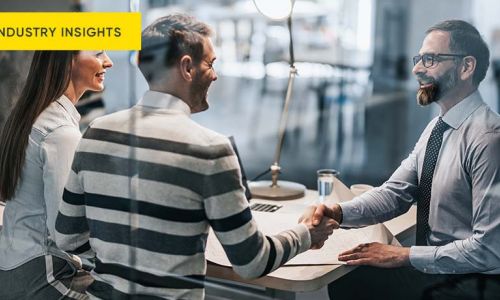