The Best Customer “Data” Is Feedback

By listening to customers, American General Life Companies has increased sales and improved the customer experience in ways that matter most to customers. 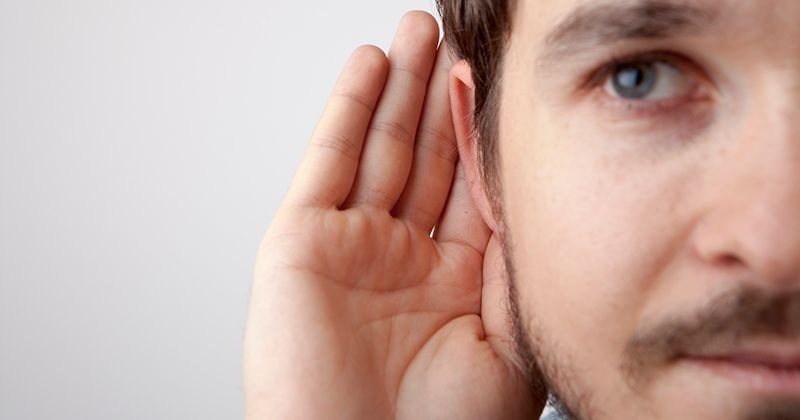 For years American General Life Companies primarily relied on its insurance associates to relay what customers were saying about the life insurance company's products and services. That was a problem for Simon Leech, AGLC's senior vice president of insurance services. "Customer feedback was filtered," he recalls. "If an associate was sensitive to a particular issue, it would [affect] the conversation. As a result, feedback wasn't direct, it wasn't real-time, and it was mostly anecdotal."

Worse, AGLC's "heard it through the grapevine" approach to customer insight was preventing the company from truly understanding consumers' buying habits and preferences. "In the areas of [product and service] enhancement and improvement, customer intelligence is critical," Leech says. "Without that information, you're flying blind."

Eager to establish a reliable source of customer feedback, the company implemented an enterprise feedback management (EFM) solution with analytics capabilities that reveals customer motivations, satisfaction levels, and behavior patterns—information AGLC could use to help drive sales and boost market share. But while the company knew it was time to up the ante on its customer feedback collection, it didn't want to fall into a common trap: to aggressively collect customer data only to watch it waste away, untouched, in a remote repository.

It's a predicament that far too many companies encounter when they invest a great deal of time and money in deploying a feedback mechanism and don't put enough forethought into how to leverage the data it gathers.

So AGLC devised a unique set of strategies and processes to ensure that the data it collects via its EFM solution is actionable and delivers the best business value possible. For example, to make the most of customer feedback, managers agreed to make changes based on revelations about its customers' preferences, which ultimately helped AGLC increase customer satisfaction. Additionally, the company took a more decentralized approach to overseeing voice of the customer initiatives across the company. The company also devised a system to make certain that surveys ask only relevant, actionable questions.

Leech worked hard to ensure that business line managers across the organization understood the significance of leveraging customer feedback and that they supported the initiative, primarily so they would agree to make changes based on what they learned from customer feedback. One way he did this was to gather input from those leaders on factors such as the target audience they would want to reach, survey questions that would help inform decisions in their specific areas of concern or opportunity, and the touchpoints their target customers use most to interact with the company. "You have to have the operations side of the organization buy in," says Leech. "You need to eliminate any resistance."

Leech also knew the importance of making that type of input ongoing. So he was careful to avoid creating a centralized group to oversee AGLC's EFM efforts. Instead, a single AGLC point person communicates with advocates within each business unit so that disparate departments take greater ownership of customer feedback activities. "Engaging business leaders from the beginning, and not creating a separate, centralized group to the extent that EFM becomes something outside the norm, was critical for us to get buy-in and get people engaged in the project," Leech says.

Maintaining that engagement included asking customers for feedback on areas the company could take action on. So AGLC identified a number of key touchpoints throughout the lifecycle of an insurance policy. These touchpoints include the moment a customer purchases a policy, a service transaction with a contact center representative, Web-based self-service activity, claims processing, and a customer service transaction performed by fax or mail. "We have a key guiding principle as we develop our question sets," says Leech. "If we don't believe that a question is actionable, then we don't ask it."

Using these predetermined touchpoints, and the transactions that take place at different stages, AGLC's EFM solution generates surveys that help to uncover customers' preferences and experiences through their lifecycle. What's more, these surveys feature carefully crafted questions that are tailored to elicit value-add insights. Delivered via email, survey responses are then collected, aggregated, and analyzed to reveal everything from early warning signals of a customer's dissatisfaction to real-time opportunities to upsell a product or service.

Taking action, in the moment

AGLC also uses its EFM application to take immediate action, whether it's to resolve an issue, or to recognize outstanding assicuate performance, or pursue a sales opportunity. In the case of responding to a customer complaint or problem, action alerts are routed to specific team members in real time based on set business rules. "Should a customer have a concern or give us a low score on a particular survey question that we've flagged, these automatic email alerts go to designated people in our organization to conduct proactive outreach to our customers and resolve their issues within a reasonable timeframe," Leech says.

In addition to drilling down into specific transactions, the alert management system also identifies problem areas that might otherwise have gone unreported by disgruntled customers—for instance, if a customer is dissatisfied with a recent rate change and, despite repeated requests, has yet to hear back from an associate.

"Alert management is very helpful in turning customers from detractors into promoters of our company," says Leech. "And we provide much better customer service as a result."

Another way AGLC takes quick action on what it learns via customer feedback is through "kudo" alerts. For example, if a customer gives high marks to a customer service representative for her support, not only is that customer sent a thank-you note via email, but the rep is recognized for her performance via a kudo alert. "Kudo alerts are an opportunity for us to proactively reach out [to customers], but also to recognize that someone has delivered an exceptional service experience in our contact center," Leech says. And by rewarding associates for a job well done, AGLC can boost associate satisfaction levels, as well as reduce attrition rates.

Taking immediate action delivers immediate customer (and employee) satisfaction increases. Taking action on bigger issues delivers not only that immediate reward, but also long-term benefits—sometimes on issues the company didn't realize mattered to customers until analyzing customer feedback brought it to the fore.

For instance, AGLC planned to expedite its claims processing on the assumption that customers were becoming frustrated with the time it took to receive payment. However, upon delving deeper using its MarketTools CustomerSat EFM solution, AGLC discovered that speeding up the payment of claims "wasn't important to customers. They expected the process to be a little difficult," says Leech. "What they did say, though, is that they wanted us to enhance our first notice of death process in our contact center. So we shifted our resources from speeding up claims to enhancing our first-notice process. This redirection of resources was a direct result of customer feedback."

AGLC also overhauled the changes it had planned for its Web-based self-service capabilities. "We had a number of priorities lined up for new enhancements to our self-service website," Leech says. "But those priorities changed as a result of customer feedback."

Complaints regarding access to online services, for example, prompted AGLC to improve password requirements, electronic delivery of disbursement forms, and beneficiary options, as well as simplify the site's log-in and navigation processes. The company also resolved a key source of customer frustration online: AGLC's system was set up so that some policyholders could pay their premiums online while others could not, depending on whether the policy was tied to a legacy system or a more modern application. So customers who are multiple policyholders quickly became frustrated that one system received priority over another. As a result, AGLC adjusted both systems so that all policies can now be accessed and paid via AGLC's self-service website.

Using customer feedback to enhance the customer experience can sometimes have a greater—and more direct—impact on a company's bottom line than simply increasing a customer's satisfaction level. For example, when AGLC learned that customers were dissatisfied with its automated voice response system, the company quickly disconnected the service from its call center and enhanced training by focusing on first-call resolution.

"When we analyzed customer feedback on our voice response service, we discovered that the number of people who entered the system and finished their transaction without talking to a live human was very small and not worth the investment," says Leech, noting that eliminating the system saves AGLC $70,000 per year.

Customer feedback can produce direct revenue-growth benefits, as well. Last month AGLC launched a pilot survey that asks customers if they're interested in new products and services. These questions have resulted in a string of highly qualified leads that are then serviced by the company's sales force. So far, AGLC has generated nearly 700 leads per month via the survey. "This is an opportunity to identify potential customers who are interested in some other products and services that may not have been identified any other way," Leech says.

In the end, though, Leech says digging deep to reveal customer preferences and satisfaction levels is about more than simply driving sales and boosting market share. While those perks help to support ongoing EFM efforts by delivering ROI, today's consumers expect a certain caliber of customer experience, whether they're purchasing an insurance policy or shopping for an Apple iPad—and learning what's important to them via customer feedback is how organizations ensure they're delivering on customers' expectations.

"Customers are becoming more and more…savvy and some of the products we sell in the life insurance space are becoming more of a commodity," says Leech. "As a result, your company's [customer] experience has to be just as good as any other company's regardless of whatever industry you're competing against."