Rivalries don’t just happen between opposing teams; sometimes, they can emerge within a single team. When they happen, these rivalries can cause tension, distractions, and disruptions - and impact a brand’s bottom line - so it’s important to ensure everyone plays well together out in the field.

Too often, marketing and sales teams view themselves as rivals. Both have the same goals, but approach those goals from such different perspectives that it can seem hard to find common ground.

Nobody wins when marketing and sales aren’t following the same playbook. But what’s the best way to get them on the same page? Barbara Wingle, executive director of analytics at TTEC Engage, recently spoke with Customer Strategist Journal Editor-in-Chief Elizabeth Glagowski about how to align sales and marketing. Here are some highlights from their conversation.

Sales and marketing: one common goal with two very different ways of getting there. The marketing team’s job is to drive leads to the sales team - so, marketing team members often feel their role is the most important, since they are initiating business. But the sales team’s job is to clinch the win and close the sale, which they view as the most vital role. And even the best salespeople can’t bring a team across the finish line without strong leads from marketing.

“The tension exists because they are coming at the same problem, but from two different perspectives,” Wingle says of the sales-marketing dynamic.

That tension is exacerbated when a sales team is striking out. When they’re having a hard time closing sales, they tend to blame the marketing team, which only creates more tension and disconnect.

It’s important to unify marketing and sales teams around a common goal, usually one that’s revenue-based.

“Make sure that that goal is the same goal, and that they both have some skin in the game,” said Wingle. “For sales to be successful, marketing leads need to perform at a certain rate.”

Once both teams know the goal, hold both of them accountable to it. In many ways, it makes sense to work backwards: look at where the sales team needs to be to hit the goal, then determine what the marketing team needs to do - during each stage of the sales process - to get them there. Marketing team members need to clearly know what is expected of them, every step of the way.

“Instead of having a common goal that’s just a goal, they have a common goal with goals and steps along the way that must be achieved together,” Wingle said.

When teams feel aligned, they perform better and are more likely to bring home the win.

“One way to get them [sales and marketing teams] to play together is to have the same owner,” said Wingle.

This “owner” likely is the chief revenue officer, or other high-level official who will set a revenue - and oversee teams’ pursuit of it.

“The offense and the defense have to play well together, but the owner is ultimately responsible to make sure that they do,” Wingle said.

Leadership also should pay another key role by building alignment and camaraderie between sales and marketing teams. This will improve communication and results alike, particularly by giving a stronger voice to the sales team. A good leader will talk to salespeople, find out where they’re struggling and what they need to succeed, and relay that information back to the marketing team.

This will make the marketing team feel more invested in the process and show sales team members they are being listened to - a win-win. 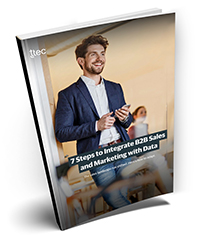 7 Steps to Integrate B2B Sales and Marketing With Data 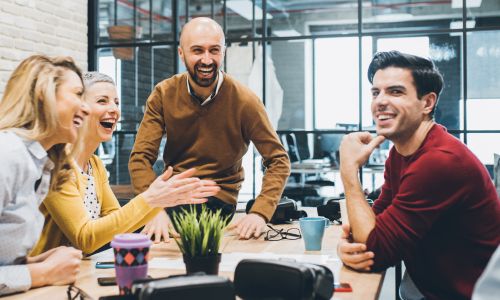 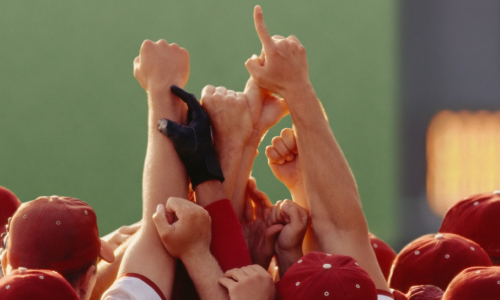 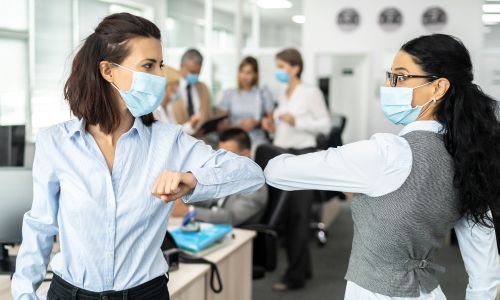