The telecommunications company saved $1 billion in costs while increasing customer satisfaction 47 percent—by improving the customer experience one customer at a time. 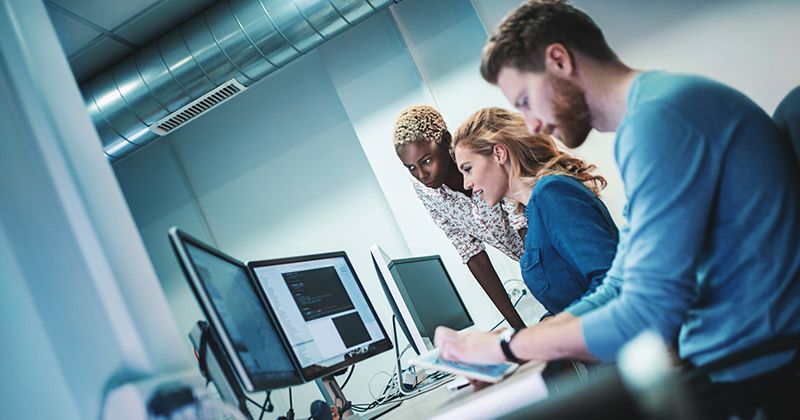 When telecommunications giants Sprint and Nextel merged in 2005, the $70 billion deal was intended to create a wireless behemoth that then CEO Gary Forsee thought would push the boundaries in the industry. Instead it alienated customers.

By the end of 2008 Sprint Nextel was hemorrhaging customers and piling on financial losses. The telecommunications provider was churning 2.5 percent of its customers per quarter, reported a decline of 1.3 million subscribers in the fourth quarter of 2008 alone—equivalent to a loss of $1.6 billion—and had to lay off thousands of employees.

Sprint Nextel's devastating losses forced the company to make bigger moves to stay afloat. Its board replaced Forsee with CEO Dan Hesse in December 2008 to turn around the company's dismal performance.

This progress didn't happen by chance. From the start, Hesse mandated that service strategies and progress be discussed in weekly executive meetings, and he outlined a number of customer service goals to increase satisfaction: listen to customers and take their recommendations into account, improve first-call resolution, develop consistent quality from the associates, increase efficiency in every interaction, provide reward programs for loyal customers, and reduce the reasons customers have to call customer service.

The last item was critical to reducing costs. The number of calls to Sprint Nextel's customer care department was two times the industry average before Hesse took the reins, he noted during his keynote address at Forrester's Customer Experience Forum 2010, held in New York City in June. "The biggest priority was to reduce calls to live associates by addressing the top issues driving customers to call," says Lance Williams, director of Sprint's call center infrastructure. Investing in product lines, improving customer satisfaction, and increasing self-service options were other orders of business.

Additionally, the company wanted to seem receptive to customer feedback, so national advertising campaigns emphasized a streamlined approach to service, and invited customers to share their ideas. Sprint Nextel launched a new advertising campaign featuring Hesse just three months after he arrived at the company. The campaign emphasized a more "immediate approach" to customer service. The commercials even featured Hesse's email address, inviting customers to provide feedback and positioning the company as highly approachable. To help decipher the feedback, Sprint administers surveys within three days of a customer interacting with an associate or with the IVR. The data is shared with marketing, sales, and customer care to better optimize campaigns and to help improve service delivery.

Two key components of achieving Hesse's service goals are customer segmentation and analysis of the customer experience, which both help the company to understand the direct impact each one has on critical metrics like customer satisfaction and churn.

Sprint segments customers into two groups based on their payment history and account spending limit (ASL). The company then analyzes cross-channel behavior trends and issues within each segment to see customers' complete paths across all service touchpoints. Sprint's customer satisfaction data is being fed into a cross-channel customer experience analytics application that ties the results of the satisfaction survey with actual customer behavior. The result is deeper insight into what issues led to a negative or positive customer experience indicated on the survey, and a view into the hidden connections between interactions and customer loyalty to flag customers who require targeted support, whose contracts are about to expire, and the like. For example, both segments have different needs. ASL customers tend to check their balances more often, so Sprint offers those options first in the IVR and on the website for those customers.

The company integrates many of its supporting customer service solutions through its cross-channel analytics platform, Sprint's internal CRM system, and a first-contact resolution tool. Doing so provides Sprint with a centralized view of its customers, which is fed with customer satisfaction, CRM, and churn data to identify hidden connections between interactions and customer loyalty, and to help plan marketing campaigns and determine website content. "The knowledge sharing keeps Sprint's goals front-of-mind across multiple stakeholders," Williams says.

Members of the customer care team leverage the cross-channel customer experience analytics daily to highlight problem areas and to drive process and service improvements. Additionally, Sprint can correlate customer satisfaction results with churn data to understand the direct impact of poor scores on a customer's likelihood to leave, as well as on future buying patterns.

"Sprint's cross-channel approach has led to never-before-seen insights into customer pain points that drive dissatisfaction and churn," Williams adds. "Sprint has been able to implement true customer-centric improvements and efficiencies across channels for dramatic, measurable gains." For example, Sprint uncovered an issue preventing many customers from activating new phones via self-service. Customers who were unable to successfully activate their phones transferred to live associates who weren't empowered to handle the issue, so customers were referred to their local retail store. This resulted in customers returning phones and canceling service plans.

The realization that non-empowered associates led to churn eventually caused Sprint to overhaul its associate training program. Previously, associate training included six weeks of classroom instruction; training now takes an interactive approach that alternates one week of classroom training with one week of on-call practice in a controlled environment. Sprint also leverages automated training and talent management solutions to deliver targeted instruction to associates' desktops during down time. These sessions ensure that associates are up-to-date about the company's policies, programs, and procedures. "What we've learned is that to improve the customer experience there needs to be a team effort that includes the commitment of every single employee, as well as all of our business partners," Williams says. "The entire enterprise is focused on listening to our customers, reacting to their needs, and building those relationships."

Now, within one week on the job, newly trained associates achieve the same proficiency level and performance metrics of a nine-month-level associate. This has contributed to a 50 percent reduction in associate headcount, resulting in more than $1 billion in savings. "Sprint's care organization is now consistent in our representation, information is shared more efficiently, and the overhead to support business-critical data has substantially decreased," Williams says.

Sprint launched a Twitter channel—@sprintcares—to increase customers' service options, and so the customer care team can join in transparent conversations with customers where they already are happening. Additionally, Sprint launched a social networking community of more than 50,000 registered contributors on its corporate website. Users interact with each other and with Sprint employees in open forum discussions about the company's products and services. "When it comes to social media, it didn't take us long to realize that our customers are having conversations about our brand online whether we choose to participate or not," Williams says.

Getting high rankings in service

Sprint's goal from the outset was to better serve customers consistently and effectively, and metrics indicate that the goals have been met. In addition to the improvements in customer satisfaction and a drop in churn, first-call resolution has increased from 61.5 percent to 71 percent. By using analytics to build intuitive self-service within the IVR, Sprint has contained 10 million more calls, which translates to $45 million in savings; the company also decreased its calls per subscriber from 4.7 to 4.2. Overall, Sprint estimates that it has realized more than $200 million in cost savings and retained customers over the past two years.

Williams says Sprint's improvements to the customer experience could not have been possible without a team effort and the commitment of every employee. "The entire enterprise is focused on listening to our customers, reacting to their needs, and building those relationships," he says. "We will continue to improve the customer experience as it remains one of our top priorities."

While the soaring savings represent victories for Sprint, some of the greatest achievements are the company's customer satisfaction improvements, as cited in a number of industry rankings. Recent achievements as a result of the improvements include a first-place ranking in Laptop Magazine for in-store customer service; a 2009 Business Connectivity Carrier Excellence Award for Customer Service from Atlantic-ACM, a consulting company serving the telecommunications industry; and the top ranking among enterprise business customers for voice and data services in a 2010 Yankee Group and Mobile Enterprise magazine study.

The gains were so apparent that J.D. Power invited Hesse to deliver its keynote address at its annual Customer Service Roundtable in January. In March, the company finally reached a point where Hesse could confidently say its service is top notch. At that time, Sprint announced that it had reduced its annual care costs by more than

$1 billion per year, cut calls to customer care by 30 percent, and saw a 47 percent increase in top-box customer satisfaction scores.

Despite these widespread improvements and increased standings in several customer experience surveys, including Forrester's Customer Experience Index, Sprint will retain its focus on service. During his Forrester keynote Hesse clearly stated the company's intended future goal when he told the audience: "Most improved doesn't cut it. We want to be the clear leader."

Sprint has adopted a proactive service approach via its mobile channel—a move that has prompted a lift to both customer satisfaction and revenue.

The company wanted to increase the purchase of prepaid minutes to plans in its Virgin Mobile and Boost Mobile brands, which together have about 10 million customers. Sprint sends weekly service reminders to 300,000 of its customers' mobile numbers to prompt them to add money to their phones, notify them about promotions, or alert them if their phone gets lost or stolen. The goal is to reach out to customers in real time, before they call or email the company. This will help to improve retention and engage as many customers as possible, according to Brian Oakes, director of base communications and program implementation for Sprint's prepaid use.

Oakes can correlate the proactive messaging to an increase in usage of minutes. "It is a direct-connect back to our care group," Oakes says. "The customer gets their problem resolved or adds money to their phone."—Kaitlin O'Brien