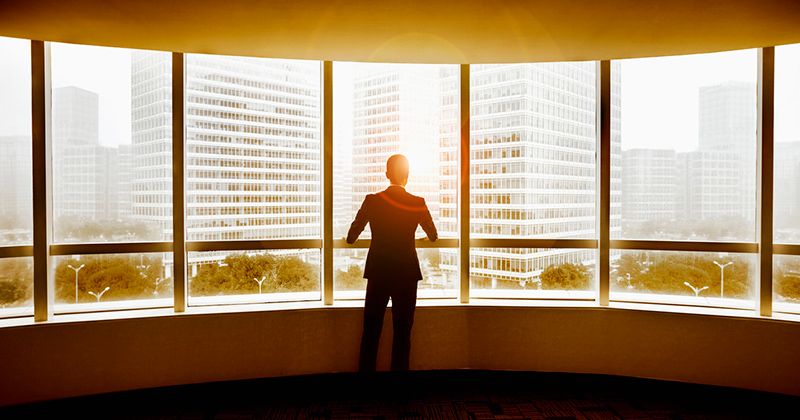 The European Union affirmed a new era in communications when it published "The Green Paper on Telecommunications" in 1987. The document, which analyzed telecommunications convergence, encouraged European countries to create an environment that supports change to avoid being left behind in the information revolution.

Belgium was so committed to keeping up with the changing telecom environment that it incorporated the document into law in 1991. The Belgian government reorganized its national telegraph and telephone company, RTT, to create Belgacom, a unionized, public-sector organization with even greater autonomy.

In 1994 the European Commission released a new Green Paper, which stated that telecoms must open themselves to competition. The transformation of Belgacom has since been dramatic, with the debut of its mobile network Proximus in 1994 and the launch of Belgacom TV in 2005. "We're financially solvent, have the lowest debt in the industry, and we're considered to be an innovator," says Scott Alcott, chief operating officer at Belgacom.

Although the company has been motivated to continuously evolve its products and services, its customer service model has remained unchanged. "We have to admit that the company has not been excellent at transforming to keep its service level up to par," Alcott says.

The stagnant service racked Belgacom with issues that negatively affected its customer experience. Data and departmental silos plagued the company, in part because Belgacom measured operational completion and satisfaction (via survey) per transaction, but didn't gauge the overall customer experience. As a result, marketing and service had only fragmented snapshots of its customers. Additionally, there was no visibility into how customers interacted across the Web, retail stores, and the contact centers, and there was no cross-channel view of how customers actually experienced the company as a whole. "We would score you 'satisfied' due to a survey about your Web experience, but not notice that you also reported (one month later) bill shock and churned out of the service you bought," Alcott says.

In some cases the company would measure customers' Net Promoter Score (NPS) in terms of promoters and detractors, but failed to track the drivers of those results. "I talked to the CEO and realized that we're not doing some basic things to operationalize good customer satisfaction," he says.

In January Alcott and the executive team decided that the time had come to start making changes. Market analysis showed that Belgacom's global customer satisfaction was stagnating while the competition was improving its scores. "In a mature market, where acquisition costs are so high, servicing can be a key differentiator to retain customers. We said, 'We are making it hard on the customers,'" Alcott says. "We had to hit the reset button and clean out the closet."

Eager to implement changes that would positively impact the customer experience, Alcott assembled a "customer satisfaction control board" to help with the transformation, including aligning employees around the new, customer-centric approach. Knowing that a lengthy project could take months to show results, Alcott aimed to achieve some quick wins. "We decided in January not to do long studies and take things slowly. We decided to kill the things that are broken and do things dramatically," he explains.

Alcott and his team first set out to identify the drivers that cause customer satisfaction and dissatisfaction. They examined contact center "reason for call" codes, NPS results, complaints, and customer surveys (Belgacom surveys customers after every contact, as well as regularly surveys its overall customer base). They found that "a lot of policies were upsetting customers." Also, multi-play offers had made orders and transactions increasingly complex, impacting the customer experience as a result, Alcott says, citing its policy to disconnect service too early after non-payment as an example. "We got good measurements about the current state of the union," he says.

As a result, he and his team studied the nine customer touchpoints that they believe most impact the customer experience based on the drivers they uncovered and developed 45 key performance indicators (KPIs) to use as measurements for improvement within those areas (see sidebar, page 21). For example, within field operations the company measures first-visit resolution, i.e., service installations completed on the first visit.

Creating cultural change
With the KPIs in place, Alcott made an ambitious decision to improve the 45 performance drivers overall by 40 to 50 percent by the end of 2010. This required operating in a completely different way.

Aligning the culture to adapt to these new KPIs, however, would prove to be challenging. Belgacom is a unionized, state-owned telecom, so every decision and change needs full approval from the union leaders. Alcott says he and his team prepared presentations showing the rationale behind the proposed changes, including the benefit to workers. "They don't want complaints, angry customers, nor 'stress work' that comes from repeat calls and problems," he says.

Alcott demonstrated to the leaders, through projected metrics around the 45 KPIs, that the company could ultimately lower work volume and improve the work environment. "With their permission we ran regional trials and proved the benefits would come before asking them to agree to a national rollout. That inspired trust and brought facts to the table," he says. "I'm proud of these unions."

The unions eventually approved the plans, and by March Belgacom's CEO Didier Bellens made what he dubbed the "Customer is King" project the company's number one priority.

Alcott's customer experience control board began building awareness internally about the customer-focused changes. Additionally, he conducted a road show throughout the country where he explained the customer-focused objectives to all 16,800 employees. The company even placed "Customer is King" screensavers on every desktop.

Concurrently, Alcott started reorganizing employees with siloed responsibilities to close the gaps between processes and departments, as well as to better manage the customer experience. He created two centers of excellence (COEs), with cross-departmental responsibility to improve the treatment of complex cases and prevent operational failures. The goal was to shorten lead time, create a view across channels, and build a safety net to catch customers who may be defecting. "We took employees with fragmented roles and centralized them," he says.

The first COE is the Provisioning Coordination Desk. These employees sit together in one room and respond to technical assignments, dispatch calls, and manage the lifecycle of a purchase, from the point of sale via the Web, phone, or store to service connectivity. For example, a customer may purchase digital TV service from the website, but the cable in the ground may be faulty, so he then may call customer service to report the problem. This team gets pushed these calls and orders from customer service and works across the silos with a team manager and productivity targets to see the order through to completion.

In the past, emails and voicemails would ping pong across the various contact center locations; managers would deal with customers' issues that pertained to their particular area with no leader handling the end-to-end customer experience. "We never actually measured daily closings to see how many missed or late orders there were," Alcott says. "This new process brought another level of attention and focus. People were shocked when they saw how many appointments we were missing."

The High-Risk Team is the second COE. This group of employees relies on predictive models and triggers (a customer calling multiple times in a specific time period, for example) to manage at-risk customers and prevent them from defecting. If a customer is red-flagged, a team member contacts the customer proactively and lets the customer know that Belgacom is aware of his issue and is working to remedy it. The team member works with the customer until they reach a satisfactory solution. Alcott says the team contacts about 2,000 at-risk customers per week; year to date detractors have decreased by 40 percent as a result of early intervention. "We're doing a lot to…make sure we're not missing things," Alcott says. "All of this is about raising expectations and stripping off things that are problematic."

Along with managing customer interactions, it's equally critical to examine the company policies that negatively impact the customer experience, Alcott says. One recent change affected the company's installation charges. Belgacom used to charge variable rates according to the complexity of the installation, and the number of televisions per household to install or computers to configure. Customers indicated that the charges were not revealed at the time of purchase and felt duped when they saw their bill. Belgacom standardized the installation fee and now clearly states in advertisements that service includes a fee. Additionally, Belgacom would disconnect a customer's service in the event of a late payment. This resulted in an enormous amount of inbound phone calls about reactivation. Alcott says the company instead introduced a "softer process" that is financially more solvent.

Customer surveys also revealed that the set-top boxes took 15 minutes to reboot, so Belgacom swapped those boxes with ones that start up more quickly. "For years we've been surveying customers. We are now actually turning that into a change management program," he says. "We're trying to do whatever it takes to make customers happy."

Increasing service goals
Each year independent agency Synovate surveys 1,250 random consumers about their perception of Belgium's telecom companies as customer-focused organizations. The best score in the industry in the most recent survey was 60 percent. "Our first objective is to be number one in that survey," Alcott says.

With the objectives and monthly targets surrounding the 45 KPIs, Belgacom is on pace to reach that goal. Alcott initially set a 40 percent year-to-year improvement goal across all

45 targets, and by July Belgacom scored a 30 percent improvement rate. "That's a big deal because we began in January," Alcott says. "We're already past our target improvement level. We're changing the score month by month."

Next year Alcott wants to be more aggressive, hoping to increase the KPI targets to 50 percent improvement rates in categories where significant upside still remains. Additionally, he would like to introduce performance management appraisals and incentives around improving the customer experience to rid the company of its long-term "factory" mentality. "We need to think about training and incentives around the KPIs in ways that get employees to a new level," he says. "We're hoping to start to get mature enough to think about next-level questions. That's what next year will be about."

Belgacom Tones Nine Customer Touchpoints Scott Alcott, chief operating officer at Belgacom, and his team analyzed the nine customer touchpoints that most impact the customer experience and then developed 45 key performance indicators (KPIs) to use to measure improvement in each area. (Alcott declined to list all 45 drivers for competitive reasons.) The nine touchpoints, with KPI examples, are: 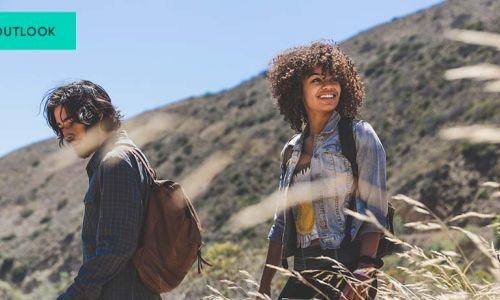 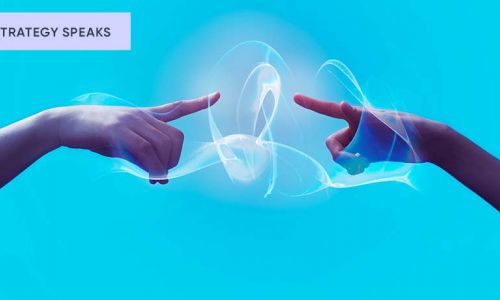