Blog updates via Email
Friday started with a call from my daughter at 5 a.m. BST. Currently enjoying a well-earned holiday in New Zealand, she had heard the results first and was calling to ask, “Are you OK?”. In the blink of an eye Google lookups changed from team results in UEFA Euro 2016 to Article 50 of the Lisbon Treaty. In fact, one of the highest search results cited last Friday was, “How to emigrate to Australia.” The world is looking at the United Kingdom and asking: What on earth just happened? And those who lead the country are asking the same question.

Never has there been a greater coalition of the establishment than that assembled by Prime Minister David Cameron for his referendum campaign to keep the UK in the European Union (EU). There was almost every Westminster party leader, most of their troops and almost every trade union and employers’ federation. There were retired spy chiefs, historians, football clubs, national treasures like Stephen Hawking and divinities like Keira Knightley. And some global glamour too: President Barack Obama flew to London to do his bit, and Goldman Sachs opened its checkbook. And none of it worked. The opinion polls barely moved over the course of the campaign, and 52% of Britons voted to leave the EU.

I for one had underestimated the degree of demarcation between the two camps. I thought I had taken a poll of the London and European-based offices I have the honor to lead on Thursday. The majority of people were for remaining, with two or three declining to respond. But then again, until Friday were we all in weren’t we?

By sunset on Friday the facts were becoming clearer. We were anything but united. London and Scotland voted to stay in the EU, Wales and the English shires voted to get out. (Scottish First Minister Nicola Sturgeon has already called a fresh vote on secession “highly likely.”) Some 70% of university graduates were in favor of remaining in the EU; an equally disproportionate 68% of those who hadn’t finished high school were against it. Londoners and those under age 30 were strongly for Remain; the northern English and those over 60 were strongly for Leave. An astonishing 70% of the skilled working class supported Brexit.

The rest of Friday, after my 5 a.m. call, consisted of talking with clients, internal team members, our US Parent Company, friends, and colleagues. What is abundantly clear is that those in positions of responsibility in both the private and public sectors have an obligation to keep their heads, deploy their common sense, and retain their decency as they navigate choppy waters.

Tips to Help Leaders Communicate with Clarity and Confidence

On Thursday the online betting site BetFair (amongst others) clearly signaled that Britain would vote to remain in the EU, but polls suggested that the outcome was too close to call. Mr. Cameron constantly tried to appeal to the over 60’s, most of whom were known to have a bias towards exiting the EU, but instead of listening he simply made an appeal based on economists and financial experts from the city. Clearly he got it wrong, he needed to listen to everyone. Challenging I know, but in today’s digital age, he could have tapped into social chatter online to take a more measured view – and then respond.

Your managers and teams are in a similar position. They will all have a view along with a plethora of questions. Setting up both face-to-face and digital communication methods where you can listen, rather than have your legal department quote compliance, will make a difference. And that’s just internally. Right now listening to your clients’ concerns and questions will be paramount. Responding to these concerns with a simple link to a newly created page on your website could be helpful. Sometimes social listening tools can assist by picking up the chatter about a topic that relates to you and your services and how they relate to the Brexit decision.

One of the calls I received on Friday was from a young consultant on my team. “Will we keep the Brussels office open now?” he asked hesitantly. Over the next few weeks and months the true impact of the decision to leave will become clearer. Right now we have political instability in the UK, concerned European leaders, markets going through a dead cat bounce and apparently over 50,000 UK jobs heading straight for Europe (mainly in the Finance and Banking sector). No one is truly responding to these concerns.

If you are a small business or have limited bandwidth to respond to internal and external concerns in real time, then set clear expectations as soon as you can on when people can expect a response from the business. Be specific and make that expectation visible to ensure it is seen.

The backpedaling has already started and the dust hasn’t even begun to settle. Nigel Farage, within an hour of the result, admitted it was a ‘mistake’ to claim that £350 million a week would be spent on the National Health Service (NHS) if the UK backed a Brexit vote. Daniel Hannan, a leading Brexit commentator, said on Friday night on Newsnight that there was ‘little prospect’ of really reducing net immigration. I personally voted to remain, but I was always clear that the arguments and campaign of fear from both sides was quite finely balanced – much more so than simplistic, misleading and inflammatory rhetoric from both sides had us believe. What we needed was authenticity. What we got was anything but.

Warren Buffet once said: “It takes 20 years to build a reputation (of a leader) and five minutes to ruin it. If you think about that, you may respond differently.” Check posts from your customers and respond openly rather than simply removing them and pretending you have been hacked. It is critical to be honest and upfront about any concerns, both internally or externally, about the road ahead and any challenges you see your organization potentially facing. If you make a statement at an internal all-hands meeting that turns out to be incorrect, admit it as soon as possible, apologize, and then do everything in your power to correct. Don’t dump it on your communications team, own it. Your team doesn’t expect you and your leadership team to be perfect, just transparent and honest. They expect you to treat them like family, a part of your tribe, and that means not betraying their trust with backpedaling and cover ups.

In May 2016 we began to hear more and more about live referendum events. ITV was going to invite, similar to an American presidential debate, David Cameron and Boris Johnson to discuss the pros and cons from both sides. Even the most apathetic of us knew that this was never going to get off the ground. What was more interesting was when ITV announced that Cameron was going to go head to head with Nigel Farage. The Vote Leave camp exploded. The campaign group first accused the broadcaster of a “stitch-up,” furious that it had capitulated to Number 10’s demands that there be no blue on blue fighting during the campaign. Then things got a little bit more heated with a senior source accusing the broadcaster of lying and its political editor of having his own political agenda. Quotes were not being sourced, frustration was being reported as anger and clearly there was no aligned, thoughtful response. Between you and me the debates just went downhill from there.

Most average leaders simply react. They have no (or limited) media training and certainly no training on how to respond to an exit from the EU. But your managers, teams and clients expect a response. Exceptional leaders know it’s worth putting some effort into preparing key or core responses to each stakeholder group that address provide clarity and project confidence – essentially showing you care. And caring pays off. Internally it can increase employee engagement, and according to the American Express Global Customer Service Barometer, more than two thirds of consumers say they’re willing to spend 14% more on average with a company that they believe delivers excellent service. Caring about your customers right now will not only drive loyalty, but will pay financial dividends in the long term.

Britain, Europe, and the world economy are going to take a hit from Brexit. The United Kingdom's GDP decline due to exit from the EU is estimated to be 1.5% to 4.5%. The exit may be long and messy, with negative economic and political consequences. My father used to say to me that “When in trouble or in doubt, people run in circles, scream and shout.” Forty-eight hours after the creating history this is still the case and I don’t see it changing quickly. Our teams - and our clients - are looking to leaders to provide clarity and confidence.

As we say in Britain, “Keep Calm and Carry On.” 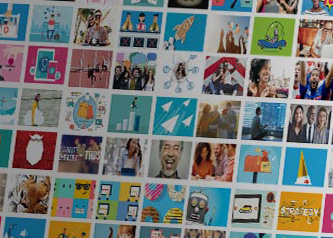 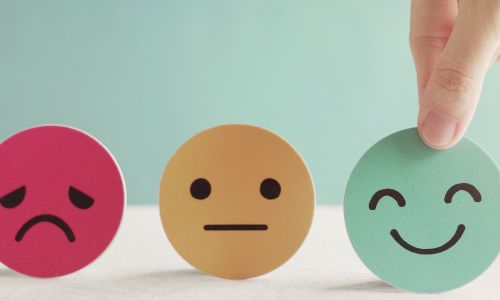 Blog Customer retention vs. customer churn: should I stay or should I go? See More 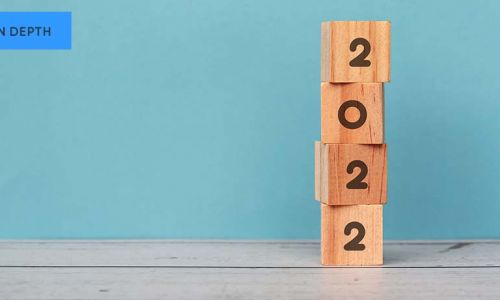