article |
The Economics of Customer Engagement

The Foundation of a Sustainable Competitive Advantage 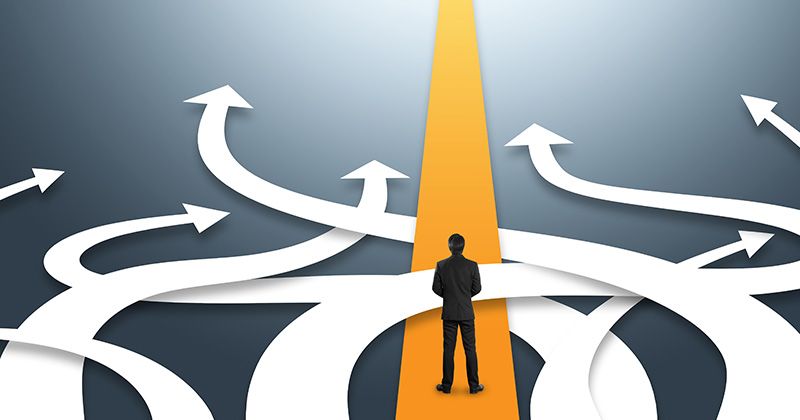 “Everybody’s a mad scientist, and life is their lab. We’re all trying to experiment to find a way to live, to solve problems, to fend off madness and chaos.” —David Cronenberg

Jack Welch, famous or infamous former CEO of GE, once said, “The only sustainable competitive advantage is to learn faster than your competition and to be able to act on what you have learned.” Whatever your feelings for Jack Welch and his management methods, this quote is universally recognized as both true and impossible. What makes the statement seem impossible is the ability to sustain learning faster. There is no doubt that learning something before your competitors provides you with time to act, and the first-mover advantage has been well documented. What is difficult, yet perhaps not so impossible, is the ability to develop processes so that learning occurs more rapidly and competitive advantage is sustained.

Dynamic strategy offers organizations a set of tools and a way of thinking about strategy that enables rapid learning. Some Harvard types will argue whether dynamic strategy is really about strategy or whether it is about tactics, but a top-down view of strategy has paralyzed many businesses into oblivion. Market corrections and directions cannot be followed because the strategy doesn’t allow it, and by the time an organization’s leaders develop a new strategy, the market has moved on. Alternatively, if we view strategy as a sum of tactics and consider the role of the “top” to provide overall direction, then we set the foundation for sustainable rapid learning.

Dick Bartlett, former CEO and chairman of the board for Mary Kay Cosmetics, likened strategic leadership to the migration of the monarch butterflies. To stand in the middle of thousands of monarch butterflies as they migrate is to view no discernible direction. Unlike geese, whose V points southward, monarchs appear to be moving in every direction. Yet, at the end of the migration, they are farther south than those geese.

Dynamic strategy is not about arbitrary direction, however momentary. While to the outsider, the multiple “directions” of an organization engaged in dynamic strategy may appear arbitrary, they are not. They are part of a larger design that starts with a theory of how the market works.

Theory: The Basis for Dynamic Strategy
A theory is a view of how the world works, a model of how things relate and operate. We all have our theories of how we think things work and we base our lives accordingly. Each theory is composed of three elements: concepts, relationships, and premises.

Concepts are those elements in the theory that we’re interested in. Perhaps we want to increase loyalty because we believe loyalty leads to more frequent purchasing and at a higher relative price point. That sentence has several conceptual variables: loyalty, purchasing behavior, and relative price. As marketers attempting to complete our theory, we need to identify what variables we have control of that drive loyalty. Once we do that, we know what we need to do.

Dynamic Strategy and CRM
But what is loyalty? Is loyalty how strongly one has an emotional attachment to our brand, or is it how many times in a row the person has purchased our product? The former is attitudinal loyalty; the latter behavioral loyalty. We need to define what we mean by the concept of loyalty. Suppose we say that the loyalty we’re interested in is behavioral. Further definition is still required. If someone bought our product two times in a row, is that person behaviorally loyal? No, probably not. But if the product is typically bought daily, four times out of seven might also not be considered behaviorally loyal.

We need to define loyalty as precisely as we can so we know what it is we’re trying to influence. If we said, “Loyalty is buying our product,” then we may find an increase in purchasing (say from one unit per week to three) fails to yield the increase in price that we want. We may not see that increase until a certain threshold of purchasing frequency is reached. The result is an operational definition of behavioral loyalty: A buyer is behaviorally loyal when purchasing reaches that threshold.

This type of conundrum frequently occurs in managerial thinking, but is hidden by the lack of proper definitions. Traditional forms of strategic development, including an overreliance on SWOT analysis, Porter’s 5 Forces, and other MBA-learned strategic planning tools, can yield this and other types of circular logic. The first step, then, in developing any strategy is to develop one’s theory of how the world works, and to define it both conceptually and operationally, so that we avoid circular thinking.

Back to our model. Now that we’ve realized that we have duplicate variables at the operational level, we turn back to our conceptual definition of loyalty. Or maybe there is another variable. We think and we think, and we decide that there is a variable we’ll call preference (maybe preference is the same as attitudinal loyalty, but that’s more for an academic discussion). We decide that preference is likely the important determinant variable, so how do we influence preference?

This rather simple model illustrates how to create a theory to guide strategy. “Does anyone really do this?” you may be asking. Microsoft, for one. Leadership of the firm uses conceptual mapping to identify the key factors that influence its business, resulting in maps that then are used to inform strategic decisions. Whether you use the term conceptual mapping, mental mapping, or theorizing, organizations are mapping how the market works so they can use theory to understand their business environment and to shape their strategy.

Learning Faster
The next step is to engage the strategy and learn. That scientific method of hypothesize and test that you learned in grammar school is the same method you use to learn in the marketplace. For many years marketers have talked about A/B testing, a simple form of experimental design, as a way to improve performance. Take one variable and create two different versions; use both and see which pulls the best. JC Penney recently used A/B testing when it sent a postcard asking women to join an online community to provide feedback regarding its Ambrielle brand. One version offered a $10 coupon, the other version had no offer. The no-offer version drove substantially greater response, in hindsight because women who were given the offer perceived the whole thing as a gimmicky sales tactic, whereas no offer indicated a genuine request for input. But what if the best offer would have been $20? Would JC Penney have to wait another two weeks to find that out, or might the retailer never know?

The limitation of A/B testing is simply the amount of time it takes to complete each round of testing. Once you have developed your theory/strategy, you can develop hypotheses at the operational level that drive your experimentation. The challenge is to implement all of the necessary versions to fully test your model.

Overstock.com recently considered the relative importance of so many separate variables in a seemingly simple email campaign that if the company did A/B style testing, it would have needed to develop 720 different versions of the campaign. Using SAS software to design the experiment and Teradata CRM to manage the customer base and the campaign, Overstock.com was able to reduce the campaign from 720 versions to only 26. If only one variable at a time was tested using A/B testing, what the company learned in two weeks’ time would have taken seven years. And by the time Overstock.com reached the end of the seven years, what it learned at the beginning of the process would no longer be relevant.

Competing on Analytics?
Is dynamic strategy simply the same as analytics, just souped up? Again, that’s an argument for academics. What is important, though, is to recognize the discipline brought into the decision process by first specifying one’s theory. Then, that discipline has to be maintained throughout the process of campaign design, execution, and evaluation to benefit from learning.