Blog updates via Email
Recently, Barcelona played host to the annual Mobile World Congress, where telecom carriers, consumer electronics makers, digital players, and others came together to promote new ideas, gadgets, and ways of doing business in the telecommunications industry. The show is becoming increasingly important as mobile communication, commerce, entertainment, and information have become our way of life.  What happens here can impact businesses and consumers around the world.

There was no shortage of news at this year’s conference, which we look at here through a customer strategy lens.  The more interesting pieces of news came from OTT players:

Over-the-top (OTT) players are growing up:

The biggest buzz was around Facebook’s acquisition of mobile messaging app WhatsApp for a whopping $19 billion. The company has only about 55 employees, which averages to roughly $400 million per employee. Indeed, Facebook values WhatsApp slightly less than U.S. operator T-Mobile which has a $24.9 billion market cap and generates $24 billion in revenues with 38,000 employees. To put it into perspective, reporters at Slate.com remarked that WhatsApp is worth more than “the Hubble Space Telescope, Iceland, American Airlines, and Gap.”

An item is only worth as much as someone is willing to pay for it. And, Mark Zuckerberg was willing to pay billions for a small app that today generates relatively little revenue. What WhatsApp has going for it is an engaged, worldwide customer base: “450 million monthly users, 70 percent of whom are active on a given day,” according to Forbes. Customers subscribe to the service for $1 per year, and they provide valuable customer data to the company.  The site averages 1 million new registered users per day, and Zuckerberg predicts it will reach 1 billion users worldwide. Its customers are satisfied, consistently use the service, and are willing to pay for it, a rare feat in the online world. “WhatsApp’s extremely high user engagement and rapid growth are driven by the simple, powerful and instantaneous messaging capabilities we provide,” said cofounder and CEO Jan Koum in a statement.

Our take: WhatsApp’s success comes on the back of telecommunications carriers that – by our estimates – lose already $7 to $8 billion in SMS text revenues just due to WhatsApp.  Facebook will give WhatsApp access to more resources and an even larger user base of 1.11 billion users, allowing it to accelerate its growth. With the addition of voice and video calling, WhatsApp is well positioned to kill billions of dollars of voice revenues very much like it killed SMS text revenues.  Although the rise of OTTs will drive demand of data services that benefit telecommunications carriers, the loss of legacy voice/SMS revenues and cost of providing data connectivity make the economics for carriers challenging.

OTT players, who benefit from the connectivity provided by telecom carriers, have always been considered a threat. Google, Facebook, Netflix, Skype, and WhatsApp are just some examples of companies that make their money on the backs of the telecom industry’s infrastructure, sometimes cannibalizing the services telcos provide. Until now, telecom providers have been trying to fight the threat by limiting access, slowing speeds, and creating their own competing services. But that strategy hasn’t worked, so they’re beginning to cooperate instead.

Netflix and U.S. cable provider Comcast announced a partnership whereby Netflix will pay to access Comcast’s network directly. The deal will increase streaming speeds for Comcast users by as much as 30 percent, and Comcast will generate revenue that may offset infrastructure investment. Telcos are becoming smarter by teaming up with OTT players, instead of fighting them. Their mutual success is dependent on friendly cooperation and collaboration, not fights that degrade service and customer satisfaction.

Our take: This is a 180-degree turnaround from past years, which saw telecommunications companies seek to create their services to compete head-on with OTTs with their own services. But, met with limited success, some players like Comcast realize that they would rather seek cooperation than try to compete or impede services like Netflix. Telcos may have finally realized a grand tenet of customer strategy -- it’s not about finding customers for your products, it’s about finding the right products for your customers that meet their needs and serve them where and how they want to be served.

Consumer electronics giant Samsung unveiled its new flagship phone the Galaxy S5, powered by the Google Android operating system. But more notable is Samsung’s continued push into wearable technology with its updated smart watch line-up and new fitness band Gear Fit. With its marketing and distribution might, Samsung could drive adoption of yet another form factor of mobile devices into the mainstream. To power their new slew of devices, Samsung is set to introduce new digital services such as its music service Milk Music, following the footsteps of Apple’s iTunes.

Noticeably absent from the conference was Apple, which around the same time announced its first foray into automobile operating systems, set to power the next generation of cars from Ferrari, Mercedes Benz, and Volvo.

Our take: The show was full of wearable gadgets and embedded Internet-enabled devices. All of these products and services reflect that the “telecom” industry is expanding into other areas of our lives. Telecom is actually everywhere. Innovators are pushing boundaries, and traditional companies will need to keep up. Tomorrow’s digital, phablet, tablet, laptop, smart watch, fitness band and mobile phone-wearing, digital consumers will require ubiquitous connectivity for all of their devices. At a minimum, this creates an opportunity for telecommunications carriers to provide data connectivity to consumers everywhere. But the bigger opportunity might be in providing commerce, entertainment, information and other services to consumers. The question is which players in the digital ecosystem will step in to fulfill the needs of the multi-device wearing digital consumer?

What is notable about MWC this year is the lack of innovation coming from telecommunications carriers, and how everyone else in the digital ecosystem is innovating around them at light speed. Old school telco CEOs are still debating how to protect their oligopolies by challenging regulatory regimes around net neutrality. At the same time, digital CEOs in their 20s are creating services that create billions of dollars of value overnight. It is clear that legacy voice and SMS revenues are set to disappear in a few years. The question is who will develop and benefit from the emerging data services? 2014 was yet another year in which OTTs clearly show who is driving the bus. 2:0. 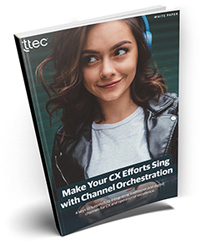 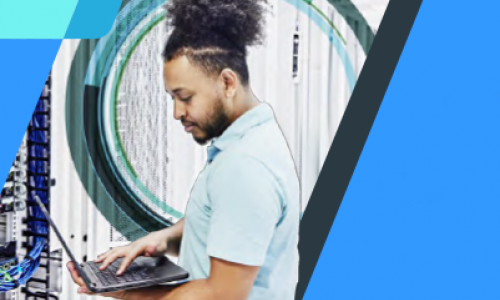 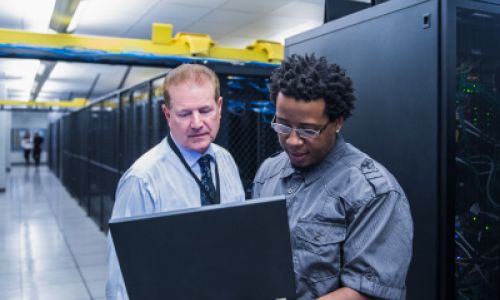