A look at the potential opportunities in emerging African economies 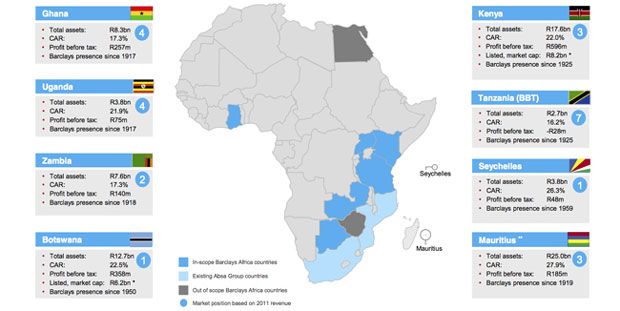 It's no surprise that Barclays made a significant investment in Africa. According to the International Monetary Fund's 2013 Regional Economic Outlook, the Sub-Saharan African economy is now the second fastest-growing region in the world. The IMF projects regional economic growth of 5.5 percent through 2014. Echoing the IMF's projection, the World Bank also predicts that the African economy will outpace the global average over the next three years.

The world's leading financial bodies cite infrastructure improvements, gradual normalization of activity post-conflicts, declining inflation, and emerging new monetary policies for the growth in the region. Yet risk still exists. Internal conflicts, unstable governments, extreme weather, and volatile industries like oil continue to be facts of life in some parts of Africa. However, the IMF reports that "these events, though potentially severe in their impact domestically and perhaps on close neighbors, usually do not have significant effects on the region as a whole."

This enticing environment is fueling international interest in the region. The World Bank predicts foreign direct investment into Sub-Saharan Africa will reach $54 billion by 2015. With an influx of new competition in the region, those that provide exceptional customer experiences will stand out from the crowd.